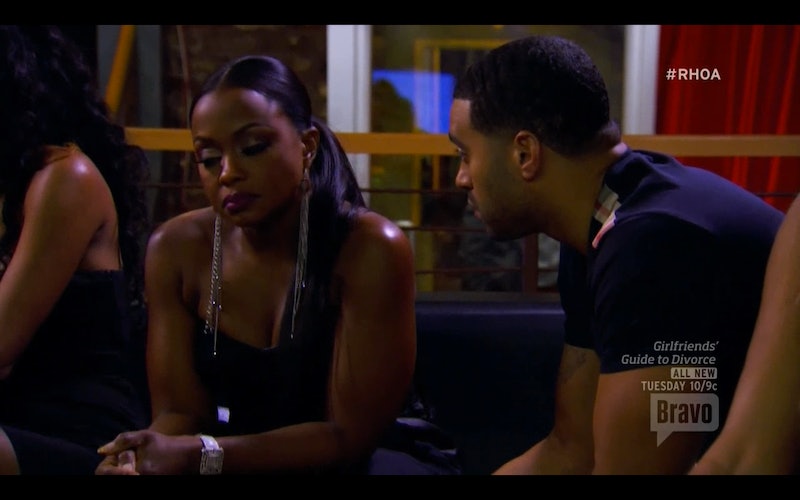 Phaedra's relationship with Apollo has been a big part of this season of RHOA, as he's received some very stressful news, from being convicted of fraud all the way to realizing that his prison sentence might end his marriage. But after taking a backseat in the last two episodes, Apollo and Phaedra met at a party to have a conversation that was maybe the most tense thing I've ever seen on this show, physical fights included. This was just a small scene at the end of the episode, but it made for a very emotional ending, uncommon for what's usually a very funny show. But this week got serious, and their confrontation was more than a little uncomfortable to watch.

Apollo chose to meet with Phaedra in public, at Demetria McKinney's music video party. She looked half-furious, half-terrified, no doubt because Phaedra doesn't like to appear anything less than totally composed on camera. But as they talked, it became clear that Apollo used this public meeting space as a way to manipulate a very unwilling Phaedra to talk to him.

She brought up a good point — if he's so serious about their family, why is he out at this club instead of at home? That could be retorted with the same question — why isn't she at home during this trying time? — but instead, he argued that if she wasn't going to talk to him, why shouldn't he spend all of his time at the club?

Things got even weirder when Phaedra agreed that they should work on their relationship. Apollo gave her a hug that looked more like a stranglehold. If you've ever wondered what it looks like to hug someone who does not want to be hugged whatsoever, this was it. 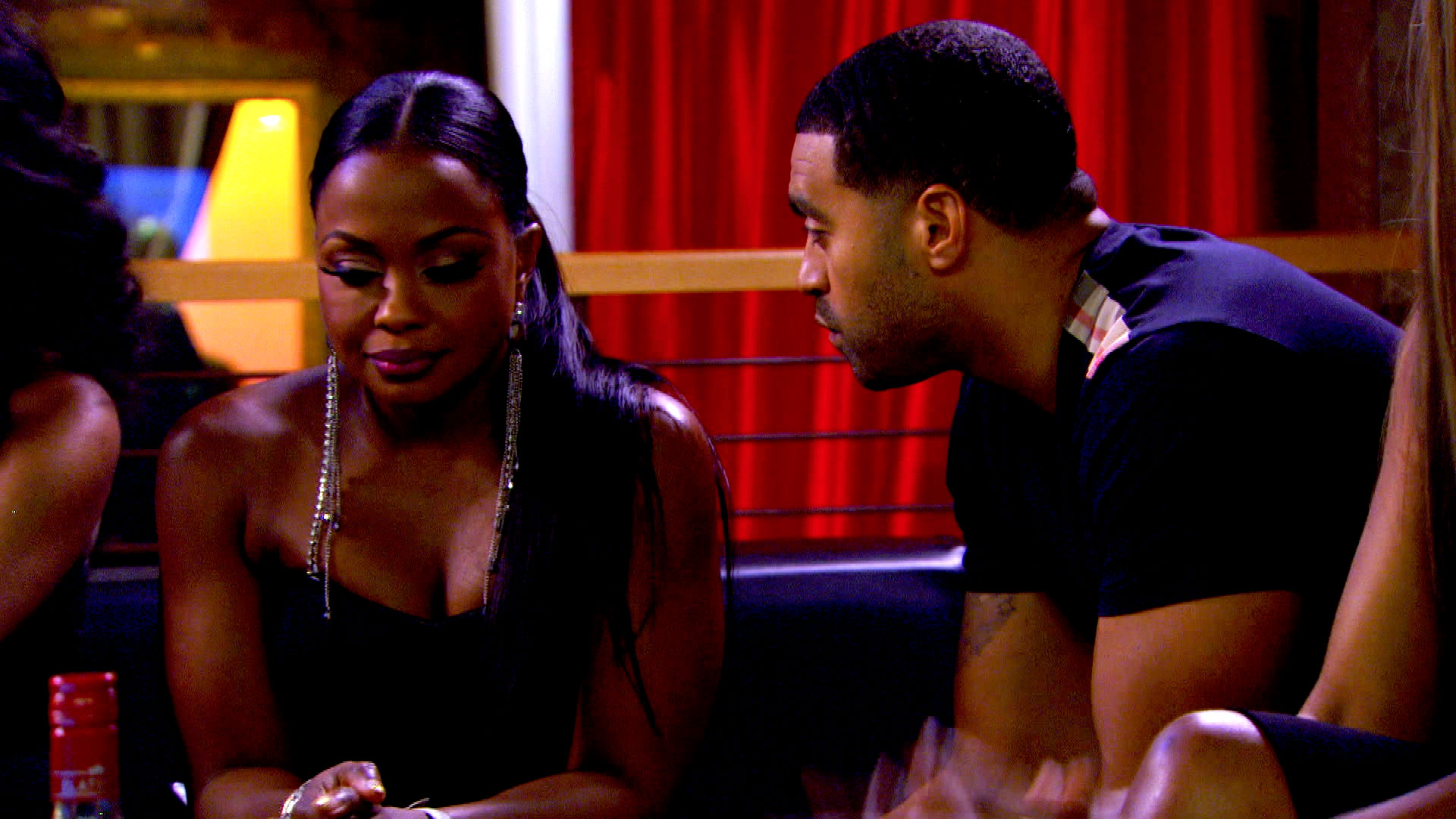 I'm not saying that their relationship is abusive, because I know literally nothing about it, but there was clearly something going on here. Either the last time they talked was an epic fight, or maybe Phaedra was worried about Apollo saying something that she didn't want broadcast on national TV, but there was an element of discomfort that went beyond what we've seen in weeks prior.

Phaedra re-confirmed on the following episode of Watch What Happens Live that she and Apollo are "resolving to dissolve" their marriage, and this episode showed plenty of evidence why they're no longer compatible. Yeesh.

More like this
15 Piping Hot Behind-The-Scenes Secrets From 'Great British Bake Off'
By Emily Dixon and Darshita Goyal
What’s New On Netflix: Ana De Armas’ 'Blonde' & A Nick Kroll Special
By Arya Roshanian
Kourtney Kardashian Says She “Loves” The Changes To Her Body Caused By IVF
By Jake Viswanath
Kim Kardashian Reveals Her Response To Kanye’s Fashion Opinions
By Jake Viswanath
Get Even More From Bustle — Sign Up For The Newsletter