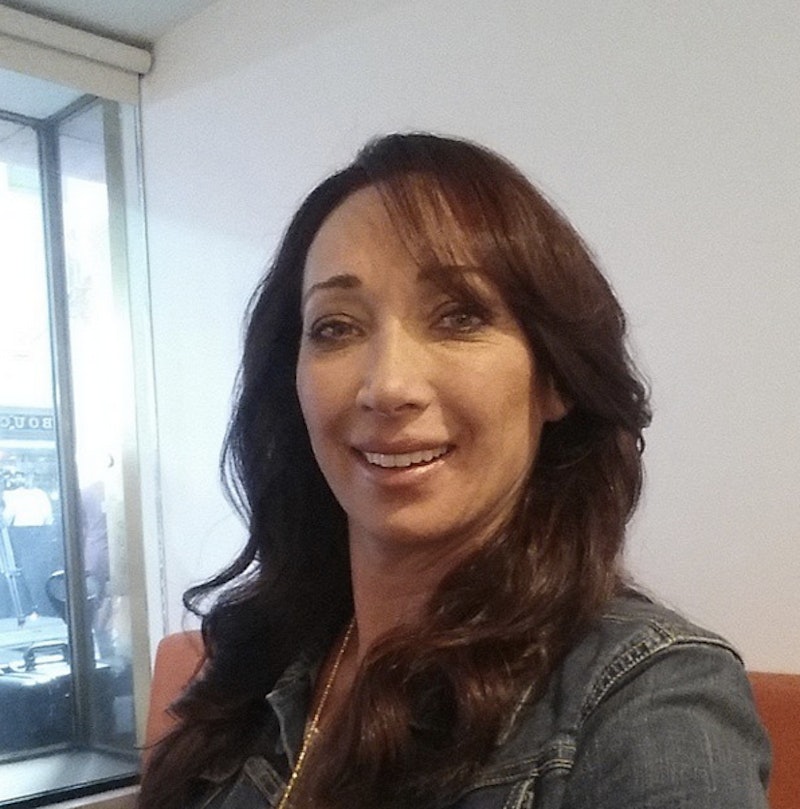 Advent calendars — filled with chocolate or not — are slowly counting down the days until Christmas. While we're also getting oh-so-close to the big holiday (and, for most of us, vacation), the final days of 2014 are approaching. Some people haven't had the greatest year. Other folks have had a really amazing 2014. Amy Van Dyken, who will be featured in ABC's The Year: 2014 on Tuesday night, may seem like she'd fit into the former category, but that's probably not how she sees it. The swimming champion was paralyzed in an ATV accident in June, but has kept a very positive outlook and vowed to walk again.

It's been a long road to recovery for the decorated athlete, but she has maintained a good attitude throughout it all. “There’s been, obviously, a couple of down days, but it usually was from pain and that was usually it,” her husband former football player Tom Rouen told the Today show earlier this year. “She never was like, ‘Why me?’ or anything like that.” Van Dyken will be among the trendsetters and newsmakers of 2014 interviewed on the ABC News special, which will air on Tuesday night and be hosted by Good Morning America anchor Robin Roberts.

During the 1996 Summer Olympics in Atlanta, Van Dyken was the one of the most successful athletes, winning four Gold medals in competitive swimming. She became the first woman to win that many in a single Olympic games. She won two golds at the 2000 Olympics in Sydney, winning a total of six gold medals during her career. Van Dyken has also been a world champion swimmer.

Outside of the pool, she was honored as female athlete of the year by many organizations, including The ESPYs, Swimming World magazine, the Associated Press, and Women’s Sports Foundation. Van Dyken has also been inducted into the U.S. Olympic Hall of Fame.

On June 6, 2014, Van Dyken was involved in a very serious accident while riding an ATV that rolled over and then on top of her. The accident severed her spine in the thoracic region (the T11 vertebra), as reported by the Associated Press. The injury left her paralyzed from the waist down and came close to rupturing her aorta, which could've killed her.

She even had a moment when she stopped breathing. “It was like a whitish green hue around me, and I felt very, very at peace, and I remember just going through it and all of a sudden I woke up and I’m in the hospital,” she told Today. “I don’t know what it was. Was it the tunnel? I don’t know.”

Van Dyken has been able to take some steps with a walker and a mechanical device that attaches to her leg and waist, but she also hopes to one day be able to walk again on her own. She's been working with her trainer on muscle activation.

"He helped me get back to the Olympics after two shoulder surgeries, why can’t he get me back up on my feet now?" she told Today. "We’ve been working with him, we’ll see what happens."

More like this
Everything To Know About Taylor Swift’s 10th Studio Album, 'Midnights'
By Grace Wehniainen and Jake Viswanath
Taylor Swift Wants To Direct A Movie Next — But You Might Have To Wait
By Radhika Menon
Twitter Is Freaking Out Over Rihanna’s 2023 Super Bowl Halftime Show Announcement
By Stephanie Topacio Long
Pro Footballer Zander Murray Is "Blown Away" By Support After Coming Out
By Sam Ramsden
Get Even More From Bustle — Sign Up For The Newsletter