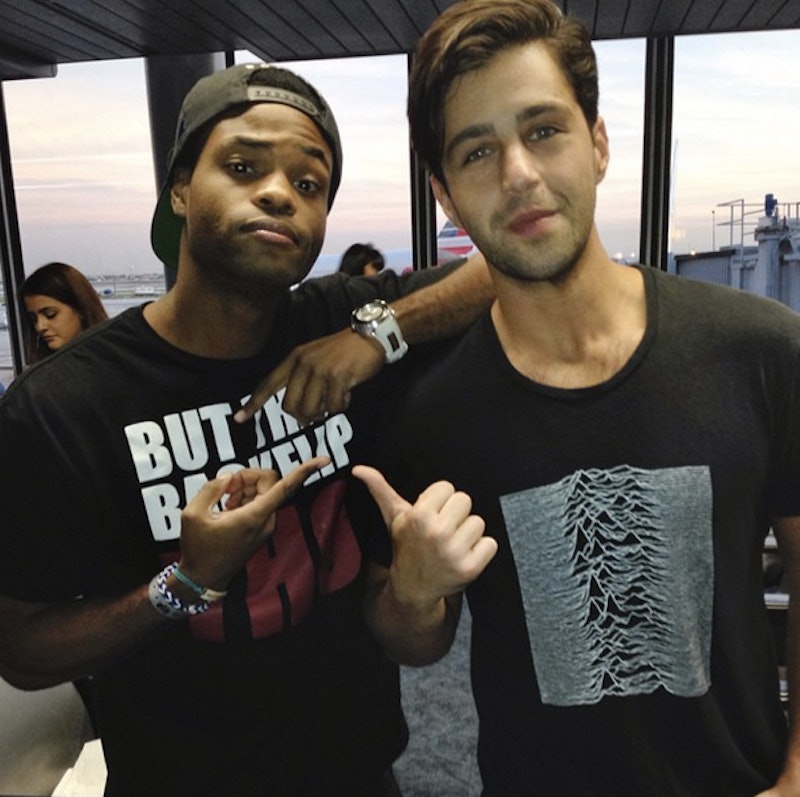 Vine burst onto the app scene with its thrilling six-second video capability and had a banner year in 2013, especially when it expanded to welcome Android users. Sure, Vines are reminiscent of GIFs, but there's just something cool and challenging about a time-limited vid. Soon after "making a Vine" became a thing, Instagram added video as well. The photo-sharing juggarnaut's videos can be more than double the time of a Vine — 15 glorious seconds — but that hasn't slowed down Viners. In fact, these six-second wonders decided to work together and make some LOL-worthy Vine collaborations in 2014.

After all, you can only do so much in six seconds by yourself. Viners like Nash Grier, KingBach, KC James, Lele Pons, Brittany Furlan, Brandon Bowden, and Nickelodeon alum Josh Peck have been making special guest appearances in each others' vids all year — and the results are hilarious! And the collabs certainly don't hurt their follower counts. And some of these guest stars aren't just Viners, but celebs from mainstream media. Not to mention the Vine stars that have inked partnerships with some brands. Here are some of the best collaborations between Viners that caught my eye this year.

And there's so many more. These Vine celebs love working together and will likely continue to do so into 2015, so stay tuned!

More like this
Victoria Beckham Loves Teasing David About His “Sticky” New Hobby
By Sam Ramsden
Confusion Reigns After Kanye Changes His Instagram Profile Pic To Kris Jenner
By Jake Viswanath
The Try Guys Cheating Scandal, Explained
By Grace Wehniainen
Dixie D’Amelio & Noah Beck “Love Each Other” Despite Breakup Rumors
By Julia Emmanuele, Jordyn Tilchen and Grace Wehniainen
Get Even More From Bustle — Sign Up For The Newsletter