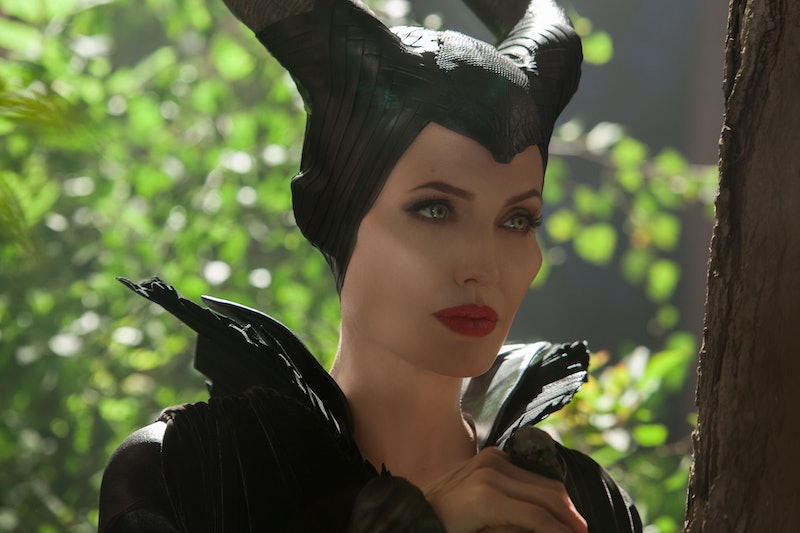 Well, this is disappointing. Despite the apparent surge of feminist-friendly films that seemed to be pioneered by 2013's offering Frozen, it appears that when you actually look at the numbers then things aren't improving as quickly as we might have hoped. 2014 gave us some truly excellent feminist films, don't get me wrong. After all, we had Reese Witherspoon leading Wild to the box office and, of course, an epic performance by Angelina Jolie in the very feminist Maleficent, which gave the Sleeping Beauty fairy tale the best twist you could ever hope for it to have. However, those films weren't enough to compensate for year's overall failure to make this the greatest year ever for lady films.

And, no, by "lady films," I don't just mean films from ladies starring ladies for everyone to enjoy. That would be awesome, but I'm willing to wait for such an impossible dream. When I say that 2014 failed us in the realm of lady films, I mean that 2014 failed us in terms of films that ubiquitously passed four very simple criteria. I examined 120 films, from January's Paranormal Activity: The Marked Ones to December's Unbroken, from film festival offerings like Boyhood to mainstream blockbusters like Captain America: The Winter Soldier, from "chick flicks" like About Last Night to "rugged action films" like The Expendables 3. It was, essentially, as comprehensive a list as I could make it. Then, I asked the following questions about each film:

It should come as no surprise to note that most of the 120 films utterly failed to answer "yes" to all four of the criteria, let alone more than one. Some failed to answer "yes" to any of them at all, leaving me in quite a disappointed state. Which films did fulfill all the criteria? The most surprising one was probably the horror movie Ouija. Not only did Ouija have a predominantly female main cast (you know, before everyone started dying), it also highlighted the main character's bond with her best friend and her sister and passed the Bechdel Test with flying colors.

Then you have films like Lucy. Lucy fulfilled half of the criteria with a female main character that talks to a named female character about something other than men, but, as the entire movie was a cerebral work about Lucy's inability to connect with anyone (except maybe Morgan Freeman), it failed at highlighting a significant bond with another female. And, sadly, Lucy was, for the most part, the only woman in the movie, failing the fourth criteria as well.

As for the most surprising film to fail every single one of the criteria, that dubious honor goes to X-Men: Days of Future Past. It comes as no surprise that, considering it was advertised as a Wolverine, Charles Xavier, and Magneto movie, the film did not have a female main character. (Except Jennifer Lawrence, who dominated the ad campaign.) However, despite the number of female X-Men that exist, it appears that they were all too busy to ever talk to each other much at all, let alone about something other than men. And, naturally, the cast wasn't predominantly female at all.

Essentially, all I've learned from this study is that even when I can point to a number of films with feminist themes, that doesn't necessarily mean that things are getting better in Hollywood for female characters in films. And, just because the word feminist is being brought up more now than it ever has before in my short history of life, doesn't mean that the movement has advanced so far that we can relax and stop fighting.

More like this
UK Viewers Will Have To Wait To Watch The Handmaid’s Tale S5
By Maxine Harrison
What’s New On Netflix: Ana De Armas’ 'Blonde' & A Nick Kroll Special
By Arya Roshanian
These 25 International Horror Movies On Netflix Prove Fear Is A Universal Language
By Bustle Editors
12 ’90s Movie References You Missed In 'Do Revenge'
By Radhika Menon
Get Even More From Bustle — Sign Up For The Newsletter