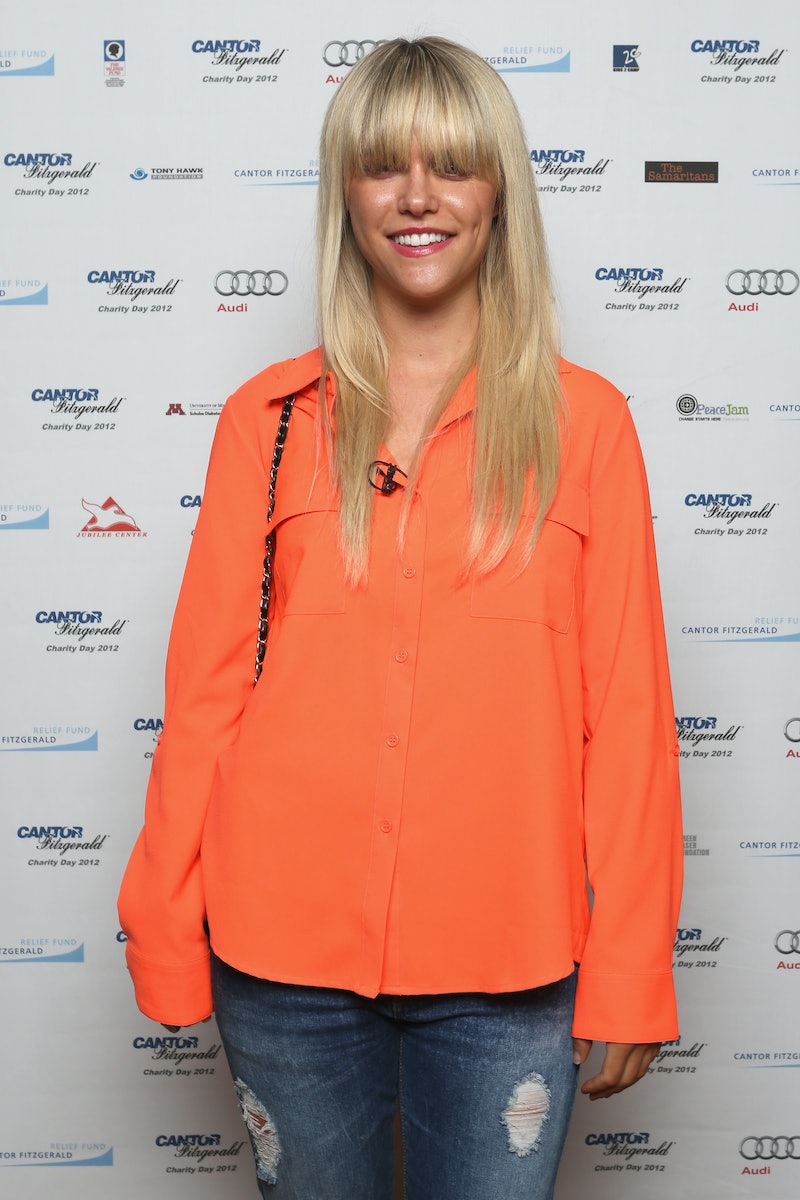 Oh, Guiliana Rancic, you angel in an awards show gown, you. Everybody's favorite little buddy E! News anchor, Jason Kennedy, is getting married, and it's all thanks to HBIC, Giuliana. After she interviewed model Lauren Scruggs, who was severely injured in an airplane propeller accident, she must've thought something along the lines of, "Huh. This girl is incredibly sweet and nice, and so attractive it's almost painful to look her directly in the face — I think I know someone else like that." Whatever Giuliana's exact thoughts were, they were right, because she set the two up and now we'll get to watch their wedding.

Kennedy and Scruggs were engaged in May and wed earlier this month, but The Kennedy Wedding: Jason and Lauren Get Married airs Monday night on E! at 8 p.m. The road to Jason and Lauren getting married was actually a fairly short one, but it involved miraculous recoveries, shared faiths, and the distance between Kennedy's home in Los Angeles, and Scruggs' life in Dallas that turned into a fairly public love story. As a news anchor, many know everything and nothing about Jason Kennedy, but what about his now wife? Here's what you should know about her.

Scruggs' terrifying experience with a plane propeller may be one of the first things people know about her, but rather than just a freak accident, it's become the thing that brought her and Jason together and has helped her reach so many others. In 2011, almost exactly three years ago, Scruggs was exiting a private plane in McKinney, Texas and accidentally walked into a still-spinning propeller. The accident severely injured her face and shoulders, and left her without a left eye or hand. A year after her miraculous but brutal recovery, Scruggs penned a memoir of the event — Still Lolo: A Spinning Propeller, a Horrific Accident, and a Family's Journey of Hope — that gave her a "new perspective" on the world where she openly and honestly talks about the physical and emotional struggles that came with readjusting to life with prosthetics

Lauren is the founder and editor of a popular fashion blog, LOLO Magazine, which she started before her accident. In 2011, she had also worked in the wardrobe department of Gossip Girl and as a model. These days, Lauren continues to grow her brand. LOLO is described as the ultimate lifestyle experience, integrating fashion, food, beauty and health industries. Along with fellow fashion bloggers like Kourtney Kurr, Lauren made a huge name for herself in Dallas, and now she's bringing her sweet fashion sense to the masses.

Scruggs has gone on to do great things with other people who have survived tragic accidents. Along with Bethany Hamilton, the surfer who lost her left arm in a 2003 shark attack, Scruggs co-founded the Beautifully Flawed Retreat for girls who have lost a limb in traumatic accidents. She's also starting a foundation to assist in providing prosthetics for people who need them when their insurance companies view them as a "luxury," and is publishing another book in 2015.

Jason Kennedy has always seemed like a great catch, and it looks like he's met his match in Lauren. Tune into their wedding special Monday on E! at 8 p.m. to revel even more in all of their shared character and grace.