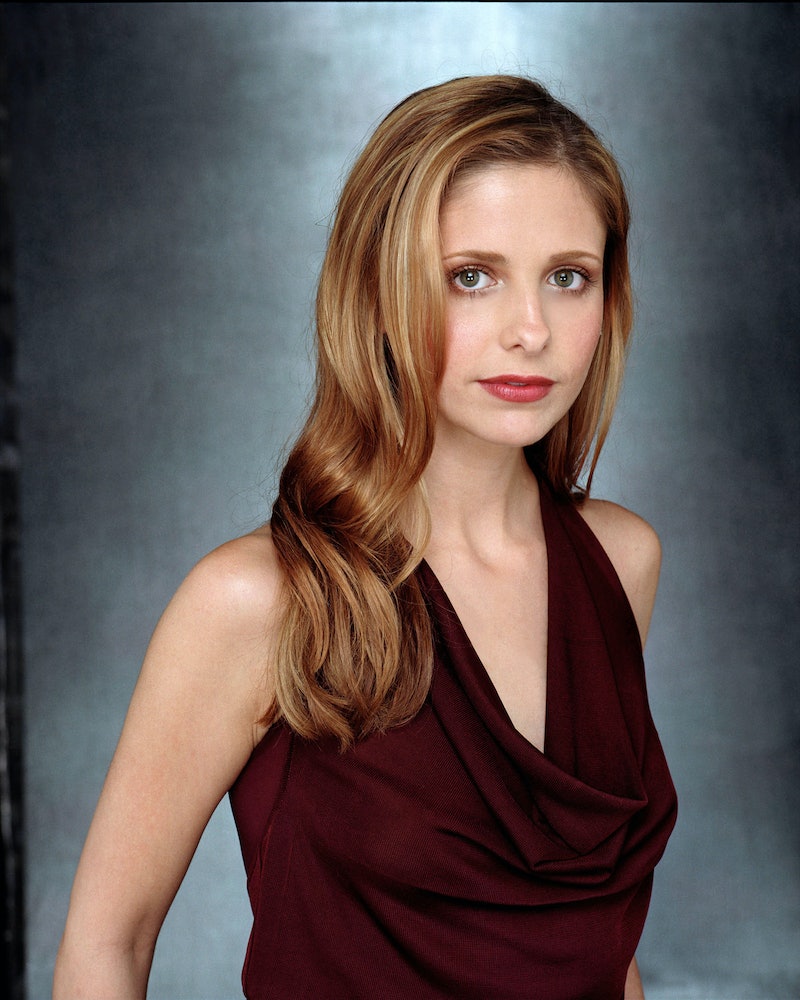 Thanks, social media: I've recently been informed that today is Short Girl Appreciation Day, a holiday united under a hashtag (the predicted #ShortGirlAppreciationDay) and a likely disdain for getting things off the top shelf. Finally, somebody's focusing on the annoyance of being treated like a baby doll, a child, that feeling of constantly not being taken seriously and subsequently having to dream big. Fortunately, what we lack in height, we seem make up for in media representation: short girls dominate the small screen, and typically, they kick ass.

To clarify, being petite is hardly the worst handicap one could have. From my experience, though, it's certainly a little irksome. I'm actually five-foot-three, just making the cut-off of what typically defines short, and you'd never know it. To compensate, I've spent the last decade laced up in high heeled boots or six inch stilettos, giving off the impression of feminine dominance. Yet as I get older, I'm starting to realize: even when I lack my trademark arch and am reduced to nothing but reindeer-print socks, I still strike fear into the hearts of men. How? I just take a cue from these ladies.

Carrie Bradshaw from Sex and the City

Carrie, like me, embraces high heels, but shrinks exponentially when forced to kick off her silver Manolo Blahniks at a baby shower. "Now I'm so teeny I might bump my head on the coffee table," she laments, pouting. Whatever, Carrie, you're still an accomplished writer that heads the New York glitterati, not to mention probably the most iconic female television icon of the past two decades.

"The part that gets me, though, is where Buffy is the vampire slayer. She's so little!" Jenny Calendar (R.I.P.) says it best, Buffy does not look the part of a savior of worlds. But in spite of her diminutive frame, it's Buffy alone that defends Earth against the vampires, the demons, and the forces of evil.

At five-foot-one, Veronica Mars seems to be delicate pixie with blonde hair and fine features. Bitch, please. Armed with her camera, her keen observational skills, and buckets of snark, Veronica is a modern teen sleuth that even Sherlock Holmes would tip his cap to. On a related note...

Lucy Liu is under five-foot-four, but she holds herself high, especially while playing Dr. Watson in the non-Benedict-Cumberbatch modern take on Sherlock. In Elementary she's just your average former surgeon who casually settled into being a consultant detective, NBD. Rest assured, she's not there to validate Sherlock's ego.

Summer Roberts from The OC

Everyone underestimates Summer and to be fair she debuts as a shallow valley girl caricature. However, her character growth on The OC remains the most fascinating, as she manages to score a spot at an Ivy League school and ultimately becomes a celebrated environmentalist. Most importantly she does this while maintaining a stronghold on the heart of the dreamy Seth Cohen, a feat any girl would hold in high reverence.

I want to be 110 percent upfront about this, as I am fearful of losing the shreds of my street cred: I do not watch Glee. That is to say, I do not make a point, week after week, to sit down and subject myself to Kidz Bop worthy Nicki Minaj covers. BUT my mom is a major Gleek, and in passing I've noted the incredible fortitude of Rachel Berry. Though sometimes cutthroat and, let's face it, insufferable, Rachel survives as the unstoppable powerhouse of the series, and that warrants snaps.

Leslie Knope from Parks and Recreation

Though she never quite gets the respect she deserves, nobody can deny Leslie is a fighter, one that shows perseverance and optimism can be wielded as weapons. And hell, if the Parks and Rec flash forward is any indication, she is KILLING it in the future.

I guess it's debatable that Hannah herself is powerful, per se. She got into grad school and held a job at GQ for a rough five episodes, that definitely shows progress. Ultimately, though, she scores a spot on this list for embracing a look less conventionally seen on television (being "13 pounds overweight," as she calls it) and let's face it, we forever appreciate that she marches to the beat of her own drum.