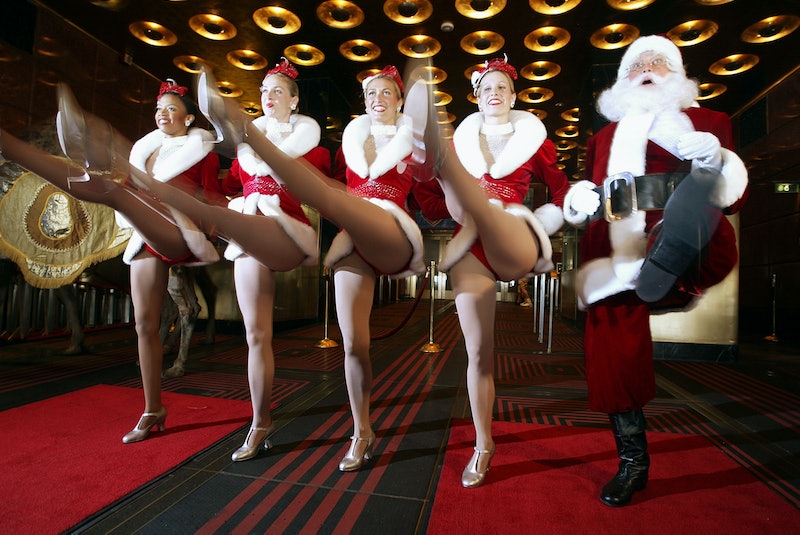 When it's this close to Christmas, your options on TV are usually limited to things like It's a Wonderful Life and A Christmas Story. Not to knock down either of those, but they are long and you've probably seen them each a million times. Luckily, there are TV Christmas specials available on Netflix that you can sit down and watch, whether with your family or alone because you’ve already had enough family for the holidays. Shows like Doctor Who have Christmas specials every year, which means you have a brand new Christmastime TV party watch-list, because let’s face it, not everyone at home will agree with what to watch during the holidays.

Unfortunately, if you're like me, you're already dreaming about the Sherlock Christmas special that is a year away. Don't worry though, because until that magical moment in 2015, there are plenty of things to take its place.

Netflix officially started their own animated series for adults about a “humanoid” horse. The horse is pretty much an animated version of a washed up Mr. Ed with a drinking problem starring Will Arnett, Amy Sedaris, Alison Brie, Aaron Paul, and lots of other people you like a lot. It’s new, so you can catch up on all the episodes before you watch the 25-minute Christmas special.

OK, so you don’t live in New York, but you would like to see the Rockettes doing their Christmas thing. Well, thanks to Netflix, you can. The Radio City Christmas Spectacular show from 2007 is available for streaming on Netflix. At least you can pretend you are in New York City while you watch this, except you’ll be warm in your house, which is even better.

You can find the Futurama Holiday Spectacular on Netflix, from Season 7. It originally aired in 2010 and is split into three segments where Bender and the rest of the crew have to save the traditions of Christmas, Robanukah, and Kwanzaa.

It's Always Sunny in Philadelphia

Although it aired as part of the sixth season, this It's Always Sunny episode was released as a Christmas special in 2009 and was an hour long instead of its normal 30 minutes — and it’s available for your viewing pleasure on Netflix. This is one of the best holiday specials you will ever see, I promise.

The Legend of Frosty the Snowman

This special originally went straight to DVD when it came out in 2005, but has since aired on Cartoon Network every holiday season as one of its Christmas specials. Sometimes on Christmas eve, you just need cartoons.

Mickey's Once Upon a Christmas

1999’s Once Upon a Christmas includes a few Mickey Christmas shorts, such as "Donald Duck Stuck on Christmas," "A Very Goofy Christmas," and "Mickey and Minnie’s The Gift of The Magi." If you owned this on VHS as a child, you shouldn't be at all ashamed to watch it again as an adult.

All of our favorite Dreamworks cartoons have Christmas specials, including Shrek, Madagascar, The Penguins of Madagascar, and How to Train Your Dragon. So instead of watching the regular versions of these movies, you can watch something you most likely haven’t seen and get in the holiday spirit.

More like this
Mike Flanagan Teases 'The Midnight Club' In This Exclusive, Creepy Clip
By Grace Wehniainen
Netflix Reveals First Look At Wednesday In The 'Addams Family' Spinoff Series
By Bustle Editors
These 25 International Horror Movies On Netflix Prove Fear Is A Universal Language
By Bustle Editors
Lindsay Lohan & Jonathan Bennett Celebrated Mean Girls Day Very Differently
By Jake Viswanath
Get Even More From Bustle — Sign Up For The Newsletter