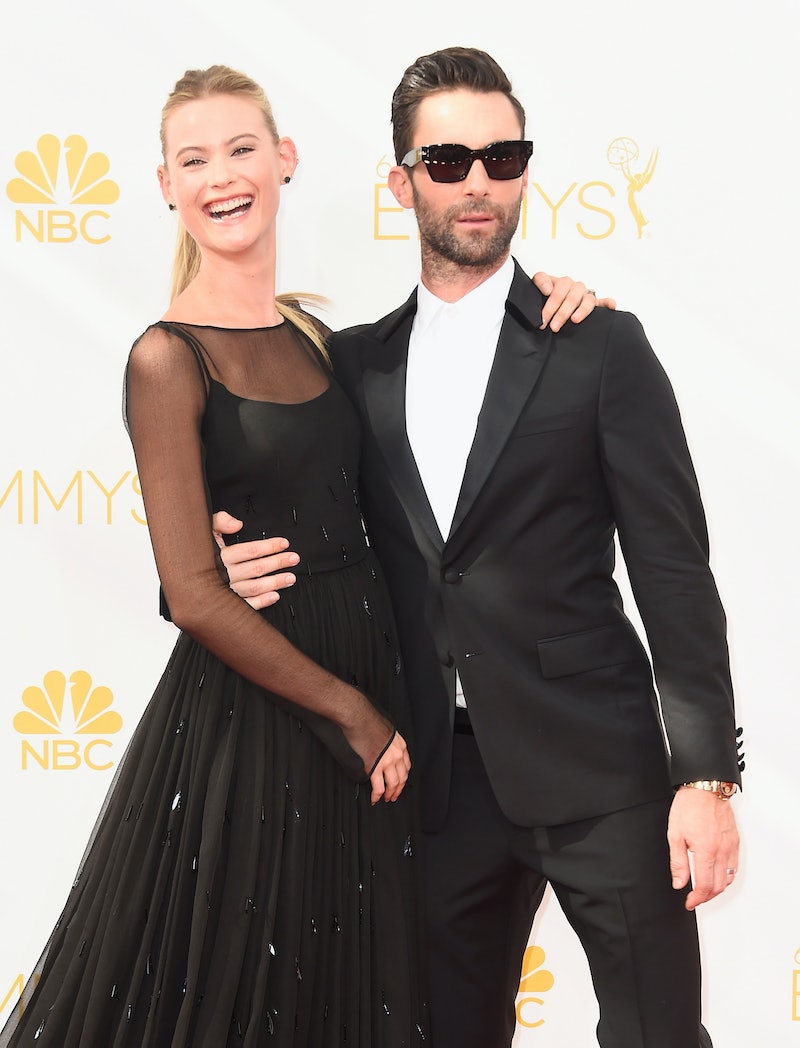 Ever find yourself lazing about on your laptop on a Saturday afternoon, thinking, "Gee, I really wish someone were judging my looks in real time online right now"? Yeah, me neither — at least, not since my middle school LiveJournaling days. You see, back then, there were these LiveJournal communities with names like xxGorgeousx or x___eLiTe__Xx or whatever; it was all very Gossip Girl. You would apply to them by submitting a photo or two of yourself and filling out a questionnaire, and members would proceed to vote you in or out. Vain 13-year-old me ate stuff like this up (as if middle school itself didn't afford enough opportunities to have my looks/menial details about my personhood judged harshly in a public forum).

Well, a few weeks ago, my lovely editor shot me an email asking me to try out a dating site that, for all intents and purposes, sounded like 2014's answer to the douchey LiveJournal groups of the mid-aughts. It's called Beautiful People (dot com!), and it recently made waves when applicants reportedly underwent drastic makeovers in order to gain admission. Its homepage offers the following tantalizing promises:

Well, if there are two things I hate, it's riff raff and FAKE beautiful people, so why the hell not? It should be mentioned that I've never really dabbled in online dating, not even Tinder. I mean, I haven't been single since my freshman year of college, and back then I met all my dudes at frat parties and favored a busted-up BlackBerry Curve. So! This was something of a great experiment for me.

To join Beautiful People, you fill out a brief application, which looks like this:

And yeah, you do have to fill in every section, including your weight. I threw my scale out over a year ago, so it's entirely possible that I gave more of a goal weight. Oh, and also, I listed myself as being in a relationship, but open to party invites. Both true!

Anyway, then you upload a photo, and so begins your 48 hours of judgment, during which the website's opposite sex members (I don't remember being offered a non-hetero option, although it's possible I missed it) proceed to vote you in or out by hitting one of the following buttons:

They correspond, from left to right, to the following charming categories: Absolutely Not, No, Hmmm OK, and Beautiful. As you could probably guess, you need to get enough Beautifuls, or at least Hmmm OKs, to outweigh any negative votes.

I've heard my friends strategize and occasionally agonize about picking the right photos for their dating profiles. I haven't been in a cute photo sans boyfriend for, like, two years, so I decided to go with the portrait I use for my Bustle bio. It's this bad boy:

Kinda cute, right? WRONG! Because a minute later, my application screen looked like this:

Absolutely not? ABSOLUTELY NOT?!?!?!? As IF I would take that lying down. I remembered one of my online dating-savvy friends extolling the importance of varied photos a few months ago: "You want some of your face, you want some of your body, you want some being goofy, you want some smiling normally, you want at least three different hairstyles," she said, ticking off her fingers. At the time, I think I was like, "Friend, that is some serious Barbie overkill," but, you know. I didn't want to be an Absolutely Not!

If you can't already tell, my self-esteem requires constant coddling.

I uploaded a few more photos, including one hair down (bonus: sheer shirt):

One from the most glamorous Hamptons party I have ever attended, to show how fun and purple I am (gentlemen, if you can get me back into Sir Ivan's again, do reach out):

And one that was actually taken this year, unlike literally all of the rest of these photos, which are from when I was 21 and still cared about makeup:

And then I waited.

The tides turned minutes later, and, with my ego fortified, I promptly forgot about this for a few days. By the time I checked the site again, I was in.

From there, it seemed like a regular-enough dating site to me, with some vaguely British twists (people keep "blinking" at me instead of winking). I have an inbox, and as of yet, it contains not-too-vile messages. One guy did say my username is a tongue twister, which, okay, it's my just my super-common first plus my super-common middle name, so, dumb. But not vile, which is a pleasant surprise. I've heard those OKCupid horror stories.

So far, I'm lurking more than I'm participating, like the SUBPAR Beautiful Person I am. I did partake in a little for-funsies voting this evening...although, the only person I've thumbsed-down so far posted a photo of his sports car and not himself, because, come on.

Because it has to be said: Not everyone on the site is a hands-down 10. I got some pals to weigh in, too, on account of that whole looks-are-subjective thing, and they agreed. One of my friends actually said she'd bang any of the dudes I showed her, but she's Going Through Something right now. Anyway, there ARE some qts to be found, at least in my opinion, but the ratio's not really any higher than it would be at a good bar downtown on a Thursday night.

As for members' personalities, who cares?! This is about looks, not brains, people. No, I'm kidding, I'm sure that there are some nice folks in the mix, although you have to expect a disproportionate number of jerks on a site designed to weed out the less-than-gorgeous. They can't all be intrepid sex bloggers like me, you know?

Also, there's an events page that currently lists a few upcoming parties in Brazil, London, Germany, etc. There's a forum that I can't access without spending money. You can see info like this about people who have shown interest in you:

So, all in all, Beautiful People seems like a pretty normal way to search for love, "fun and flirts," and party invites, barring the whole attractives-only gimmick. Is it worth putting yourself through the stomach-turning feeling of watching hundreds of people rate you as unattractive? I don't think much of anything is, but that's just one reporter's opinion.

More like this
I Spent 2 Years Trying TikTok’s Dating Advice
By Kailynn Johnson
Here’s What TikTok's "Mascara” Trend Is *Really* About
By El Hunt
The 3 Zodiac Signs Most Likely To Get Married Later In Life
By Kristine Fellizar
4 Zodiac Signs That Will Take Forever To Admit They Like You
By Kristine Fellizar
Get Even More From Bustle — Sign Up For The Newsletter
From hair trends to relationship advice, our daily newsletter has everything you need to sound like a person who’s on TikTok, even if you aren’t.