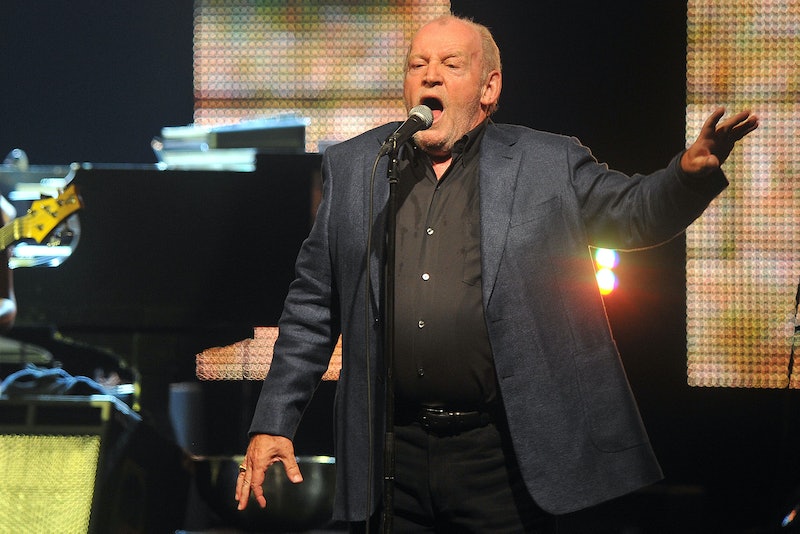 Iconic rock star Joe Cocker, who had one-of-a-kind blues-y vocals and earth-shattering riffs, has passed away at the age of 70 due to lung cancer. According to TIME, the English-born Cocker—who leaves his undeniable impact on the music world behind — died in his home in Colorado. Cocker's agent told BBC News, "It will be impossible to fill the space he leaves in our hearts."

The Grammy-winning musician (who was named one of the 100 Greatest Singers by Rolling Stone ) is best known for his cover of The Beatles' classic "With a Little Help From My Friends," which played as the opening theme to the beloved television series The Wonder Years. While there are countless covers of that song, Cocker's is, and always will be, the gold standard.

But that's not all Cocker, who was honored with an OBE in 2007, known for. Here are some of the other tunes that defined Cocker's legacy, and ones you should definitely listen to in his honor today.

When you think of the 1982 film An Officer and a Gentleman, you think of the iconic scene in which Cocker's duet with Jennier Warnes, "Up Where We Belong." The chart-topping smash would go on to win a Grammy and a Golden Globe and has remained one of the most memorable musical moments on screen.

If you're able to make it through Cocker's 1975 hit "You Are So Beautiful" without shedding a tear, especially in light of today's news, you are made of stone.

Originated by the band Traffic, Cocker made the groovy "Feelin' Alright" all his own in the early 70's.

Cocker's "High Time We Went" appears on his Greatest Hits album, and with good reason.

Rolling Stone named "Cry Me a River" one of Cocker's "key tracks." Watch and listen to his rendition with Leon Russell below. But, be warned, it may cause some serious face melting.

Rest in peace, Joe. Thanks for the rockin', timeless tunes.

More like this
The Spice Girls Just Dropped A Brand New Music Video
By Sam Ramsden
Kate Bush Revealed The Real Meaning Behind 'Running Up That Hill' Lyrics
By Darshita Goyal
The Bling Ring's Alexis Neiers Has Come A Long Way Since Her 'Pretty Wild' Days
By Sophie McEvoy and Arya Roshanian
15 Offensive AF Jokes In 'Friends' That Really Aren't OK
By Tolly Wright, Bustle Editors and Meguire Hennes
Get Even More From Bustle — Sign Up For The Newsletter