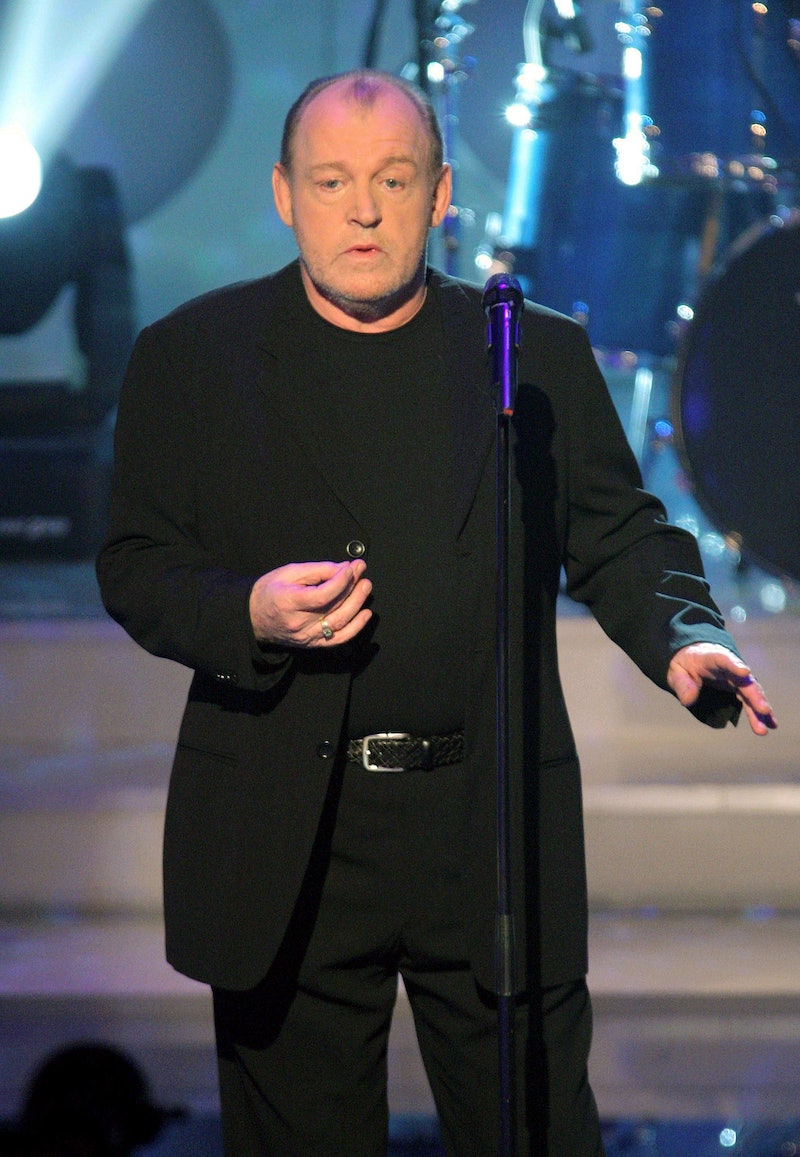 With the loss of a prodigious and trailblazing talent, today is a sad day for the music industry and the world. Famed songwriter and musician Joe Cocker has passed away at the age of 70 in his Colorado home. As an influential force in rock, blues, and folk music, celebrities are reacting to Joe Cocker's death on Twitter with reverence and sadness.

On Monday, Sony Music released an official statement announcing Cocker's passing to the public, confirming that the classic rock iconoclast lost his life to lung cancer. The "You Are So Beautiful" singer leaves behind an illustrious legacy for blues and folk players everywhere. Over the course of his near half-century career, the British-born musician produced nearly 40 albums. His iconic cover of The Beatles' "With a Little Help From My Friends" became the score for the intro of The Wonder Years.

In 2007, Cocker received an OBE from the Queen of England during her Birthday Honors. However, he hasn't been inducted into the Rock & Roll Hall of Fame, which Billy Joel called out at a concert in December, saying: “I’m amazed that he’s not yet, but I’m throwing in my vote for Joe Cocker.”