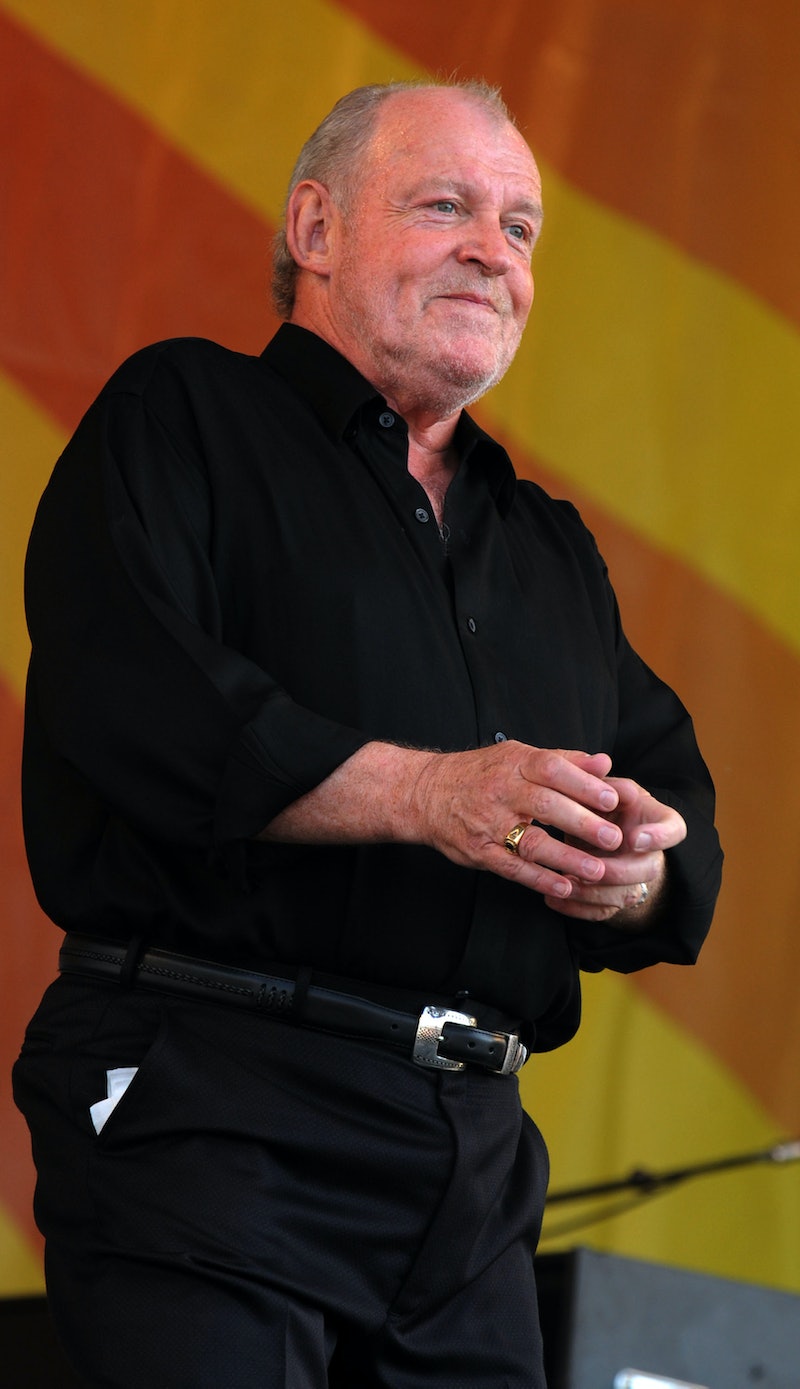 On Monday, it was reported that legendary British rock singer Joe Cocker died at 70 due to an undisclosed illness after reportedly battling lung cancer. He was known for many hits, like The Wonder Years theme song, "With a Little Help from My Friends," a cover of The Beatles song. Cocker touched the lives of many through his voice and talent, which is apparent through his many fans reacting on Twitter about his passing.

The tributes are just beginning for the man who brought to life so many hits, and we here at Bustle thought we should honor Cocker through a look at some old pictures. As we all know, pictures are worth a thousand words, which is exactly true when you browse through images of Cocker in his prime. Not only did he have that rock star hair, but he also embraced the style of the '70s and '80s perfectly. There's no doubt this man loved his career as a musician, which is easy to tell just by looking at these few photos. From him sweating and rocking out to him grinning ear to ear, Cocker was a natural on stage.

He'll forever be missed, but definitely not forgotten. Let's take a look at Cocker during the times he was making a name for himself, becoming one of the most talented in the biz, and, of course, doing what he loved most.

Sporting That Rock Star Long Hair Like No Other

Cocker With an Inquisitive Expression on His Face

Really Rocking Out on Stage

Grinning Ear to Ear While Performing

Cocker and a Little Help From His Friends

KISS Had Nothing on Him

Yep, he sure was a natural.