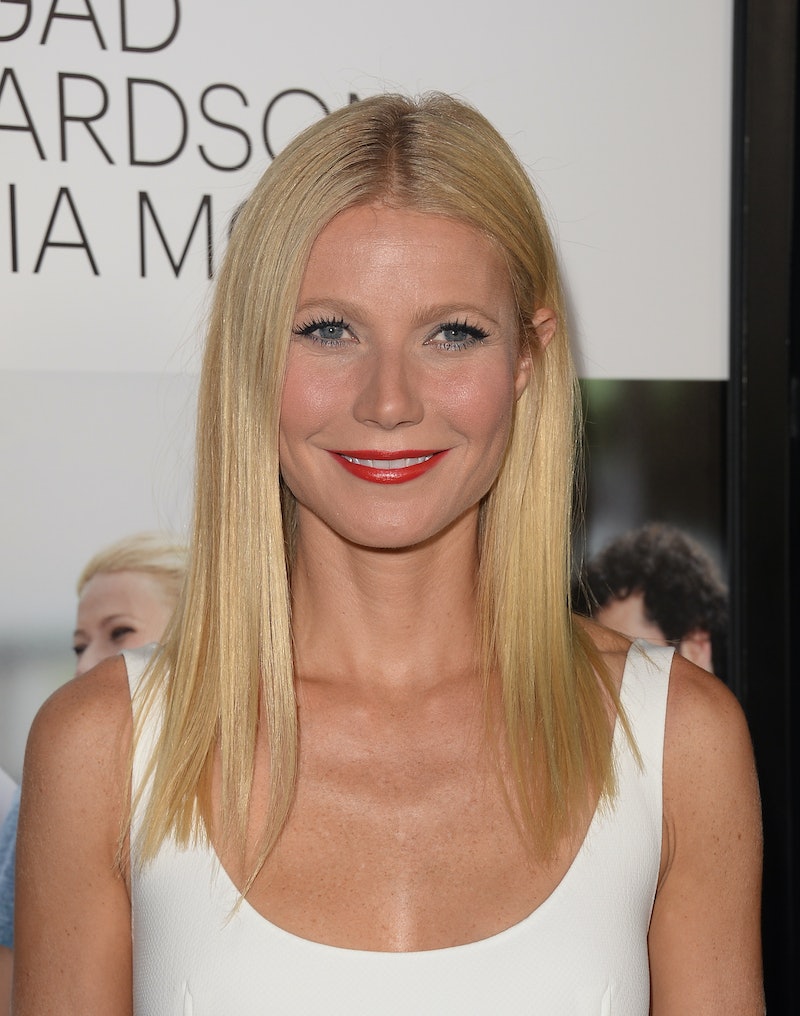 She might be a talented actress who once won an Oscar, but Yahoo seemingly wants nothing to do with Gwyneth Paltrow. According to a piece posted in New York Times Magazine, Yahoo CEO and current president Marissa Mayer wouldn't hire Gwyneth Paltrow, and it has nothing to do with her cooking. Apparently, Paltrow's lack of education left a bad taste in Mayer's mouth. Per the article,

Even though the actress Gwyneth Paltrow had created a best-selling cookbook and popular lifestyle blog, Mayer, who habitually asked deputies where they attended college, balked at hiring her as a contributing editor for Yahoo Food. According to one executive, Mayer disapproved of the fact that Paltrow did not graduate college.

If this is true, I guess it goes to show you that even if you are famous for starring in popular movies, were once married to Coldplay's Chris Martin, and have a website called Goop, that doesn't mean you will automatically become a contributor at a top company. Some will take Mayer's reported comments as either a positive or negative thing. On one hand, people might argue that just because someone doesn't have a degree doesn't mean they shouldn't be considered for a job. On the other hand, others might high-five Mayer for wanting someone educated and experienced in the field to fill the position.

Now, I have nothing against Paltrow, but as a journalist who attended both undergrad and graduate school for a total of six years it can be quite discouraging and upsetting to see someone get a writing job, broadcast position, or any journalistic position just because they are famous and will help with ratings or hits. If you ask me, education matters — a lot.