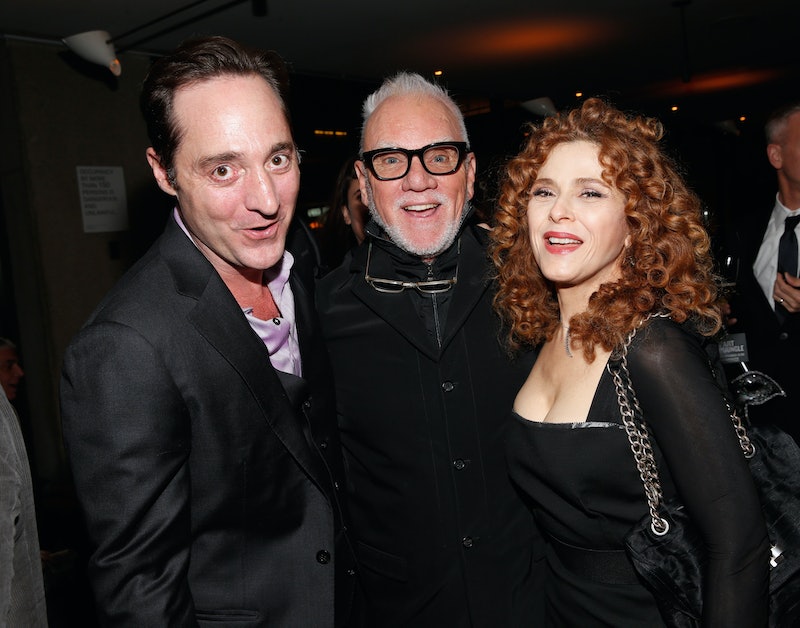 Since it's not the name of a place, a vague single word, or a buzzy job name, Mozart in the Jungle 's title doesn't match most prestige dramas. And its unique title speaks to the show's unique background. The new Amazon series is based on a novel by Blair Tindall, a former NY Philharmonic oboist who fictionalized her experiences playing in some of the biggest and most successful orchestras in the world, developing this juicy tell-all that reveals that even though the music is classical, the people who perform it are just as messy and disastrous and any other artists can be.

The title is referencing couple of things. Let's break it down, piece by piece. First, we have Mozart. Obviously, the show will be using a lot of his music. Brilliant composer, tortured genius, plagued by lesser competitors, so there are some immediately applicable parallels to the show. And then, you pair Mozart and his music with the jungle. It's not that much of a stretch — Mozart's music may sound beautiful and mannered on the surface, but in the time it was composed, it was wild and unpredictable, more complex than anything people had heard before, sort of like an unexplored jungle. Seriously, he was blowing people's minds. For more on this, please see 1984's Amadeus.

And the "jungle" is a longtime reference to not just an untamed landscape, but any unpredictable environment. As Alicia Keys so wisely sang back in 2009, New York is the "concrete jungle where dreams are made of/There's nothing you can't do," something that will probably be proven wrong by the end of the first season. And the New York Philharmonic isn't much more civilized. With jobs scarce and competition high, there are no niceties.

It's also a reference to the hierarchical system of the philharmonic/orchestra scene. There's the benefactors and the board, then you have the conductor, who gets to run the auditions and staff the musicians. Then there's the audience, who show up and watch the performances, hire the musicians to teach their spoiled kids how to play the trumpet, bassoon, and clarinet on the weekends. There's the highly selective music programs at Juilliard. The best spots in the city for busking. All the different rules of the "jungle," where every person carrying an instrument has to find his or her place.

Every system has its rules and its regulations. Just like how Mozart blew apart the rules of classical music only to become respected as a strict, mannered composer, so too will the show explore the crossroads between the highly cultured people who play his music and how they can sometimes behave like wild animals. Can you tell I'm ridiculously excited to watch Mozart in the Jungle?

More like this
'School Of Rock' Changed Joe Keery's Life Forever
By Alyssa Lapid
'Rap Sh!t' Season 2 Is Officially Happening & Will Include "More Seducing & Scheming"
By Brad Witter and Grace Wehniainen
Everything To Know About Taylor Swift’s 10th Studio Album, 'Midnights'
By Grace Wehniainen and Jake Viswanath
Twitter Is Freaking Out Over Rihanna’s 2023 Super Bowl Halftime Show Announcement
By Stephanie Topacio Long
Get Even More From Bustle — Sign Up For The Newsletter