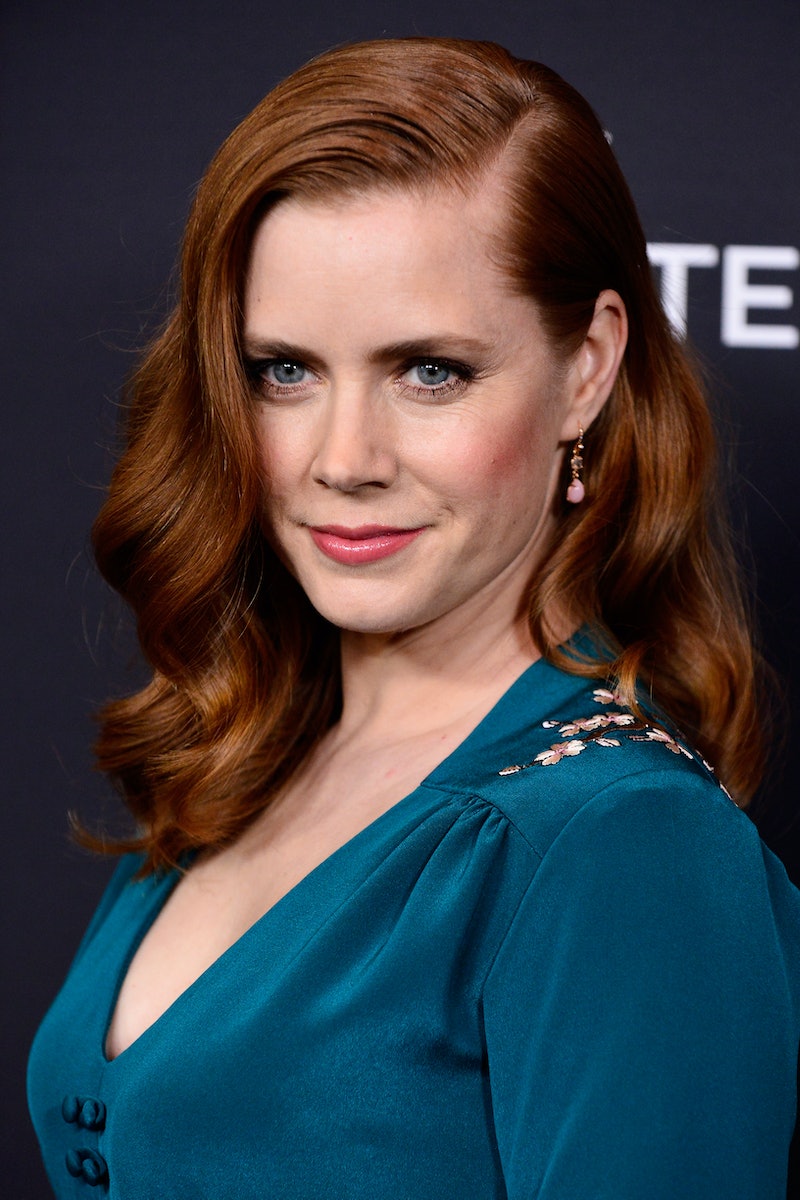 Chances are you've seen the red headed, ultra talented, and always demure Amy Adams all over your TV and computer screens lately due to the promotion of her new Tim Burton film, Big Eyes. But, one place you won't be seeing Amy Adams is The Today Show . The morning talk show canceled the actress's interview for quite a controversial reason. According to Us Weekly, the cancellation was due to a particular scandal that Adams was unfortunately associated with:

Amy's segment was pulled very suddenly after she expressed that she'd rather not discuss the Sony hack. She was not aggressive or freaking out... It is unfortunate. Amy didn't do anything wrong and they pulled the interview.

As the publication alludes, the American Hustle actress was involved in the Sony hack due to a leaked email that revealed a salary discrepancy that involved Adams and Jennifer Lawrence getting paid 2 percent less of the talent budget than their male co-stars, Bradley Cooper, Jeremy Renner, and Christian Bale. Whil this may not sound like much, it comes out to at least hundreds of thousands of dollars as the movie made $251 million, and the men were given 9 percent of the film's profit, while the women were given 7 percent.

Understandably, this is most likely a touchy subject for the Golden Globe winner, and it is her personal choice to keep mum on the issue. But, that doesn't mean The Today Show is as understanding. A rep for the show explained to Us Weekly the reason they pulled her interview:

As a news program, the Today show doesn't allow guests to put restrictions on interviews. In this case, after hours of discussion we felt uncomfortable with the demands being made, and we determined the best course of action for all parties involved was to cancel the interview.

Us Weekly also reports that The Weinsten Company, responsible for American Hustle, stands by their employee's decision and denounced The Today Show for pulling the interview.

While true that Adams could have plead the fifth when asked about the Sony hack, we've all seen interviewers who keeping trying for information despite the subject's clear discomfort and avoidance. I mean, just look back at how talk shows treated the very private Robert Pattinson after his infamous split from Kristen Stewart. But, they have a job to do and so does Adams, so perhaps it was for the best that they cancelled the interview, avoiding a tense, awkward situation altogether.