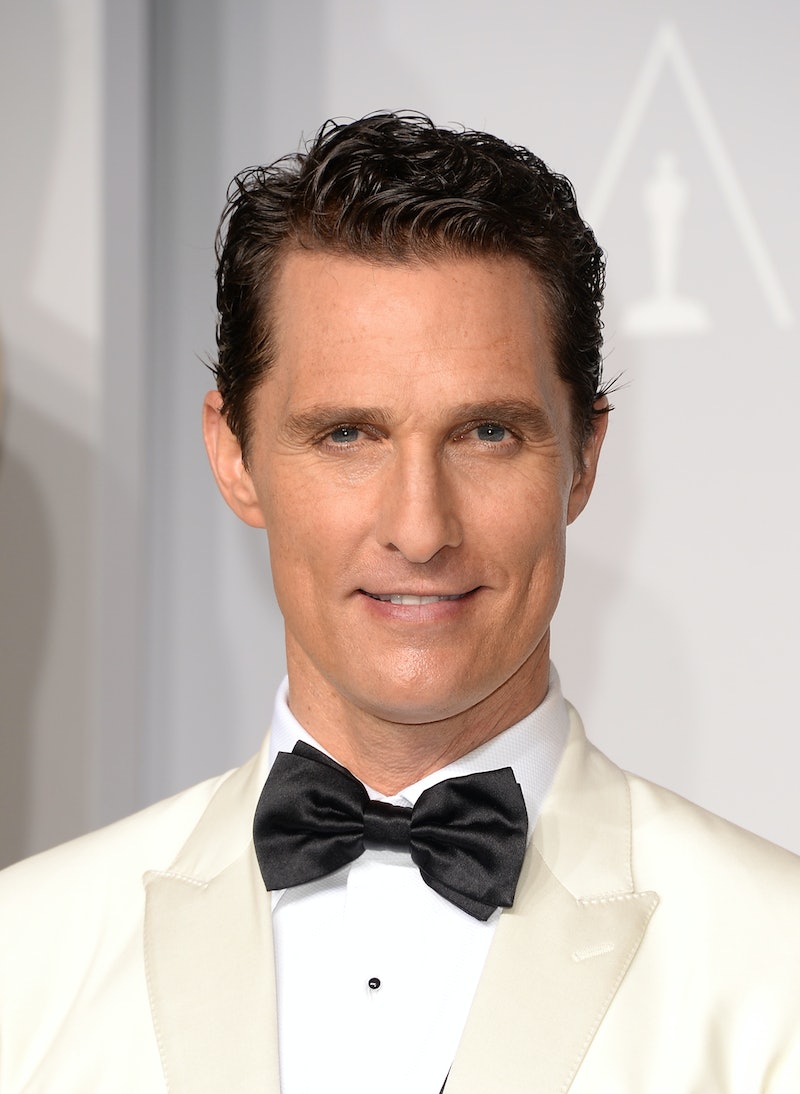 Well, there are definitely worse people could mistake yourself for when coming to from a comatose state. A British man woke up from a coma thinking he was Matthew McConaughey, which sounds like a trip and a half. The brain is BONKERS, guys!

On Monday, The Mirror spoke to 25-year-old Rory Curtis who was the victim of a brain hemorrhage following a six-car pile-up in August 2012. The injury Curtis sustained thrust him into a six-day coma, from which he awoke speaking fluent French and expecting to see the True Detective actor staring back at him in the bathroom mirror. WHAT?!

Curtis, a native English speaker, took French in school but hadn't spoken the language for years. He is also not Matthew McConaughey, although he felt intrinsically that he was. He said,

When I went to the toilet I went to look in the mirror and I was shocked because I didn’t look like him, I didn’t know what I was looking at... Then slowly over time it eventually clicked and I thought "he is an actor, what am I on about?"

Basically, I'm imagining this like the real version of Being John Malkovich, but with Matthew McConaughey. Or rather, Freaky Friday where you body swap with Rust Cohle. NEUROSCIENCE IS SO CRAZY!! Curtis continued,

But at times I was in hospital thinking I can’t wait to get out of here and back to filming movies... I was convinced I was him and that I had his good looks as well — I know it was hopeful thinking really.

As the Brits will do with their self-effacing senses of humor, Rory is being modest. Here he is today:

Beyond the fact that the mind is a magical bundle of surprises, this story makes me think about how ingrained pop culture and film are in our brains. The automatic French fluency is interesting, but the fact that Curtis' brain zeroed in on the random, less personally relevant persona of Matthew McConaughey evidences the fact that celebrity culture and entertainment is tied to identity even on the unconscious level. I know we all already knew this, but the fact that something like this can happen really drives the point home.

Luckily, Curtis is doing great today. He made a speedy convalescence and was released from the hospital two short months after his his accident. While he went through months of rehab and treatments, he has "changed his outlook on life" for the better. Now, he is working as a barber and teaching hairdressing at his aunt's salon. Not to mention, he probably does the best Matthew McConaughey impression out of all of his friends. Silver linings playbook, right there.