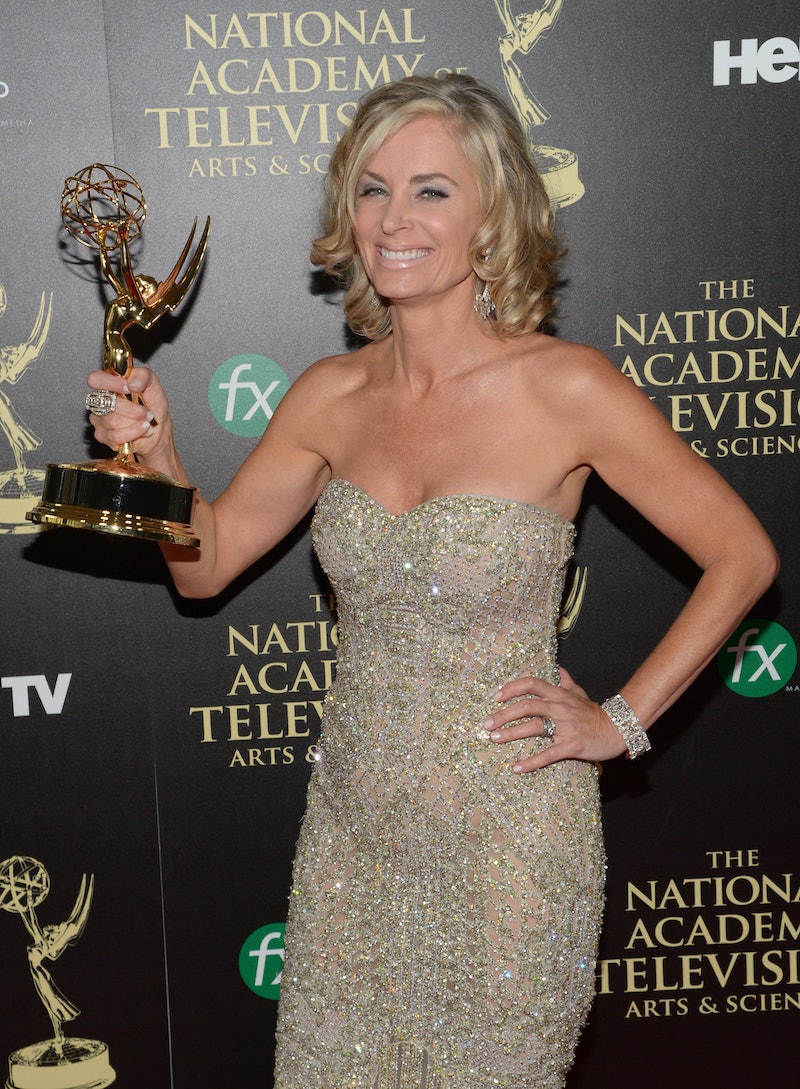 We know the Real Housewives of Beverly Hills stars a ton of successful women in each of their respective sectors of business. Eileen Davidson, one of Real Housewives of Beverly Hills ' newest housewives, for example, has had a career in soap opera shows for over 30 years. Even this year, Davidson won an Emmy for her work in Days of Our Lives. While she has made her career in soap operas — she has been in Days of Our Lives, Young and the Restless, Bold and the Beautiful — Davidson has also appeared in TV shows and movies outside of the dramatic lives soap opera characters lead.

The Real Housewives of Beverly Hills, while it's reality, doesn't seem like too much of a departure from Davidson's day-to-day life as a soap star. Both shows (RHOBH and any soap show Davidson has starred on) are made up of similar qualities: drama, betrayal, love, arguments, and more. But Davidson's career in acting has also been comprised of work that doesn't necessarily follow the same suit (or at least isn't categorized as a soap opera). Let's look at what Davidson has been in outside of her impressive soap opera career.

In an upcoming (I'm talking 2016) "action, comedy, and drama" Spychosis, Davidson is set to star as The President of the United States. She is starring alongside Jamie Lee Curtis, and the film is supposedly about a well-known actor who gets mixed into a deadly ordeal. Pretty cool that Davidson will be the POTUS, if I do say so myself.

Just a few years ago, Davidson was in Symphoria, which is about a man who returns from Europe, and is reunited with his twisted past as he begins a dark romantic relationship with an old professor. From the looks of the trailer (above), I think there might be a reason you've never heard of it.

In the early '90s, Davidson starred in a crime show called Broken Badges where she played a cop addicted to danger. She, along with other cops who all have their own special quirks, are formed into a unit to solve crime. It sounds just quirky enough that I'm surprised some type of reboot isn't on it's way.

in 2012, Davidson appeared in a film about a man (Mr. Fudge) who is hired to prove (or disprove) the existence of Hell. The film takes place in the 1970s in Alabama, and Davidson played Mrs. Fudge, the wife of the man who faces community backlash for his studies.