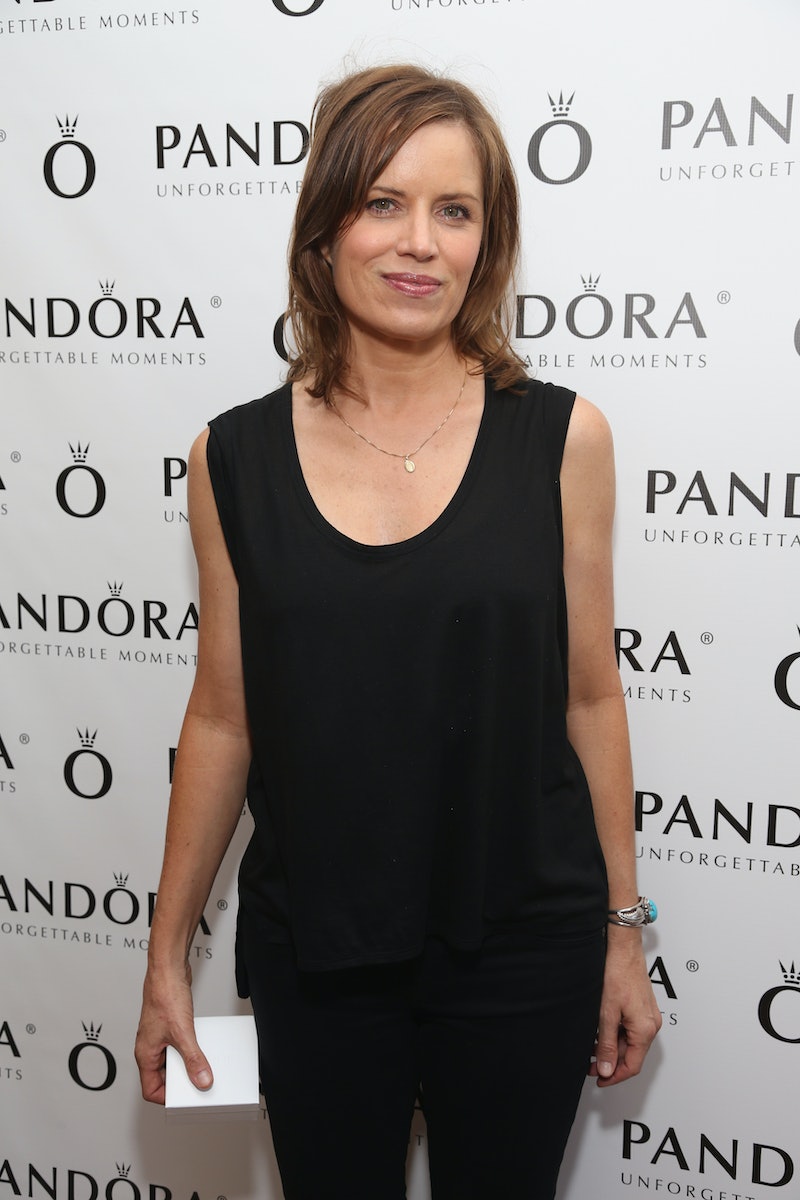 With every passing day, I'm pretty sure I just grow more and more excited for this upcoming The Walking Dead spinoff. With most of the cast already confirmed, there aren't many blank spaces left to fill, plot-wise, and it even looks like we may already have another update about what to expect from this series. So far, we've only known for certain that the show will be set in sunny, sunny Los Angeles, and would focus on a female guidance counselor, her troubled son, a divorced male teacher, and his ambitious daughter. Though Cliff Curtis has already been cast as the teacher while Frank Dillane (best known for playing teenage Lord Voldemort in Harry Potter and the Half-Blood Prince, seriously) and Alycia Debnam Carey have been cast as the troubled son and ambitious daughter characters, respectively, we hadn't yet had any hints about who might be taking the role of the female guidance counselor — until now. According to E!, Gone Girl and Sons of Anarchy star Kim Dickens has been cast as the female lead in The Walking Dead 's upcoming spinoff.

As previously reported, this series is expected to be more of a "companion" series to The Walking Dead as opposed to a spinoff, so don't expect any crossovers or even mentions of characters between shows knowing of each other (at least, for now): There have previously been reports of TWD's spinoff beginning as a sort of prequel to the original series to focus on the early days of the epidemic, and how the infection began to spread — an intriguing option, considering in the original TWD, we don't actually see how walkers ended up taking over the world since Rick was in a coma for the majority of the infection's beginnings.

Still, plot-wise, not much is known of this mysterious spinoff. That, of course, doesn't mean we can't hypothesize a little based off what we do know, though! For starters: We know the show is in LA, and we know the basic outline of who the characters will be, particularly Dickens' and Curtis' characters. Considering both of them work in a school, and it's possible the show will be focusing on the early spread of the epidemic, is it possible that we're going to see infections begin in a school setting? It seems possible, and the idea of seeing how a zombie attack affects the world as we actually know it now (versus The Walking Dead's version of a post-apocalyptic world that's unrecognizable to viewers in reality) is an undeniably intriguing one.

So far, AMC hasn't yet revealed a name for the series, or an expected premiere date — but, with all this new casting info being released about the show on a regular basis, something tells me it won't be much longer until that's revealed as well.