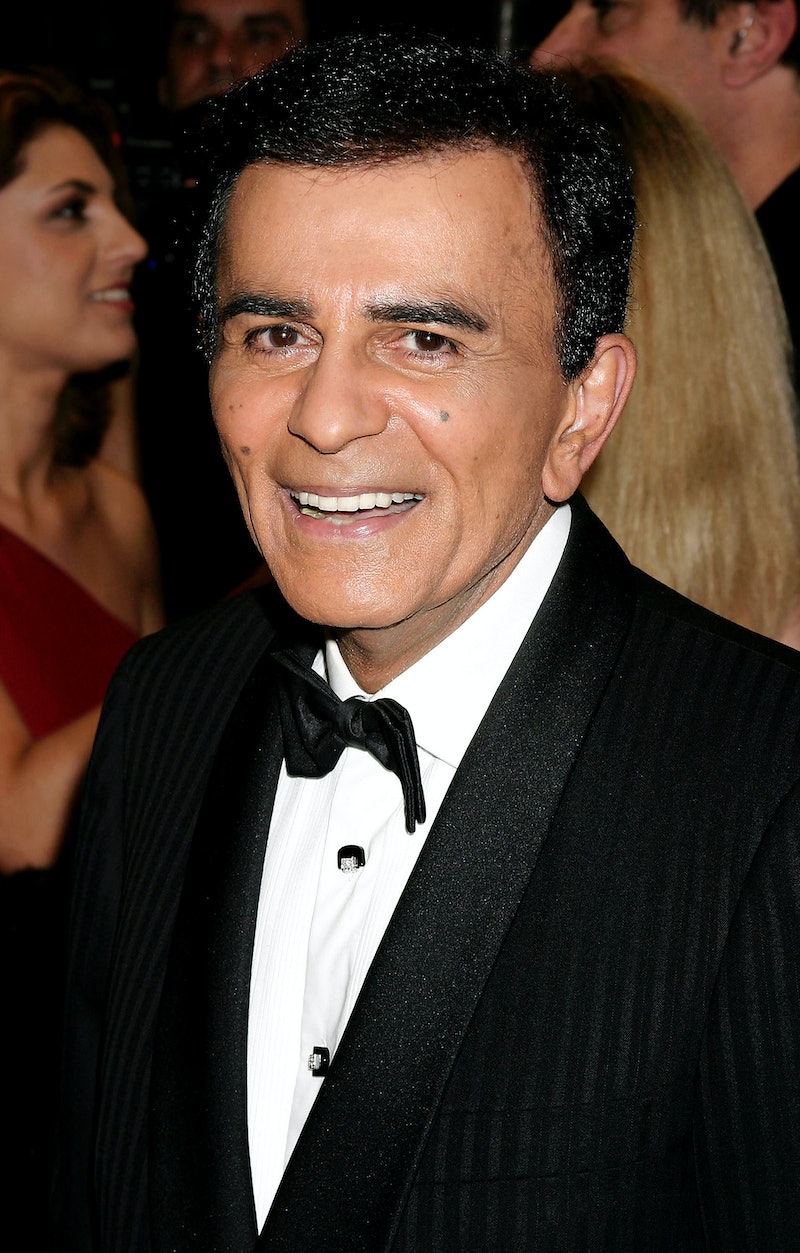 Six months after his death, legendary radio personality and famous DJ Casey Kasem has finally been buried, according to TMZ. The website reports Kasem was buried in Oslo, Norway at the Vestre Gravlund on Tuesday, Dec. 16. Considered one of the largest cemeteries in the country, the ceremony was said to be a small one. So small, in fact, that supposedly his kids weren't even there and had no idea their father was being buried until Monday.

All of the details surrounding Kasem's death have been strange, complicated, and unfortunate altogether. Apparently, the LAPD has also been conducting an elder abuse investigation after Kasem's kids filed a police report saying his widow Jean caused Kasem's death by allowing his bed sores to become infected contributing to his death.

Per TMZ, the proper steps weren't implemented in handling Kasem's deceased body and it wasn't taken care of for months. This seemingly all means that the improper treatment and burial in a foreign country will make it that much harder for L.A. authorities to determine whether the bed sores truly did have anything to do with his death.

If that isn't enough, Kasem's body was missing for some time. It truly is an unfortunate situation, but I guess the fact that now he is reportedly buried is a good thing. Hopefully, now his family can find some kind of peace.

More like this
Holly Willoughby & Phillip Schofield #Queuegate Drama, Explained
By Sophie McEvoy
A New Portrait Shows King Charles With William & Kate Before The Queen’s Funeral
By Stephanie Topacio Long
Kidnapping Victim Jan Broberg Is Prepared For A Friend Of The Family Criticism
By Brad Witter
Friend Of The Family Kidnapper Robert Berchtold Saw Jan Broberg Again In 2004
By Brad Witter
Get Even More From Bustle — Sign Up For The Newsletter