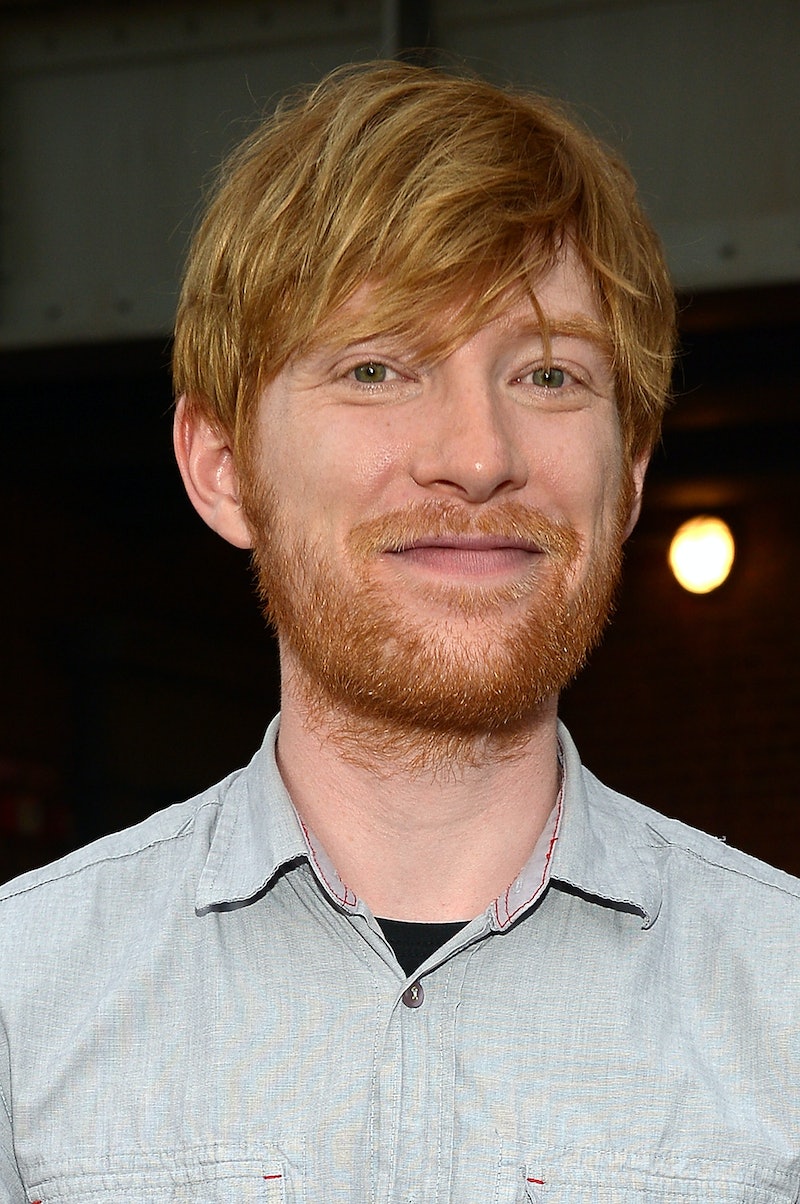 At some point in many actors' careers, they're asked to gain or lose a lot of weight for a role and Domhnall Gleeson was asked to do just that for Angelina Jolie's Unbroken. For his role as a prisoner of war, Domhnall Gleeson lost so much weight that his contact lenses stopped fitting. I had no idea that was even a thing, but he suffered through it for the sake of the story.

The movie tells the tale of Olympian Louis Zamperini who survived a plane crash in 1943 only to be captured by the Japanese navy and taken as a prisoner of war. Zamperini was captured along with two surviving members of the flight crew, Francis "Mac" McNamara and Russell Allen "Phil" Phillips. Gleeson plays pilot Phil and to make his prisoner of war role more believable, he slimmed way down. Gleeson was kind of lean to begin with, so I'm not surprised that dropping a lot more affected him so acutely. Although Gleeson didn't put a number to the amount of weight he lost, he called it a "sizable amount" back in 2013.

Now he's talking at length about the horrors of the weight loss, which he said he'd repressed until Jolie brought it up. "You were hungry and overworked and physically and mentally exhausted," he said of his state during filming. "So then it got to the place where it wasn't much fun. Angie reminded me of it. I had forgotten totally. I've shut out some of the experience."

I don't blame him seeing as the experience went so far as to affect his vision. "My contact lenses stopped fitting my eyes, because I was so dehydrated and had lost so much weight that everything had changed," he revealed. "But we were still trying to screw [the lenses] in there."

Ouch. It sounds absolutely terrifying and I think weight loss for movies should draw the line when your eyeballs start to lose their shape. Mine hurt just thinking about it.

But Gleeson had a pretty good outlook on things despite the pain. He pointed out that he was playing a real person who actually suffered all these atrocities in real life. "Every time you thought about complaining, you were like, 'What the hell am I saying?'" Gleeson acknowledged.

Knowing what both the real survivors and the actors went through, it's a shame that Unbroken was snubbed on the awards circuit. But the film is still getting a lot of positive buzz, and that's all the actors and crew can hope for when telling a story as intense as this one.