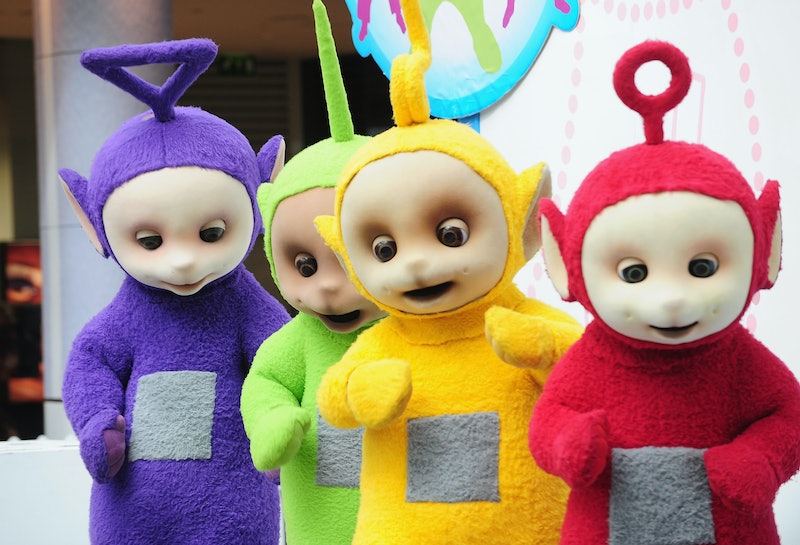 Unless you still spend an inordinate amount of time watching Teletubbies, I'm going to assume you haven't spent the last few years wondering who the baby sun is who appeared to rule over the Telletubbies. In case curiosity did strike, though, we've now got a rumor to take hold of. Meet 19-year-old Jess Smith, who claimed on Facebook recently to have been the famous face as a wee baby. And yes, there's a resemblance to the Teletubby overlord.

"Jessica Smith" has always been the credited name for Sun Baby's portrayer on Teletubbies , but it's hardly an uncommon name. In fact, Jessica Smith of Laguna Beach fame was thought to be the children show's sun face for a while there.

According to Kent Online, this particular Jess Smith is from Chatham, Kent in the UK and is a student at Canterbury Christ Church University. She made the public "reveal" on Facebook after telling her friends at college about being selected to be the Teletubbies Sun Baby at nine months old. According to reports, she wrote:

So I’ve recently celebrated my 19th birthday and after a lot of thought, I’ve decided it’s time to tell everyone. I used to hide it but after a lot of encouragement from my friends at university, I’ve gained the confidence to come out with it. I am the sun from Teletubbies. There has been quite a few people pretending to be ‘the sun’ but only I could tell you the real story.

[...] I am really happy, cheerful and giggly. When I told my friends they said they could see me in the sun baby face.

Her mother also talked a bit about the experience:

It was just something a bit different to do and we didn’t expect it to be as big as it was. They just sat her in front of a camera and she just laughed and smiled at her dad. We didn’t hear anything until we got a letter when she was 18 months old saying she’d been picked. It was really weird seeing her on television.