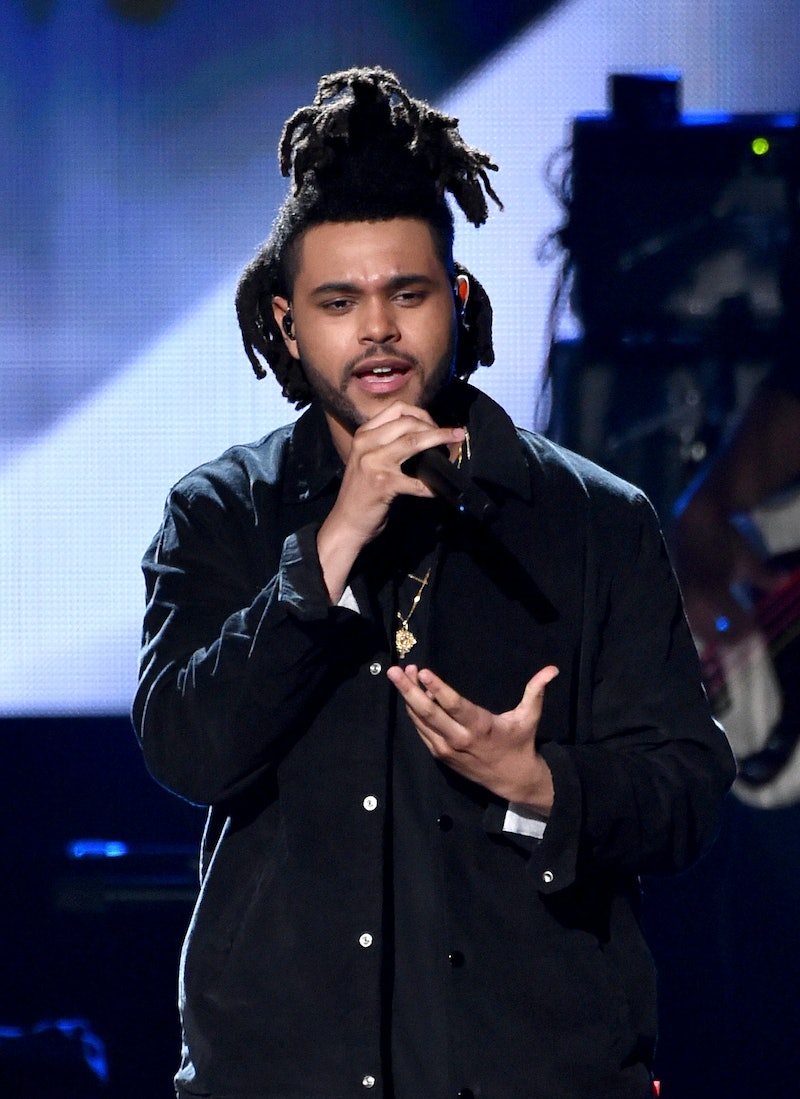 If it's one thing all the Fifty Shades of Grey promos have perfected, it's the art of teasing. There are all the steamy trailers that leave you breathless, including the one Beyoncé posted on her Instagram that featured a slowed-down, sex-kitten version of "Crazy in Love." Plus, the teasers have been known to affect brain functions, albeit in a good way. It's been said that the movie won't be as steamy as the book, but if The Weeknd's song "Earned It" from the film's soundtrack is any indication of what's to come, it will more than make up for whatever sexiness the film lacks, although I doubt that will be an issue.

Anyway, back to the music. Let's just start by discussing how completely addictive and sexy this song is. It has an appropriately sultry feel, and everything about it is hot, from the slinky, dramatic progression of the music to the red, black and white lettering on the official lyric video (yes — somehow it's sexy, too). The Weeknd's passionate crooning about romancing his lady is the musical cherry on top. Seriously, I cannot stop listening to it.

The song opens with the lyrics, "You make it look like it's magic." (Um, hmmm, what ever could that mean?) Then comes my favorite part, which is a little more telling: "So I love when you call unexpected/'Cause I hate when the moment's expected." Finally the chorus brings it all the way home with, "Girl you're perfect/you're always worth it/and you deserve it/the way you work it/girl, you earned it."SIGH.Basically, I am dying a slow death by extreme anticipation, and this song doesn't make it any easier to wait for Valentine's Day, when Fifty Shades of Grey opens. The only promise of instant gratification is that "Earned It" is now available on iTunes. The entire soundtrack won't be released until February 10. Check out "Earned It" below:

More like this
Did 'Grey’s Anatomy' Just Drop A Major Taylor Swift Easter Egg?
By Grace Wehniainen
Christian Bale Sang With Taylor Swift & His Daughter Can't Believe It
By Radhika Menon
Ed Sheeran’s Surprise Gig Included An Iconic Britney Spears Tribute
By Bustle Editors and Darshita Goyal
Beyoncé’s Special Tribute To Sister Solange Was Both Touching & Hilarious
By Stephanie Topacio Long
Get Even More From Bustle — Sign Up For The Newsletter