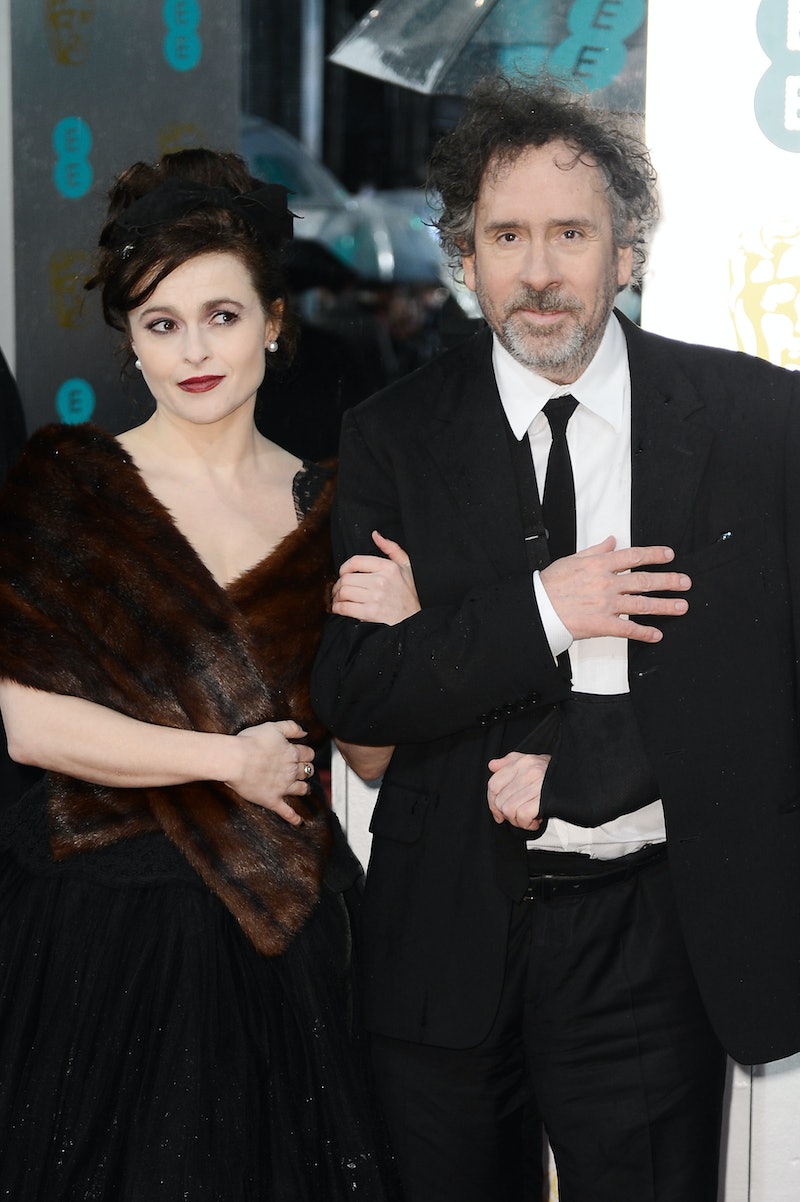 In some heartbreaking news during a season that is supposed to be about joy and happiness, Helena Bonham Carter and Tim Burton have split after 13 years together. I'll give you a moment to grieve and collect your thoughts (and tears). First reported by People, the duo parted ways earlier this year. Carter's rep told the publication,

[They] separated amicably earlier this year and have continued to be friends and co-parent their children. We would ask that you respect their privacy and that of their children during this time.

As stated above, they have two children, Billy and Nell, together. Carter and Burton first met on the set of 2001's Planet of the Apes, but never married. They've collaborated on several projects, including Sweeney Todd, Charlie and the Chocolate Factory, Alice in Wonderland, and Dark Shadows.

Anyone else super bummed about this? Does love ever last in Hollywood? It seems once you become part of the spotlight love is just doomed. Maybe I'm being way over-the-top here, but when you see a couple who seems so in love and have a made a mark in the entertainment industry, you root for them. I really thought these two would last. With that said, maybe this what was best for them as individuals and parents, so I wish them nothing but the best.

More like this
Lindsay Lohan & Jonathan Bennett Celebrated Mean Girls Day Very Differently
By Jake Viswanath
What Does Nancy Jo Sales Think Of 'The Real Bling Ring'?
By The Editors
Twitter Is Unravelling Over Wolverine’s Return For 'Deadpool 3'
By Darshita Goyal
The Spice Girls Just Dropped A Brand New Music Video
By Sam Ramsden
Get Even More From Bustle — Sign Up For The Newsletter