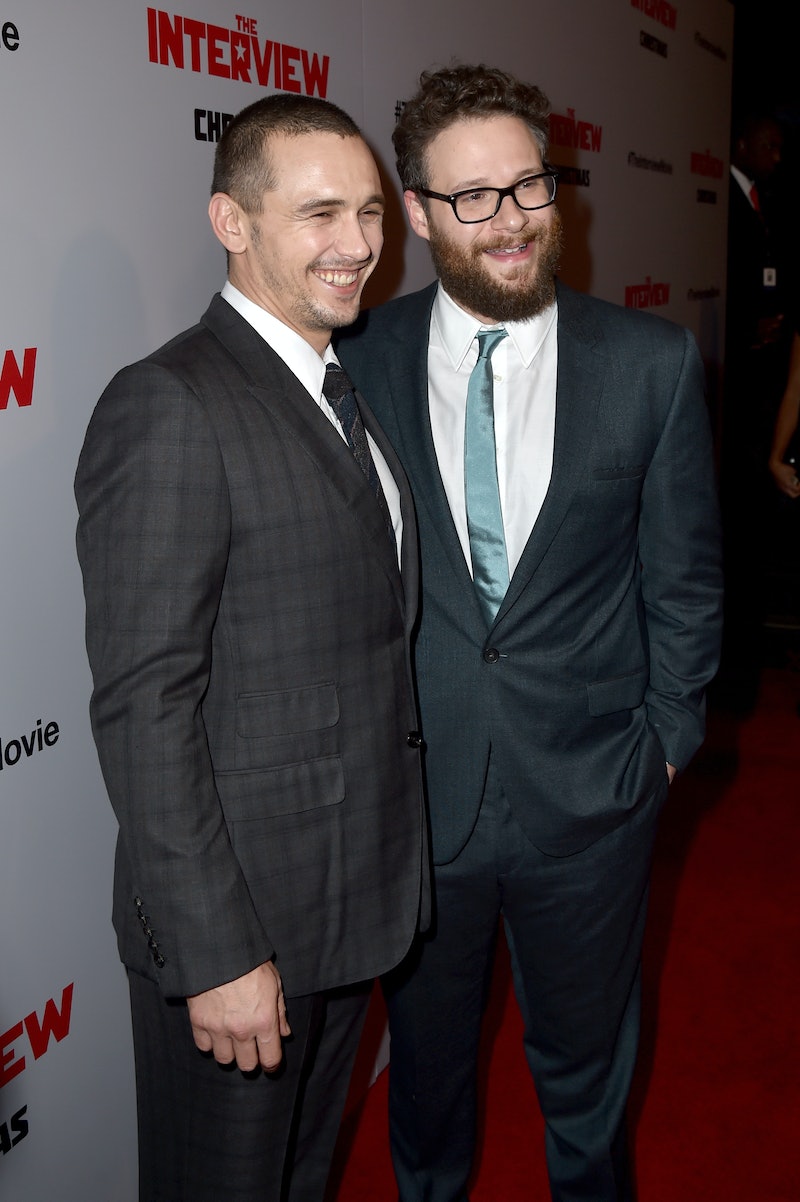 Just a week ago, the future for Sony's upcoming Seth Rogen- James Franco-starring comedy The Interview looked bleak. The movie studio had made the controversial decision to pull the film's release entirely following terror threats made by hackers (believed by the FBI to be affiliated with North Korea) who broke into Sony's systems last month to steal massive amounts of data, including employees' personal data. Now, however, the reality is much different: Its Christmas day release is back on in a limited capacity, and The Interview was just named one of IMDb's top films, over, as EW points out, even 1994's The Shawshank Redemption — and all before it even hit theaters.

You did read that correctly, guys: A comedy that hasn't even been released yet — meaning the majority of voters who named The Interview one of IMDb's top films ever haven't seen it — currently holds a '10' star rating on IMDb, over a legendary films that have even nabbed Oscar nominations. How is something like this even possible?

Turns out, it's all thanks to the Internet. Apparently, Sony's decision to pull The Interview in the first place piqued public interest so much, that users on the message board site 4chan (often behind many massive and sometimes deeply offensive Internet trollings) decided to mass vote the movie to the top on IMDb as a sort of protest against hackers threatening a terrorist attack on the US in response to the film's release.

Sure, it's not an award or even a rating fairly won — but it's hard to deny that interest in this film isn't at an all-time high now.

The Interview will be released in two theaters so far on Christmas day: Atlanta, Georgia's Plaza Atlanta, and Austin, Texas' Alamo Drafthouse Cinemas.

More like this
Lashana Lynch’s 'Woman King' Training Was “Traumatizing” For A Relatable Reason
By Radhika Menon
What’s New On Netflix: Ana De Armas’ 'Blonde' & A Nick Kroll Special
By Arya Roshanian
These 25 International Horror Movies On Netflix Prove Fear Is A Universal Language
By Bustle Editors
12 ’90s Movie References You Missed In 'Do Revenge'
By Radhika Menon
Get Even More From Bustle — Sign Up For The Newsletter