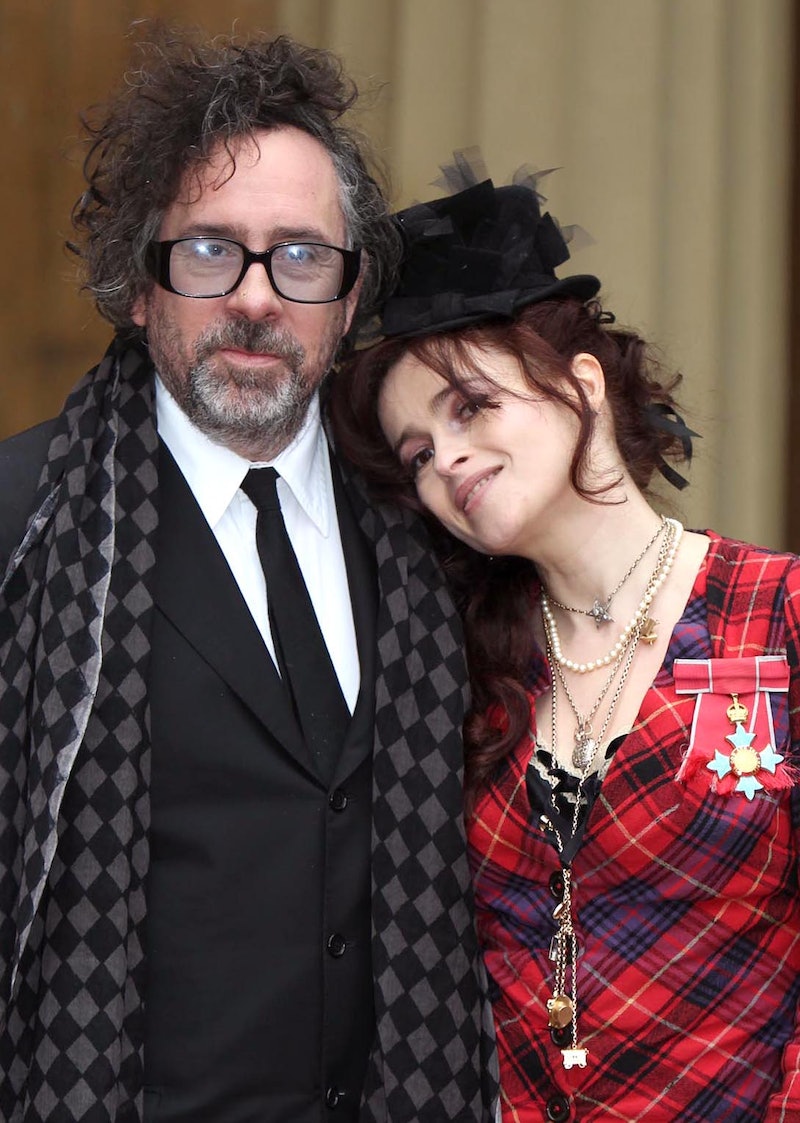 Attention followers of eccentric love. Hollywood has destroyed yet another beautiful union between two souls who were supposed to stay together forever. I SWEAR these two were intended to last!!! But after 13 years of marriage, Tim Burton and Helena Bonham Carter have separated. Excuse me for a second while I draw a bath of my own tears.

Bonham Carter and Burton never legally married, but, over the course of their relationship, they had two children, built a life together, and became a veritable Hollywood institution of weird. According to a statement Bonham Carter's rep gave to People , the couple split earlier this year in a mutual, amicable decision. Well, at least it was amicable, right? That should make me less sad, right?! So why do I still feel so upset?!?!

Well, mourning this relationship will be a process for sure. Coming to terms with the fact that there will be no more Burton and Bonham Carter walking down the red carpet black-clad arm in black-clad arm isn't gonna happen overnight. When a celebrity couple as prominent as this one ends their relationship, one must cycle through the stages of grief. Right now, I'm sitting pretty in denial. In order to move onto the next stage (acceptance), let's talk about why their breakup is so depressing.

They Do Endearingly Disheveled Hair the Best Together

How about we freeze time and stay here forever?

They Make Red Carpets Interesting Because They Don't Give an EFF

Worst dressed list be damned. H-Bons and T-Burts are the Bonnie and Clyde of any award show. "We're like 'the bonkers couple,'" Bonham Carter said of her and her husband's red carpet reception The Guardian in 2010. She also mentioned that Burton occasionally puts on grey makeup for press appearances to mess with the media.

SEE?! THEY HAVE FUN TOGETHER!

In an interview with Graham Norton in 2012, Bonham Carter told the British talk show host that she and her husband are totally normal people, despite their reputation for being the lord and lady of strange. That is, if you discount the fact that if Bonham Carter leaves the Christmas decorating up to Burton, he ornaments it with dead babies. THAT IS SOOO THEM!

Part of the joy of watching a Tim Burton film is spotting the Helena Bonham Carter cameo. Bonham Carter appeared in seven of the films Burton directed, including Big Fish, Alice in Wonderland, Sweeney Todd: The Demon Barber of Fleet Street, and Charlie and the Chocolate Factory. Are we to live in a world without those collaborations? WHAT FRESH HELL WOULD THAT BE?!

GUH! They're so perfect together. He's the demented imagineer of showbiz. She's the Steampunk queen of Hollywood. Together, they are the duke and duchess of weird. WHY WOULD THEY THROW IT ALL AWAY?!