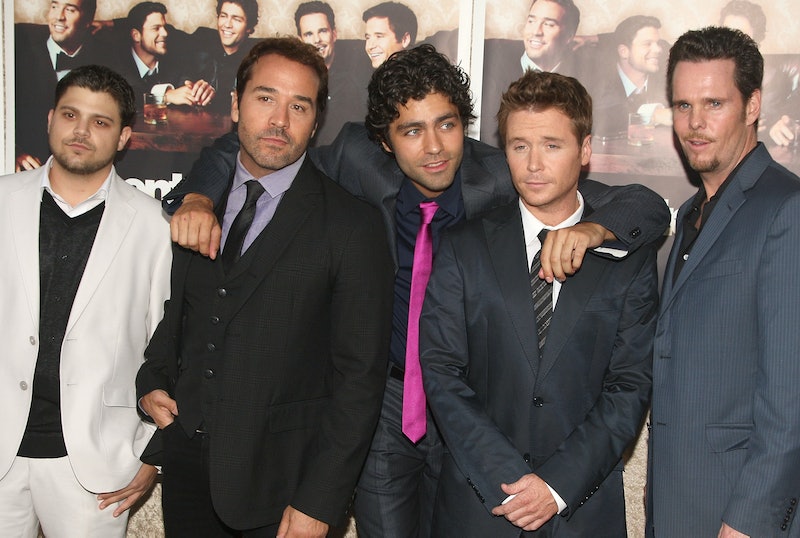 Even though I watch a lot of TV and have always considered myself a pop culture junkie, I have a few glaring blind spots when it comes to hit television shows. Instead of embarrassing myself with a whole list, I'll start with Entourage, which I know the basic premise of and its stars, but never actually tuned in for more than half an episode through its eight seasons. So when the Entourage movie trailer was released, I watched it and was a little confused, but got a vague idea of what it is all about. This group lives in Los Angeles and are making a big-budget movie about Vince (Adrian Grenier) — whom I will forever love as Chase from Drive Me Crazy, not Vincent Chase — funded by hotshot angry guy Ari (Jeremy Piven). The other guys are part of Vince's titular entourage, and they get into a lot of trouble together. Sound about right?

There are some other things I learned about both the show and the upcoming film (which hits theaters on June 5), some of which are glaringly obvious to fans while other tidbits will be new information to everyone. So if you're a die-hard Entourage fan, you may just want to click the trailer below. But if you're like me and have never watched but want to understand the hype without watching eight seasons, read on.