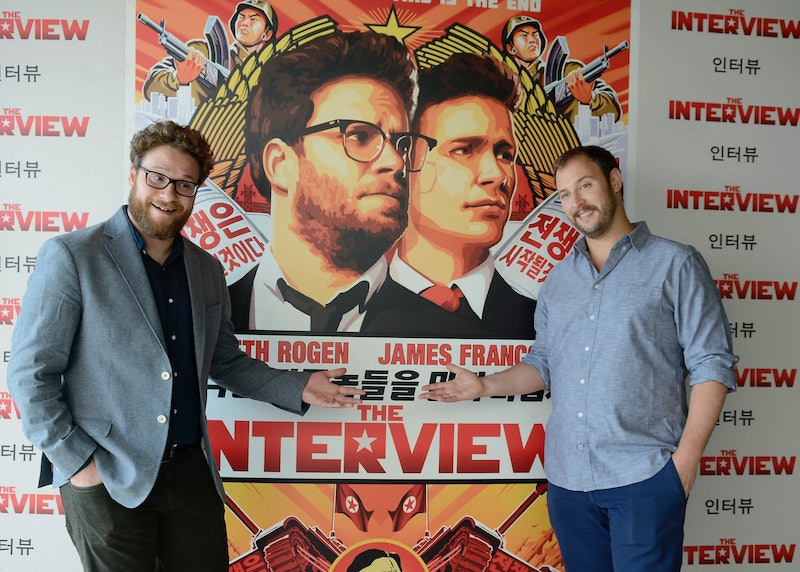 We may never know what would have happened to The Interview had it not been put on hold by threats. Now, though, the Seth Rogen and James Franco-starring North Korea assassination comedy will always hold political and cultural importance, which makes the announcement that The Interview will indeed be released Dec. 25 all the more exciting for many Americans previously upset by Sony's decision to pull it. So, what theaters will have The Interview ?

The Interview co-writer and co-star Rogen tweeted his enthusiasm for the news that his movie was finally getting a release Tuesday:

The people have spoken! Freedom has prevailed! Sony didn't give up! The Interview will be shown at theaters willing to play it on Xmas day!

So if you'd like to make Rogen even more pleased, you can go see The Interview yourself at one of the following locations. Sadly it is still a rather limited release, but at least it's something.

Here are some showings, via Mediaite:

Here's where you can watch in Los Angeles and near-ish areas, via the LA Times:

And some more national showings, via Deadline: