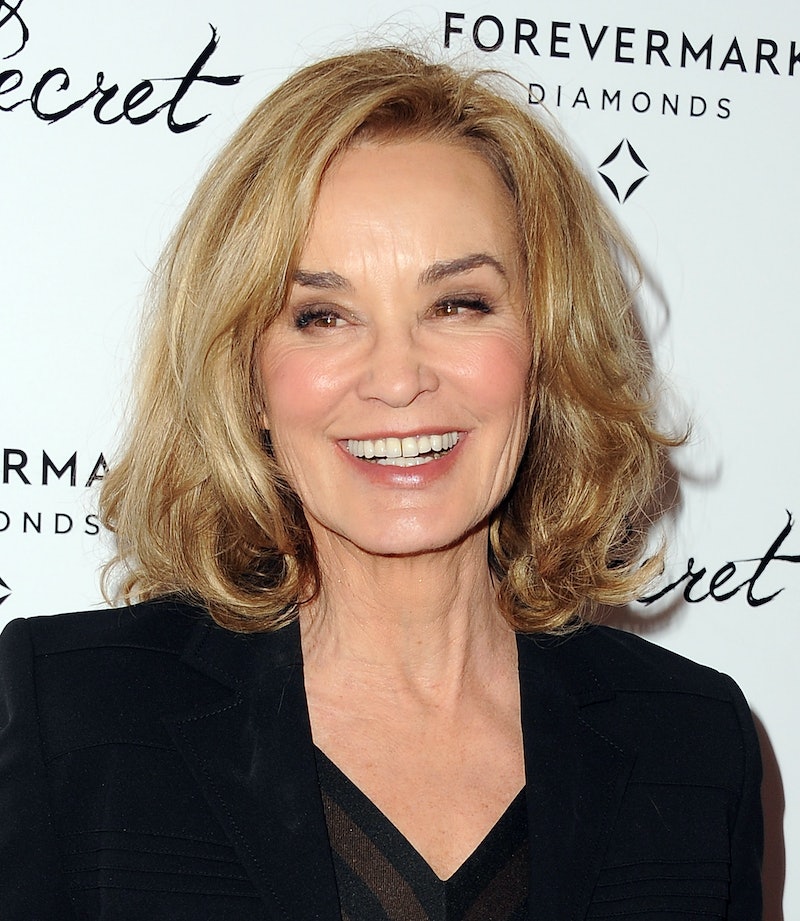 Whether she is a bad witch, a corrupt nun, or a very nosey neighbor, Jessica Lange has always proved to be a total badass. Lange's most recent role as Roberta, Mark Wahlberg's mother in The Gambler , out Christmas day nationwide, only continues to show off the intensity that Lange brings to all of her characters. The film, directed by Rupert Wyatt, revolves around Wahlberg's character Jim, an English professor who has a secret life as a high-stakes gambler, who makes a lot of enemies because of his gambling ways. Lange steps into the role of Roberta, who has "lost all of the relationships in her life, including with her own son," according to Wyatt.

In the exclusive featurette below, Lange speaks to how there is a complicated empathy that her character struggles with. "When you see your child in that kind of situation, there's the sorrow of it, the grieving. There's also the rage and the anger," Lange says. The situation she speaks of is how Jim (Wahlberg) gets wrapped up with a group of dangerous people due to his money issues because of said gambling.

The ferocity behind Lange's performance is evident in the clip. From the powerful moment on the street with Wahlberg where she says, "If I ever have to hear about your problems again, I will never see you again, do you understand that?" to the final slap she delivers across his face after he says that people could come after the family, Lange is no doubt a force to be reckoned with in this film (OK, and in life, too).

Check out Jessica Lange's character Roberta in The Gambler below, and catch the film in theaters, out Dec. 25.