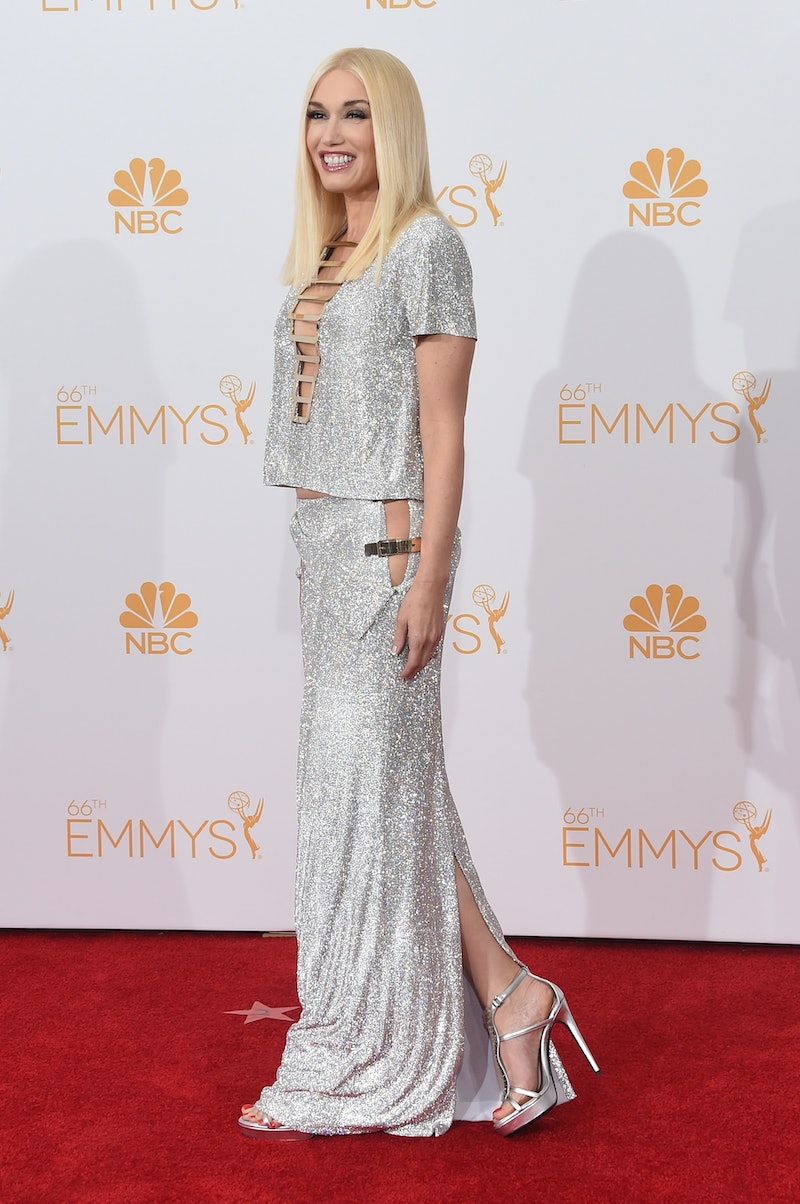 Billboard reported at the end of November that Gwen Stefani's new album was slated for a December release. However, with only eight days left until the new year, that's looking pretty unlikely (but who knows, she could surprise us!). Personally, I'm totally OK with Stefani taking a little more time to complete her third solo project; I want her to be able to deliver something truly special. After all, her fans have been waiting for a follow-up to The Sweet Escape since 2006! Still, time goes by very slowly when you're waiting for one of your favorite artists to drop new music. Luckily, there's been an exciting album-related development recently: two new Stefani songs, "Hell Yeah Baby" and "Hard 2 Love," were just registered online. According to BMI's database, both tracks were written by breakout pop star Charli XCX, newcomer Ryn Weaver, pop maestro Benny Blanco, producer Cashmere Cat, and Passion Pit front man Michael Angelakos. This is great news!

Stefani told Spin earlier in December that while she had technically collaborated with Charli on her new album, she didn't actually get to meet her:

She wrote with Benny [Blanco] and then I wrote with Benny separately. I wrote her an email and was like, "This is so weird that I haven't ever met you and now we have this song." I think out of all the writers out there, male and female, I really like her style the most. I think that she comes up with really good melodies. I feel really lucky to work with her in the weird way that we did.

Of course, Charli made a name for herself in 2014 as the guest artist on Iggy Azalea's No. 1 smash, "Fancy." Her own song, "Boom Clap," was a sizable hit, as well. (Oh, and if you haven't already heard it, you definitely need to check out the 22-year-old British singer's mainstream debut album, Sucker.) I can't wait to hear what Charli contributed to Stefani's new LP! Let's hope that at least one of her tracks will make the final track list.

Here are four songs that could give us an idea of what "Hell Yeah Baby" and "Hard 2 Love" are going to sound like:

Charli, Weaver, Blanco, Cashmere Cat, and Angelakos all worked together on Weaver's stunning debut single, "OctaHate." With that information in mind, it seems plausible that Stefani's new offerings will sound similar.

Charli XCX — "Caught in the Middle"

Charli joined forces with Blanco to create "Caught in the Middle" — a fantastic mid-tempo cut from Sucker.

Ariana Grande — "Be My Baby"

My Everything standout "Be My Baby" was co-crafted by Blanco and Cashmere Cat.

The frantic "Just a Thought" is another collaboration between Blanco, Weaver, and Cashmere Cat.