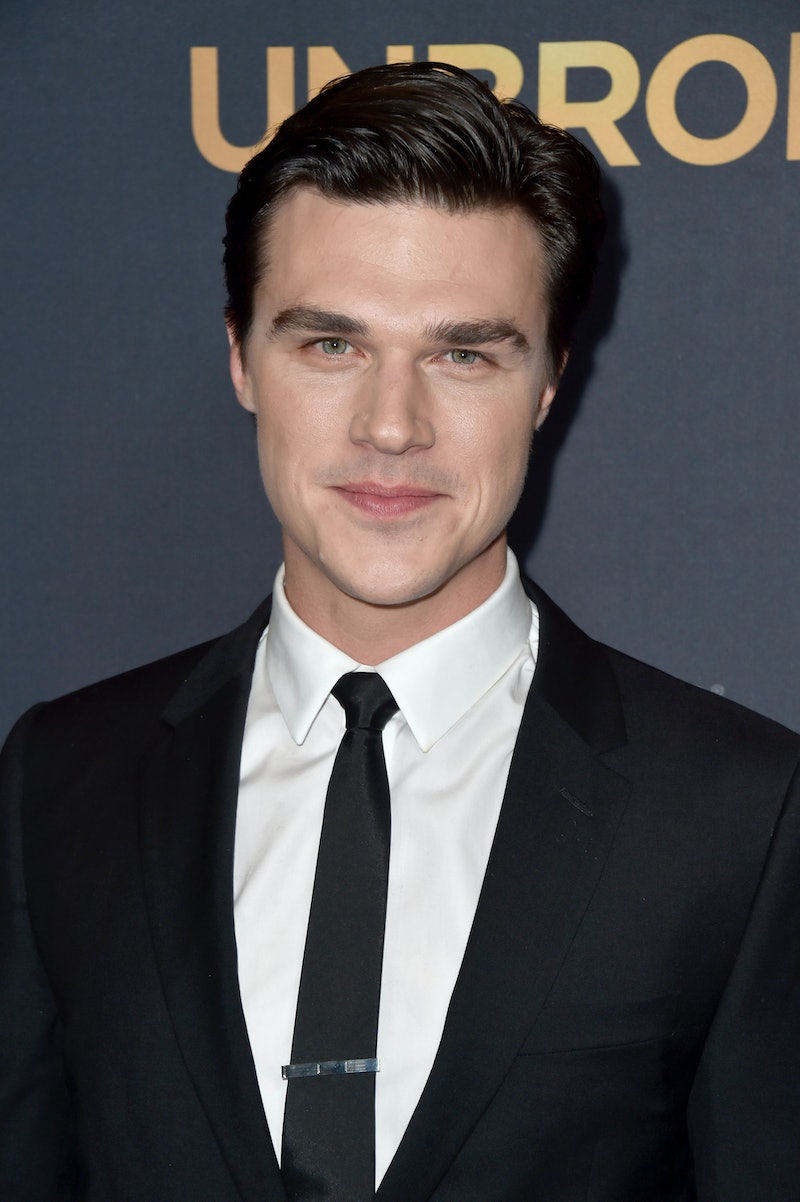 While some of the names attached to the sweeping new biopic Unbroken are some of the biggest in Hollywood (including director Angelina Jolie and co-writers Joel and Ethan Coen), it's the film's up-and-coming stars that will truly wow audiences when the film opens in theaters on Christmas. One of Unbroken's cast members that may not be a marquee name (yet), but one you'll definitely recognize from his already-impressive body of work is Finn Wittrock, who plays Mac.

In Unbroken — which follows the incredible true story of U.S. Olympian and war hero Louis Zamperini (played by Jack O'Connell) — Wittrock stars as one of Zamperini's comrades, Francis "Mac" McNamara. I won't give away anything to those unfamiliar with what unfolds for Zamperini, but Mac makes for one of the most harrowing aspects and important people that he encountered in his life. That said, Wittrock is one of the most versatile and subtly effective actors out there, and has the chops to pull off such a demanding role.

So what else do you recognize the handsome, 30-year-old actor from? If you've been watching this season of American Horror Story: Freak Show, then you know Wittrock as Dandy Mott, a man so chilling, he's somehow scarier than the clown.

AHS may prove to be Wittrock's breakout role in what can only be described as a breakout year. In addition to Unbroken and AHS, Wittrock appeared in big screen spectacles like Noah and Winter's Tale, as well as the must-see, Emmy-winning television movie The Normal Heart . (Wittrock's character Albert has one of the most gut-wrenching scenes in the film and he downright shatters your heart.)

Wittrock, who got his start in minor TV roles on shows like ER and Torchwood, cut his teeth in the business like so many others before him: by appearing in a soap opera. For two years, Wittrock played Damon on All My Children.

But, if there was a role that truly propelled Wittrock to his impressive showing in 2014, it was his work as the male prostitute Dale on Masters of Sex. His no-holds-barred moments with co-star Beau Bridges are the kinds of scenes Emmy reels are made of.

For fans already familiar with Wittrock's impressive work, his unforgettable performance in Unbroken will not only blow them away, but further prove what they've already known: that he's a bona fide scene-stealer whose star will only continue to rise. To those meeting Wittrock for the first time: welcome to the club.

More like this
Morfydd Clark’s Party Trick Is Only Impressive To “People Outside Of Wales”
By L'Oréal Blackett and Maxine Harrison
What Is Miles Teller’s Net Worth? The 'SNL' Host's Bank Account Is No Joke
By Meg Walters
Lin-Manuel Miranda & Tituss Burgess React To 'Little Mermaid' Casting Backlash
By Radhika Menon
An Extremely Messy Ranking Of What Actually Happens In 'Don't Worry Darling'
By Chloe Foussianes
Get Even More From Bustle — Sign Up For The Newsletter