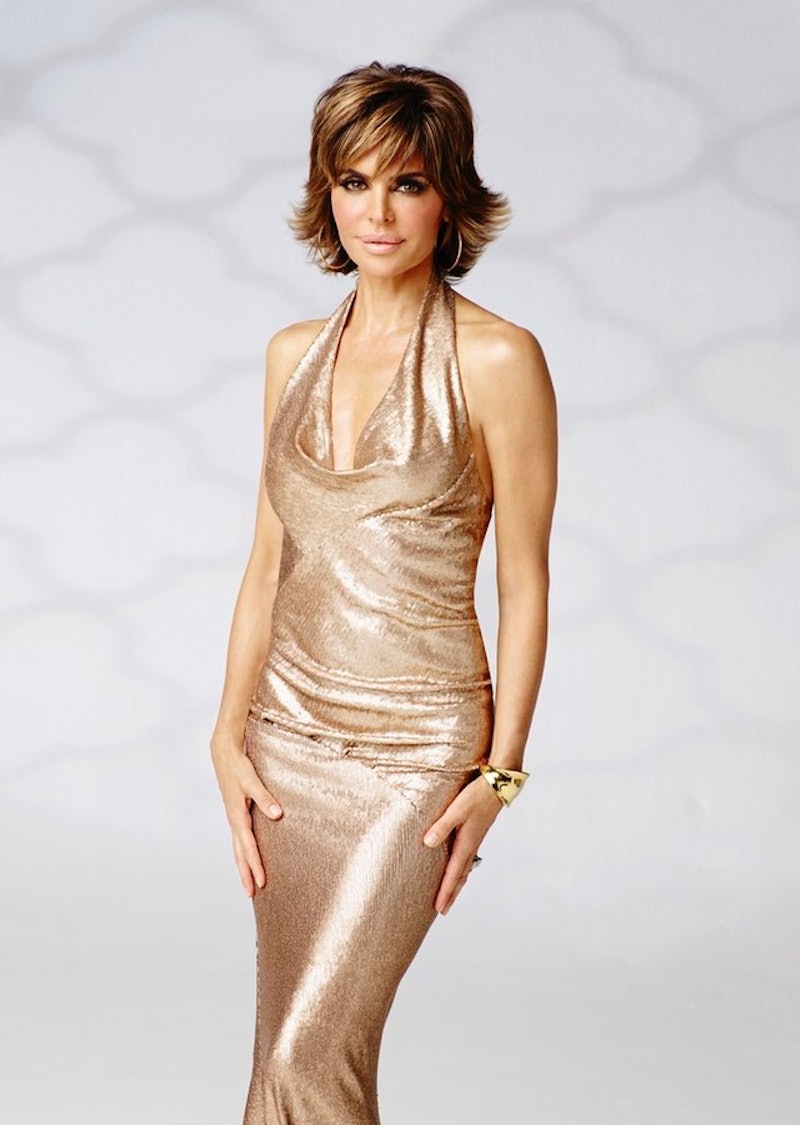 Sometimes the glitz and the glamour of California becomes too much for The Real Housewives of Beverly Hills to handle, and they've got to get the heck out of dodge. Usually, we prefer them to do it together, taking the trip from Hell to some European city, southwestern ranch, or tropical island so we can get our fill of drama for the hour. However, a visit to a Housewife's hometown can often be just as enlightening, and that's exactly what happened when we visited Lisa Rinna's family in Medford, Ore. during Tuesday night's episode of RHOBH .

I for one am so glad Lisa joined the RHOBH cast this season because she's so down-to-earth, funny, and up for anything. She's been pretty open on the show, too, being real with us on everything from poking fun at her famous plastic surgery to the fact that she's never too high and mighty for making a quick buck. But this episode let us into Lisa's life like never before, and we got to know her beyond her Housewife persona but almost like a regular person. Huh, fancy that.

During the episode, Lisa took a trip to say goodbye to her childhood home in Medford, Ore. before her parents left for good and the new owners moved in. With her dad Frank's old age at 92 and her mother Lois' sudden stroke, Lisa went back home to put the final touches on it so her parents could take it easy in a senior home as they live out the rest of their old age.

Of course, whenever family is involved, it's easy for things to get emotional really quickly. Frank's sentimental paintings of his past and the fact that he was clearly unhappy leaving his old home were enough to break anyone's heart.

But what was really heartbreaking was how ignorant and spoiled Lisa's teenage daughters Delilah and Amelia came off when visiting their mother's hometown. Delilah was shocked that there was so much fast food in Medford. Two McDonald's?! You're kidding! She also asked her mother if there were a lot of "chub chubs," meaning overweight people, in the town and implied that Lisa was strange for having gone to church as a kid. Mmmmkay. Insensitive much? To be fair, Lisa did acknowledged that she felt the same way about Medford when she lived there, always feeling like she was meant for the big city.

Luckily, the girls brightened up when they caught up with their grandparents, even if they did still seem a bit patronizing toward them. I guess home really does bring out the best in people.