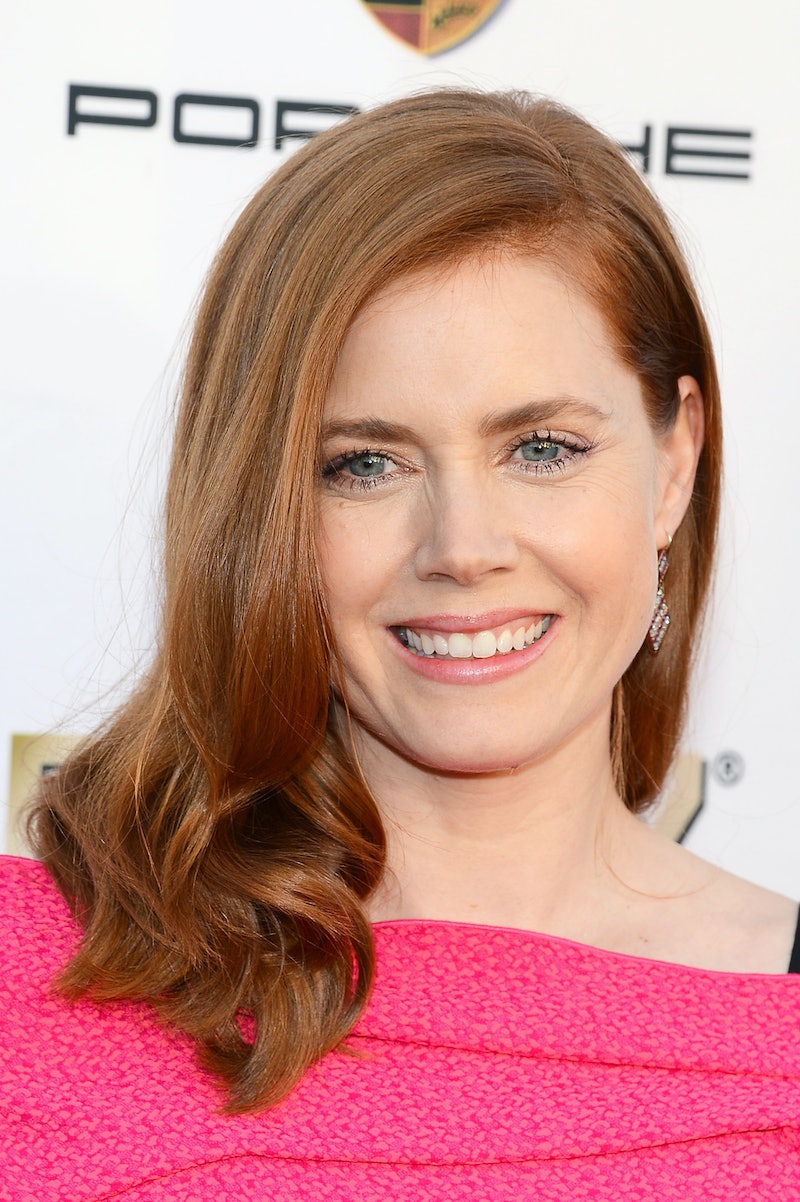 According to James Franco in The Interview, the first rule of journalism is, “Give the people what they want.” Apparently, The Today Show doesn’t exactly abide by this maxim. On Monday, the NBC daytime talk show opted to cancel a segment set to feature Amy Adams, with whom any American citizen would be elated to spend some TV time. And — coming full circle back to The Interview — it all had to do with those pesky Sony hacks. Confused? So is Amy Adams, who spoke to USA Today on Christmas Eve morning about the whole debacle.

Adams explained that she, despite vocalizing a discomfort over the prospect of discussing the Sony hacks issue, intended to comply with Today’s persistent intention of making the topic a principal component of her time on the program. She said, “I expressed that I was uncomfortable. I said I would rather not add my voice to this conversation. But it was clear they were drawing a hard line. That this would be part of the conversation.”

The actress, whose appearance on the show was meant initially to promote her new film Big Eyes, explained that following the above exchange with Today producers, she held the impression that the interview would continue as planned: “I walked away from the conversation and went up to the room to do the interview. I assumed they were going to ask me about [the Sony hackings]. And I was prepared for that, to whatever degree I was prepared.”

Almost immediate thereafter, Adams was hit with a surprise: “I was informed that they had decided to pull the interview. I was confused and definitely frustrated. I still don't understand.” The talk show’s official statement on the matter highlights its policy to not “allow guests to dictate restrictions on interviews,” though, considering Adams’ ultimate compliance to the whims of Today, it does seem a bit shocking that the show would opt to scrap the segment altogether.

After all, if we’ve learned anything from these past few days, it’s that canceling interviews is clearly not the way to go.

More like this
What’s New On Netflix: Ana De Armas’ 'Blonde' & A Nick Kroll Special
By Arya Roshanian
What’s New On Netflix: Meet 'The Real Bling Ring'
By Arya Roshanian
Every ‘RuPaul’s Secret Celebrity Drag Race’ Contestant’s Identity Has Been Revealed
By Brad Witter
Confusion Reigns After Kanye Changes His Instagram Profile Pic To Kris Jenner
By Jake Viswanath
Get Even More From Bustle — Sign Up For The Newsletter