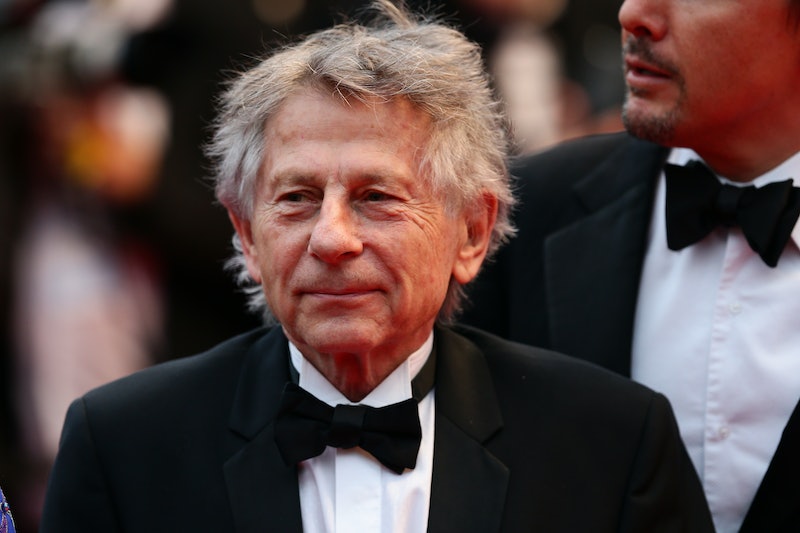 It's a decades-long saga that you might often forget about but will disgust you anew when new information surfaces. Here, though, is a modicum of good news in the case: Roman Polanski's plea for the sexual abuse charges against him to be dismissed has been denied. As reported by The Los Angeles Times, "A Los Angeles County Superior Court judge has rejected an effort by well-known director Roman Polanski to have all sexual assault charges against him dismissed in a three-decade-old case that spurred him to flee to Europe to avoid sentencing."

Polanski was charged in 1977 for sexually assaulting the then 13-year old Samantha Geimer (then known as Samantha Bailey) at Jack Nicholson's estate in Los Angeles. Polanski fled the country when it became apparent that he would face jail time for the assault. In 2013, Geimer released a memoir about her traumatizing experience, and her book's subversive material was accompanied by a subversive cover: a photo of her taken by Polanski just days before he assaulted her.

Per the Times, "Polanski, now 81, was aiming to finally wrap up the legal drama that had kept him an exile from the United States since 1978." He seems, as always, insensitive and aggressively ignorant that what he deems "legal drama" forever changed the course of a young girl's life. It's a small reassurance that many Los Angeles attorneys and prosecutors believe that the case will never be dismissed, as Polanksi stands in contempt of court for refusing to return to the United States.

It's been a rough year in exposing the ills of powerful men in Hollywood—of late, the on-going case of Bill Cosby, the case of Stephen Collins, and earlier in 2014, the allegations brought against Woody Allen by his stepdaughter Dylan Farrow of sexual assault. Is it uncomfortable to see such "legends" torn down? Maybe, but at least we can begin 2015 with that same fire we had this year in burning our idols and holding them accountable for their actions. Polanski is not immune to the public's watchdog eye, no matter how old his case may be—that kind of pain is not erased by time.

More like this
Where Is Armie Hammer’s Ex-Wife Elizabeth Chambers Now After 'House Of Hammer'?
By Grace Wehniainen and Radhika Menon
Where Is The Bling Ring’s Rachel Lee Now?
By Arya Roshanian
What Is 'Pretty Wild' Star Tess Taylor Up To Now?
By Morgan Leigh Davies
After The Bling Ring, Nick Prugo Was Embroiled In Another Scandal
By Arya Roshanian
Get Even More From Bustle — Sign Up For The Newsletter