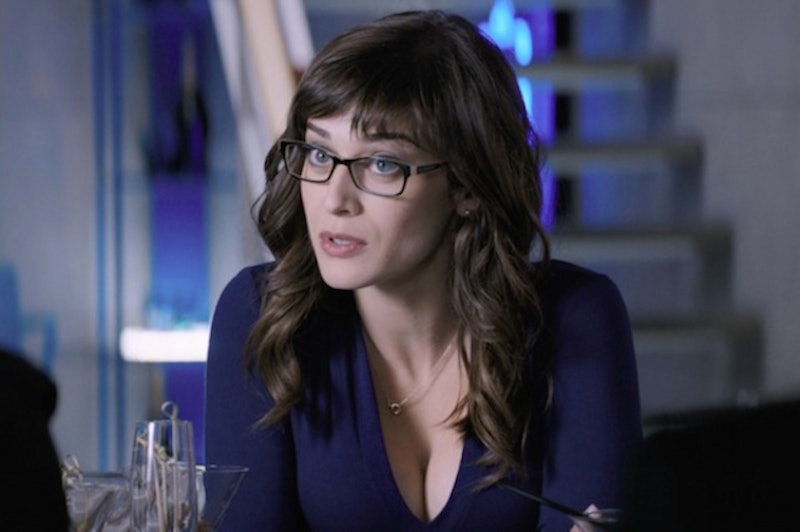 Of the two Seth Rogen films to release this year, the one that will leave the bigger imprint on the international history books will undoubtedly be The Interview . Thanks to its unprecedented cancelation by Sony Pictures following threats from a cyberterrorist group that took issue with the film’s maligning of Kim Jong-un (and its even more unprecedented uncanceling following backlash from an American public that took issue with the studio’s appeasement of the aforementioned organization), The Interview is undoubtedly the more “important” of Rogen’s pair of 2014 comedies. But that doesn’t mean it’s the better film — many will contend that the tighter, sharper, and more mature Neighbors is indeed the stronger comedy. Of course, this is a case of subjectivity. But there is one realm in which Neighbors all but surely trumps The Interview: female characters.

First, let’s look back at Neighbors, which stars Rogen and Rose Byrne as a young married couple (with a newborn baby) who regress to diabolical lunacy after a household of obnoxious frat boys moves next door to them. One of Neighbors’ most memorable sequences involves Byrne’s character, pigeonholed by her husband as the “voice of reason” due solely to her gender, lamenting this brand of subjugation and proclaiming herself (with pride) just as much of a wild screw-up as he.

This isn’t a Kevin James movie, Byrne asserts, chipping at the fourth wall to make a point about American culture’s allocations of women both in film and beyond it. She won’t be relegated to cantankerous resentment of her fun male partner’s entertaining misadventures. She wants in. She can be just as dumb, wacky, and hilarious as any man. And, truth be told, Byrne is the funniest part of Neighbors, far and away.

Jumping ahead seven months, we find The Interview, which seems to have forgotten some of the lessons that Rogen learned in his May release. The silly satire keeps a very Rogeny Rogen at the center, eschewing a likewise nutty wife partner for colleague and best pal played by James Franco. So what does the movie do with its women? Well, very little.

We have Lizzy Caplan, playing a stern CIA Agent who may or may not be guilty of “honeypotting” (that is, manipulating through the bounties of sexual attraction) Franco’s character into carrying out the film’s central mission of assassinating North Korean Supreme Leader Kim Jong-un. Like Byrne, Caplan does get her own tirade devoted to dispelling this particular age-old trope — calling Rogen’s accusations of her of committing the above transgression sexist and reductive — but it doesn’t quite land in the same way. Not simply because we never get genuine confirmation that she isn’t complicit in what the film deems “honeypotting” (a spy movie staple), but because Caplan’s character is otherwise relegated to bland exposition, frustrated reactions to Rogen and Franco’s buffoonery, or outright absence. The second half of the movie keeps her out of sight almost entirely, to the point where a late-in-film cut to her holding down the agency’s home base incurs a jarring, “Oh yeah! She’s in this!”

Inheriting The Interview’s female presence from Caplan in the second half of the feature is Diana Bang (and there are going to be a few spoilers here), a high-ranking associate of Kim Jong-un’s who wins the heart of Rogen’s 50 percent amorous, 50 percent lustful character. While Bang is allowed a bit more freedom in spirit, roped into a few of the boys’ wacky antics later on in the film, she’s a victim of another agonizing tradition long saddled to female characters: the majority of Park’s onscreen material is sexual in nature. She’s either being ogled by Rogen, objectified by Franco, or — in two of her bigger scenes in the film — thrust into the throes of intercourse with Seth’s character. This isn’t meant to take away from Park’s performance as the government official, nor her propensity to go full-on badass when the climax breaks, but simply to call out that she’s really only asked to be a sexual conquest (even if it’s a relatively “sweet” one) for the male lead.

Sadly, none of these shortcomings are particularly unique for a Hollywood comedy, but they are surprising for a Rogen film. Considering all he’s done to break down traditional masculinity and heteronormativity in his past films, you’d think his latest feature would have some better parts for its two duly talented women. We might always remember The Interview for its place in sociopolitical history, but we’ll choose to forget its second-rate female characters.

More like this
The 50 Most Powerful Characters In The Marvel Universe, Ranked
By Johnny Brayson and Nola Pfau
A New Scooby-Doo Movie Confirmed Velma Is Gay & Twitter Is Pumped
By Radhika Menon
At 14, Jurnee Smollett Was Taking Meetings With Missy Elliot & Lauryn Hill
By Chloe Foussianes
Everything You Need To Know About ‘Black Panther: Wakanda Forever’
By Bustle Editors
Get Even More From Bustle — Sign Up For The Newsletter