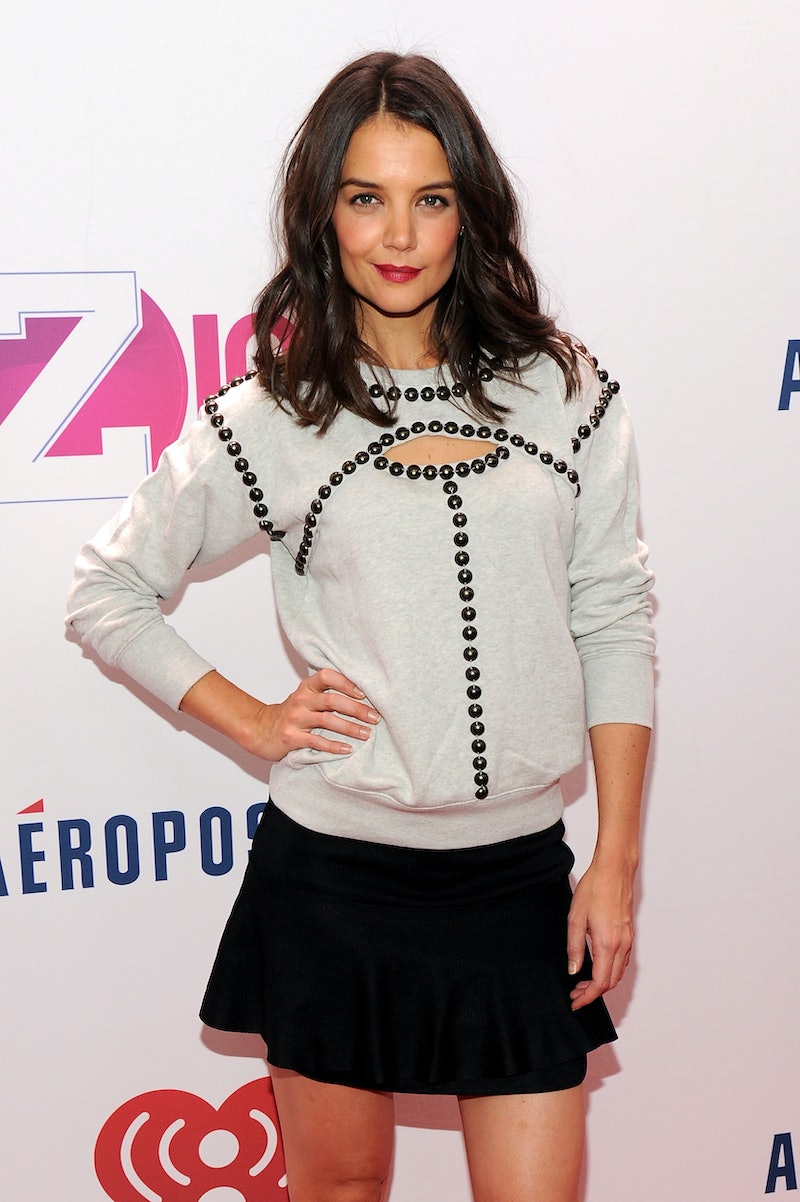 There will never be a time in my life when I look at Katie Holmes and don't think of her as Joey Potter. It's just impossible. Having survived my emotional, angst-filled teenage years by the skin of my teeth and the life lessons taught on Dawson's Creek, I don't think I would have been able to do it without Joey's sage advice and sarcasm. And being that I'm certainly not the only one who sees Holmes as Joey, I wouldn't be surprised if she wanted to do just about anything to distance herself from the role that made her famous, but as it turns out, Holmes isn't like that. In fact, she herself is having a hard time letting go of Joey Potter just like the rest of us are.

In a recent interview with Elle Canada, Holmes talked about the role that made her famous, and what she said made me want to hug her.

I don’t know if I have moved past it, but I don’t really care. I had a ball doing it, and it’s really nice to be a part of something that did affect people. And it created a lot of opportunities for all of us. You can’t really ask for much more than that.

Considering the fact that Dawson's Creek is still pretty dear to the hearts of the people who grew up watching it (and the next generation, who more recently discovered it on Netflix), it's nice to hear that Holmes is still attached, too. There are a lot of reasons why Dawson's Creek is still relevant today, and for these reasons, I'll probably never be able to move past it, either.

Joey and Dawson might've done things that are absolutely foreign to 2014's teenagers, like rent VHS tapes and survive without a cell phone or a computer, but the turmoil of high school and college doesn't change. Relationships are still just as complicated, close friends and family members still die, and although few people's actual lives are as dramatic as the Dawson's gang's were, the characters are still as relatable as ever. When Joey cries, I cry with her. When Dawson cries, I laugh.

If you don't like the show for any other reason, you can at least watch for Joshua Jackson and know that you're not wasting your time. Have you seen that face? Pacey was my dream boyfriend from ages 14 until... well, now, probably.

Joey Was a Total Feminist

Despite the fact that her family was poor and she was dealing with a mother who died from cancer and a father in jail for drug trafficking, Joey had dreams, and she achieved them. She broke up with her boyfriend when she realized she didn't know who she was. She became a kickass artist. She demanded respect in her relationships. She went to her dream college. She grew up to be a book editor. She got out of Capeside. She's basically superwoman.

Holmes, don't let a character like this go, and I promise I won't either.

More like this
Netflix Reveals First Look At Wednesday In The 'Addams Family' Spinoff Series
By Bustle Editors
The Best 'Grey's Anatomy' Intern Moments, From MAGIC to Glasses
By Grace Wehniainen
24 Years Ago, 'Friends' Dropped Its Most Underrated Ross & Rachel Episode
By Grace Wehniainen
Lindsay Lohan & Jonathan Bennett Celebrated Mean Girls Day Very Differently
By Jake Viswanath
Get Even More From Bustle — Sign Up For The Newsletter