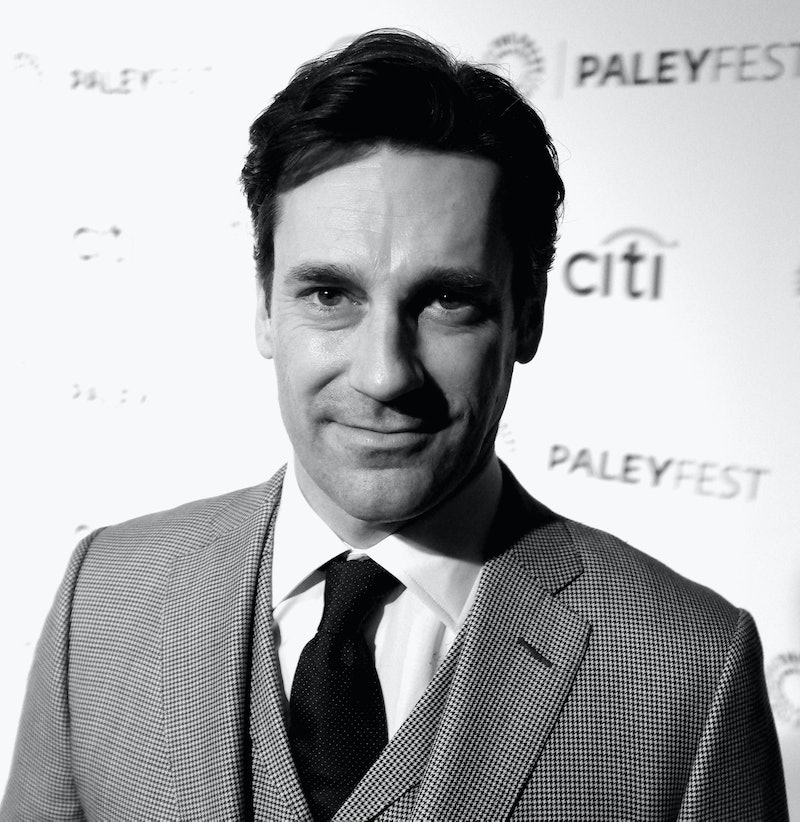 Nothing says Christmas like dystopia, torture, and online predation. Black Mirror, the acclaimed UK series that recently came to Netflix, aired its Christmas special in the U.S. on DirecTV on Dec. 25. The show functions like The Twilight Zone, with each horrific episode centering on new characters and a new story. This holiday season, Mad Men's Jon Hamm was one of the stars. Though there isn't any narrative link between episodes, they all explore the destructive potential of technology. Rather than the supernatural, it's the technological that's the looming threat in Black Mirror. Think about the title for a little bit.

I didn't watch the special, but I have watched the show on Netflix, and this episode sounds like pretty typical Black Mirror fare. And by typical I mean dark and excellent. Vulture compares Hamm's character on the show to Don Draper without the redeeming qualities, a smooth womanizer with a wife. This episode takes place in a futuristic world where you can block people in real life and wealthy businessmen can hire digital versions of themselves as personal assistants. Throughout the episode, Hamm's character, a pickup artist, guides a protégé through the art of seduction until the effort goes violently awry.

If this sounds like the kind of thing you're into, I highly recommend watching Black Mirror on Netflix. It's a chilling show, and fairly hard to watch, but the drama explores the modern world in an entirely fresh way. Though the special doesn't seem to be available online yet, I'm sure it will be eventually. In the mean time, the series is a great watch over the holiday break, though I don't recommend binge-watching. To be honest, each horrifying episode makes me want to step away from my computer for a while.

More like this
How To Dress Up As A ‘Squid Game’ Character For Halloween
By Emma Carey
14 Last-Minute Halloween Costumes That Only Require A Flannel Shirt
By Kirsten Nunez
64 Genius Gift Ideas For Every Single Guy In Your Life
By Teresa Newsome, Mia Mercado and Brittany Leitner
12 Easy Halloween Costumes You Can Wear With A Denim Jacket
By Kirsten Nunez and Bustle Editors
Get Even More From Bustle — Sign Up For The Newsletter