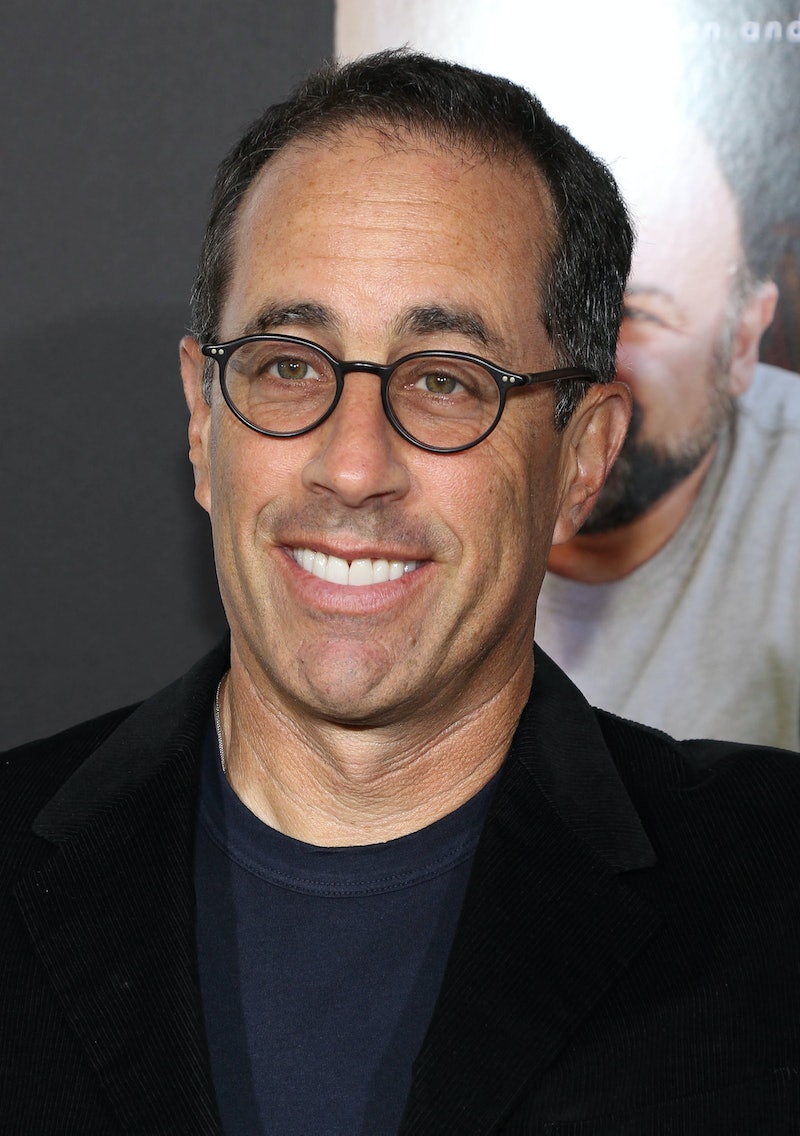 No, you did not wander into a time warp into the mid '90s: That was Jerry Seinfeld performing stand-up on the Tonight Show earlier this week. The rarely-perfoming comedian did a five-minute set on Tuesday night's show, largely dedicated to how much he hates stuff—and it was a delight. Lest you think my description of his performance makes him sound like scream-o comic Lewis Black, I assure you this was not the case. Seinfeld's hatred of stuff was literal: He was hating on stuff. He hates acquiring objects because eventually, no matter what, everything will eventually turn into garbage. Oh, Jerry, you lovable Nihilist.

It was at this point that I lowered my coffee mug and said, "Come on, Jerry, that's a little grim for the holidays." This is not the time of year when I want to be considering how all the glorious material possession I'm currently enjoying will one day be tossed aside! I know it's true, but I don't want to think about it! That's probably because I have to actively work to keep myself from becoming a hoarder. "Becca, what should I do with this wad of cat hair from under the sofa?" "SAVE IT, WE COULD ONE DAY MAKE A COAT!" That's me, basically. Luckily for us all, my roommate is not an insane person and frequently nips my "SAVE IT ALL!" impulse right in the bud.

Back to the point: Jerry Seinfeld is a gifted comedian. That is not saying anything particularly revelatory. We all know he's a funny dude. But we never get to see it anymore. So it's nice when he comes back onstage every now and then to perform stand-up and remind us all just why we dig watching reruns of Seinfeld with our reheated day-old lasagna after a tough day at the office. That said, he's also very much of a certain time and his comedy reflects that. I know, I know—I'm bracing myself for the deluge of Seinfeld fans to come attack me, all wearing puffy shirts. But let's be honest: He did an extended joke about Ebay. EBAY, you guys! At the very least, the dude should have been referencing Amazon Prime.

More like this
The Black Lotus Staff Has "Had Enough" In The 'White Lotus' Spoof From 'SNL'
By Brad Witter
Darren Harriott Is Keeping His Love Life Away From The Spotlight
By Darshita Goyal
Courteney Cox & Laura Dern Proved Their BFF Status With Matching Tattoos
By El Hunt
Here’s What Happens To Bill & Frank In 'The Last Of Us' Video Game
By Brad Witter
Get Even More From Bustle — Sign Up For The Newsletter
From hair trends to relationship advice, our daily newsletter has everything you need to sound like a person who’s on TikTok, even if you aren’t.