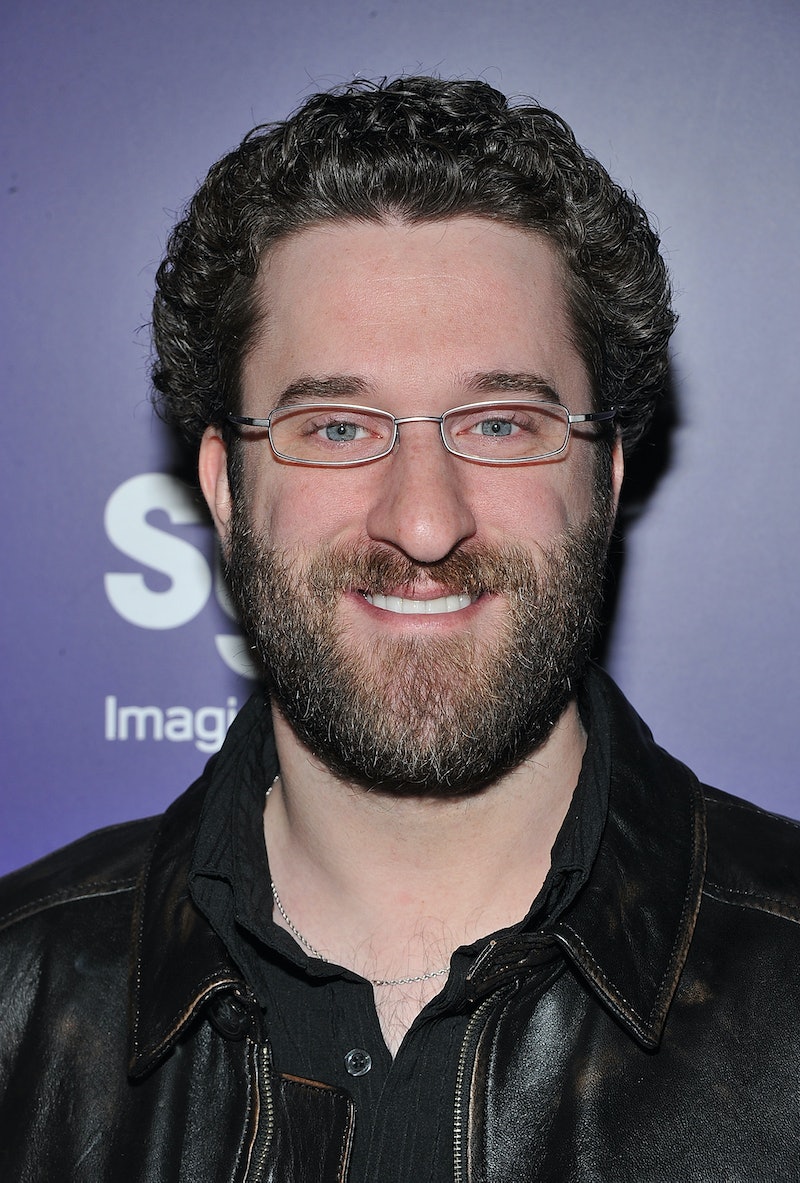 These days, Screech doesn't have Zack Morris by his side to pull him out of trouble. Saved by the Bell star Dustin Diamond was arrested in Wisconsin on Friday for carrying a concealed weapon, possession of a switchblade, and first degree reckless endangerment, according to Fox. Sources told TMZ that a couple was trying to take a photo of Diamond and his wife from afar on Christmas, so Diamond's wife pushed the other woman on their way out of a bar. Diamond allegedly pulled a knife after the fight escalated outside, and cops came to arrest them at their Port Washington, Wis. home on Friday morning. No official details have been released, but the actor will appear before a judge on Friday afternoon in Ozaukee Court.

Diamond has stayed mostly out of the spotlight in his post-SBTB days, except for a few months ago when Lifetime's Unauthorized Saved by the Bell Story aired. That "biopic" was loosely based on Diamond's book Behind the Bell — which was written by a ghostwriter, by the way — and he had an executive producer credit, but the star claims he never even saw the movie. He is still playing Screech in a way, though, as he portrays a fictional version of himself in off-Broadway's Bayside! The Musical in New York City.