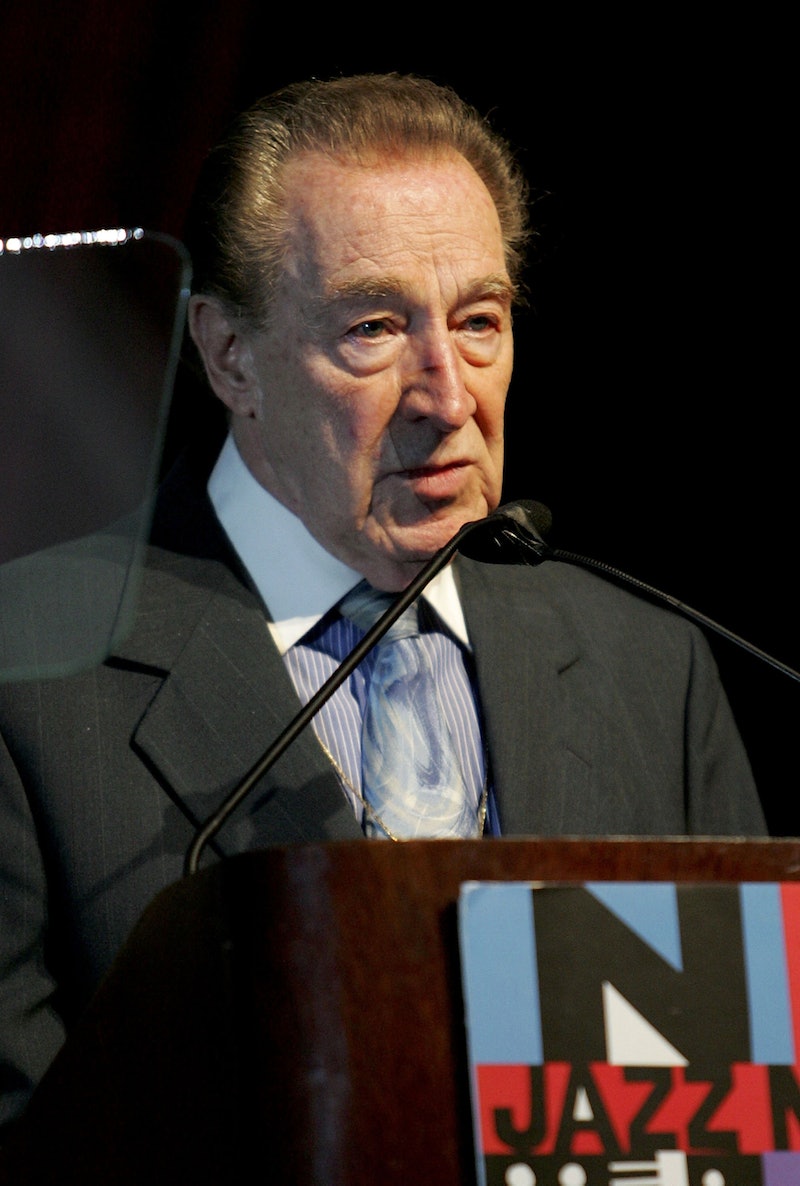 Buddy DeFranco, widely considered one of the best jazz clarinetists of all time, passed away on Dec. 24, as reported by Variety. Throughout his career, the man often called "the Charlie Parker of the clarinet" played with the likes of Frank Sinatra, Billie Holiday, Ella Fitzgerald, and Tony Bennett.

DeFranco was born in New Jersey in 1923, though with the spectacularly lengthier name of Bonifacio Ferdinando Leonardo DeFranco. After years of classical training and taking up the clarinet at a young age, he boldly began a career as a jazz clarinetist just as big band music was in decline. He didn't let this stand in the way of his career goals, performing swing and bebob in his time, but never switching from the clarinet.

He served as a bandleader for many years, including as the leader of the Glenn Miller Orchestra from 1966 to 1974. He continued performing as a clarinetist for 75 years. He earned such titles as National Endowment for the Arts Jazz Master and Living Jazz Legend by the Kennedy Center. For 16 years in a row, he won the Playboy All-Star award for top jazz clarinetist in the world.

DeFranco passed away in Panama City, Florida at age 91 after a period of declining health and is survived by his wife, Joyce. His contributions to jazz and great talent, as shown in the video below, will surely never be forgotten.

More like this
The Spice Girls Just Dropped A Brand New Music Video
By Sam Ramsden
Lindsay Lohan & Jonathan Bennett Celebrated Mean Girls Day Very Differently
By Jake Viswanath
Twitter Is Unravelling Over Wolverine’s Return For 'Deadpool 3'
By Darshita Goyal
What Does Nancy Jo Sales Think Of 'The Real Bling Ring'?
By The Editors
Get Even More From Bustle — Sign Up For The Newsletter