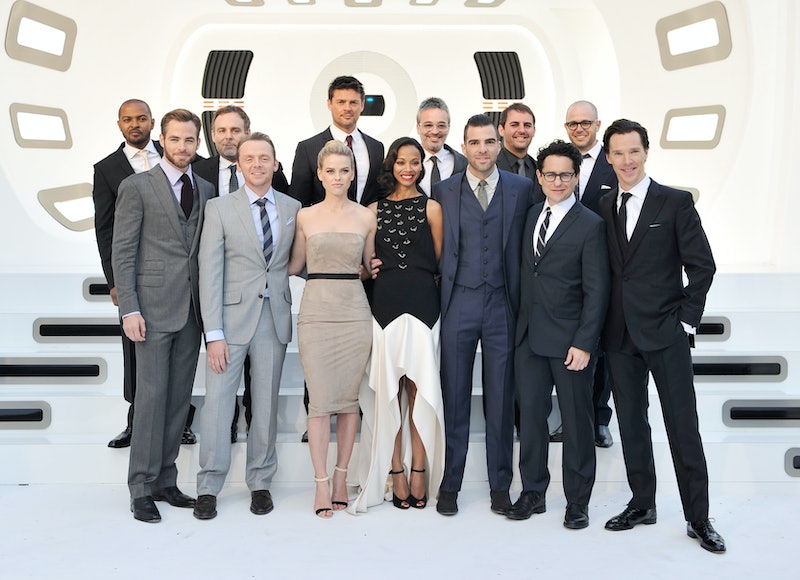 The current Star Trek movie franchise is in a state of flux. Roberto Orci, who was set to take over J.J. Abrams' directorial mantel for the third in the rebooted films, left the gig three weeks ago, with Fast & Furious 6 director Justin Lin stepping in as Star Trek 3 's director. Now ComicBook.com is reporting that in addition to leaving the director's seat, Orci's screenwriting credit for the movie will also be gone. So what are the chances that the film's probable remaining screenwriters, Patrick McKay and John D. Payne, will embue Star Trek 3 with the soul it needs?

There are a lot of things that I really, genuinely enjoy about the rebooted Star Trek films as helmed by J.J. Abrams. The casting was great in the first one, and they're paced in a way that makes them rollicky, fun rides with peaks of emotion like Into Darkness served up. I don't even dislike the oft-mocked lens flares. But for those who've partaken in the Star Treks of yore, there's no denying that this current iteration is missing the very soul of what Gene Roddenberry's vision served up when it came to questions about humanity. As Slate's Matthew Yglesias put it, "Trek has a very particular take on what it means to be human." And that's a perspective that's been practically absent in the Abrams version of the films.

IMDb doesn't have much (read: any) in the way of info about McKay and Payne, or whoever else might take over the writing duties for the third Star Trek film. But I hope with all the changes happening that there's room for a broadening of these films from hijinks and the occasional high-emotion scene to paint some of the same images of humanity and exploration that made Star Trek so beloved in the first place.