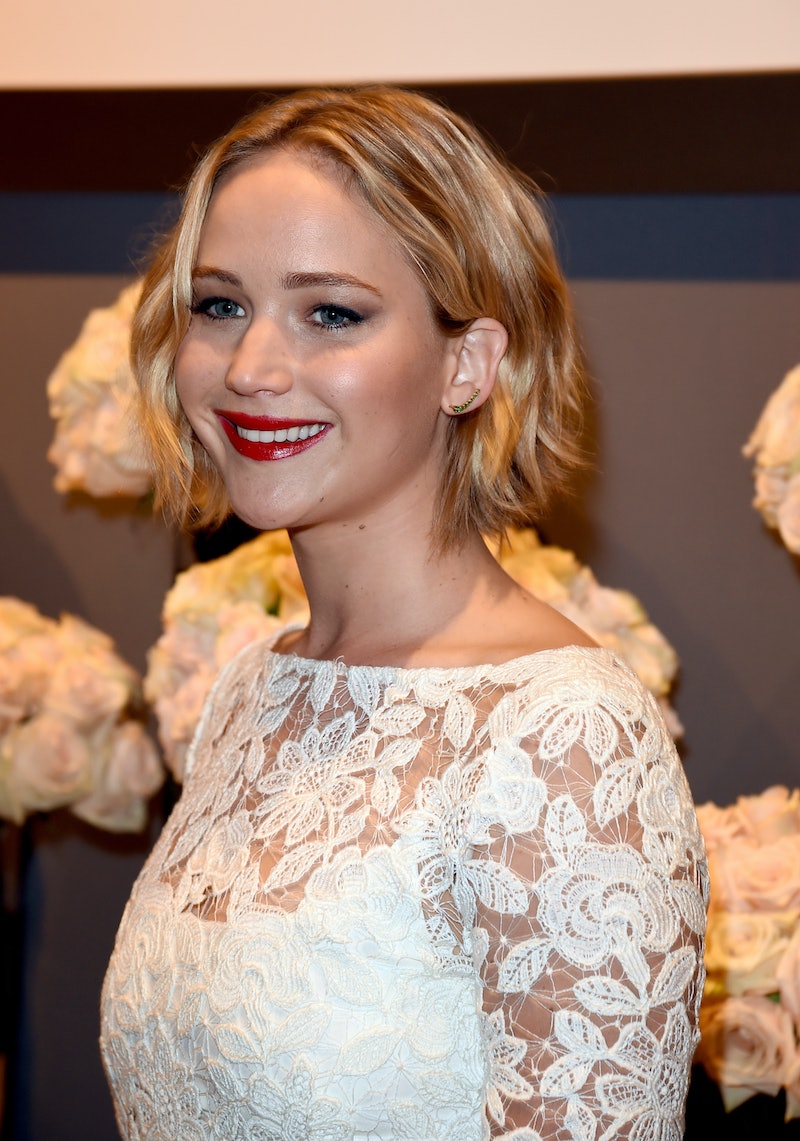 First, America fell in love with her as Katniss Everdeen in The Hunger Games. Then, we all obsessed over her when she tripped walking up the stairs to receive an Academy Award for Best Actress (Silver Linings Playbook) in 2013 — not to mention for her ability live her life as a nonstop meme. So, it’s not at all shocking that everyone’s favorite celebrity, Jennifer Lawrence, has become the highest grossing actor of 2014 as well, according to Forbes. I mean really, what can’t she do?

So, what helped Lawrence nab the honor? Simply put, blockbusters left and right: Lawrence starred in both The Hunger Games: Mockingjay — Part 1 and X-Men: Days of Future Past this year, which grossed $1.4 billion collectively at the box office worldwide. That number is expected to grow with Mockingjay still playing at cinemas everywhere. Even more impressively, with films like Serena, The Hunger Games: Mockingjay — Part 2, and Joy all set to hit theaters in 2015, Lawrence might even be a contender for a top spot in the highest grossing actors list next year too.

As for the rest of Forbes' list, Chris Pratt took second place thanks to his successful roles in The LEGO Movie and Guardians of the Galaxy (which, for the record, is still the number one movie of the year) — for these two movies, Pratt grossed $1.2 billion worldwide. At number three was Scarlett Johansson for Captain America: The Winter Soldier, Lucy and Under the Skin, all of which helped her pull in $1.18 billion worldwide.

Among the other top grossing actors of 2014 were Mark Wahlberg, Chris Evans, Emma Stone, Angelina Jolie, James McAvoy, Michael Fassbender and Hugh Jackman. Oddly enough, the last three actors to make it onto the list all participated in X-Men: Days of Future Past alongside Lawrence. Aside from being quite successful on their own anyway, maybe there’s something quite special about mutant friends who stick together.