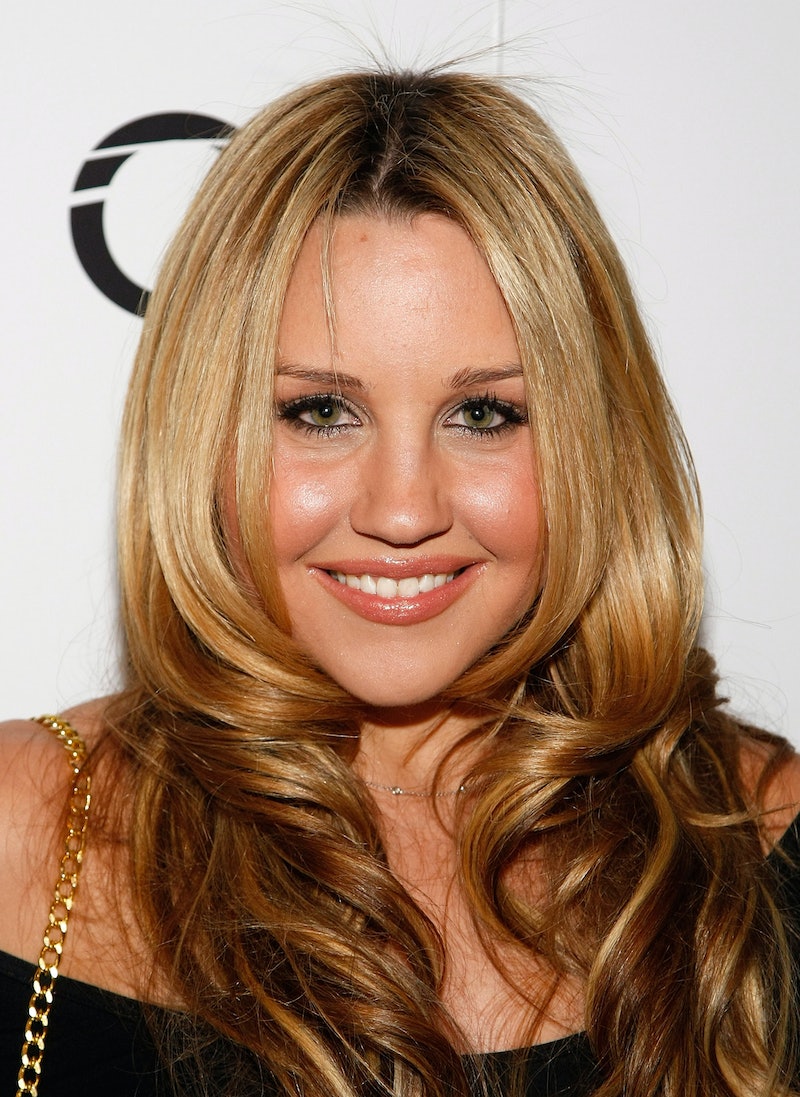 Throughout the year, the majority of news related to Amanda Bynes has been quite troubling, to say the least. So when the 28-year-old actress tweeted a photo of herself on Christmas, revealing that she's now a brunette, I could totally understand why anyone rooting for Bynes to get back on track took this seemingly normal gesture as a sign that things are improving for her. And if there is any legitimacy to the latest rumors that Amanda Bynes is stable and no longer taking medications to treat her mental disorders, it seems she just might be on track to close out 2014 on a very positive note.

According to TMZ, Bynes' overall mental state has improved drastically. Allegedly, she's said to be managing her stress with pilates, yoga and meditation. And shockingly enough, her parents have reportedly allowed her partial access to her bank accounts.

That's pretty significant progress when looking back on how Bynes' relationship with her parents spiraled out of control in the midst of her troubles. In the past, she's made some pretty startling accusations against them on Twitter and shortly after Bynes was involuntarily admitted to a psychiatric facility, her parents gained conservatorship over her because she wasn't being financially responsible.

After hearing about Bynes' worrisome social media outbursts and all of the other sad developments that have led up to this point, these reports should definitely be taken with a grain of salt — as all rumors should be — but let's just sincerely hope that things are actually looking up for Bynes and that she's taking the necessary steps to start the new year healthy and happy. Rooting for you, Amanda!