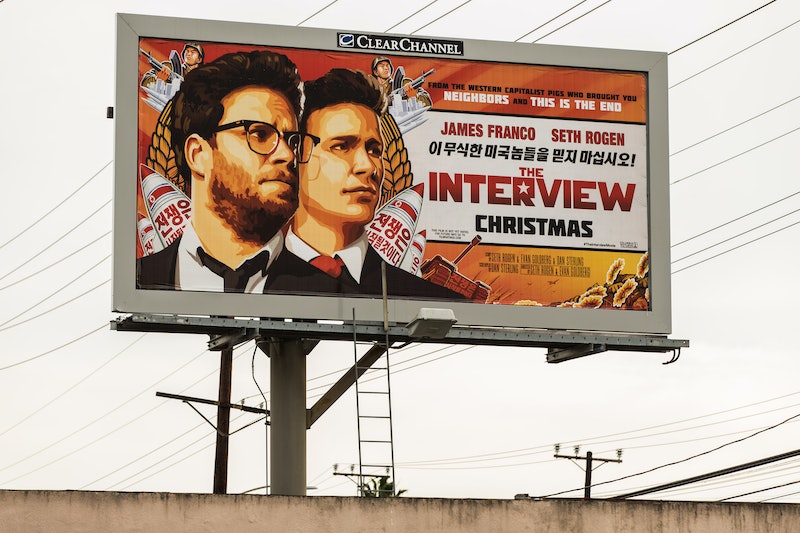 Just when it felt like the dust around The Interview controversy was beginning to settle, the film has managed to incite the wrath of someone else. In addition to making the North Korean government livid thanks to its plot surrounding an assassination of North Korean dictator Kim Jong-un — not to mention eliciting a verbal scolding from a Russian official — Uproxx now reports that a Korean pop star is the latest person to voice major objections to the movie: Singer Yoon Mi-Rae alleges The Interview used her song "Pay Day" without permission. In a press release, representatives for Mi-Rae and her duet partner Tiger JK announced plans to take legal action against Sony.

The statement from the singers' agency FeelGhoodMusic reads:

"There were initial discussions about including the song in the film score, but negotiations stopped so we were under the impression that it wasn't happening. It was only after the film was released that we became aware of the song's unauthorized use, without taking the appropriate and necessary steps to complete a contract with the artists."

According to Billboard, a spokesperson for the group added, "The artists were also hesitant about authorizing the use of the music, as the film is a very sensitive topic in Korea, so they are very surprised."

While there are plenty of people gleefully streaming The Interview online, this latest update suggests that the Seth Rogen and James Franco comedy is well on its way to become the whipping boy of the film industry.