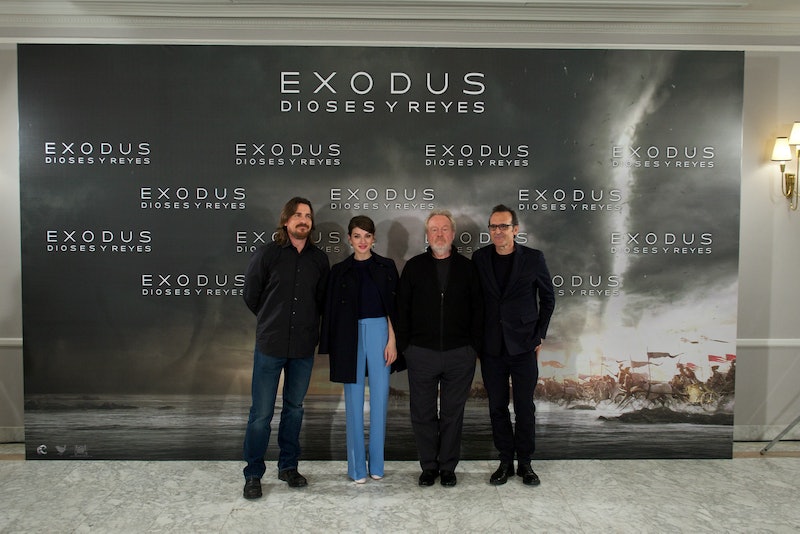 When Exodus: Gods and Kings made its way to theaters in the U.S. earlier this month, it was a major flop in the box office with a current domestic total of $48,147,000 and a 29 percent rating on Rotten Tomatoes. Despite starring big names like Christian Bale, Joel Edgerton, Ben Kingsley, Sigourney Weaver, and Aaron Paul, the film was expected to be a failure from the beginning after moviegoers noticed a huge error in the first trailer for Ridley Scott’s film: The all-white cast. And after even bigger issues with the film’s reported inaccuracies involving the Biblical book, both Egypt and Morocco banned the film from their theaters. And now? Following the lead of these two countries, the United Arab Emirates has also banned Exodus, making it extremely likely that even more countries will do so as well.

Although the director of Content Tracking at the UAE’s National Media Council, Juma Obeid Al Leem, released a statement in Dubai’s Gulf News stating that there were “many mistakes not only about Islam but other religions too,” it’s also likely that their decision was a result of aniconism. Aniconism, which is the prohibition of depicting prophets (like Muhammad for example), is a tradition upheld in both Islam and Judaism — and since Moses is a prophet, the UAE’s refusal to screen the film is understandable.

After having lived in Egypt for six years myself, I for one am just disappointed in the lack of Egyptian (or at least non-Caucasian) actors in the movie, so I’m not surprised that the banning of Exodus has suddenly become a chain reaction.

Though Darren Aronofsky’s Noah had a similar problem overseas when it premiered in theaters on March 28, its overall ratings weren’t as bad. It looks like Exodus has become a learning opportunity for Hollywood, so I hope that all directors and producers are taking note for the future.