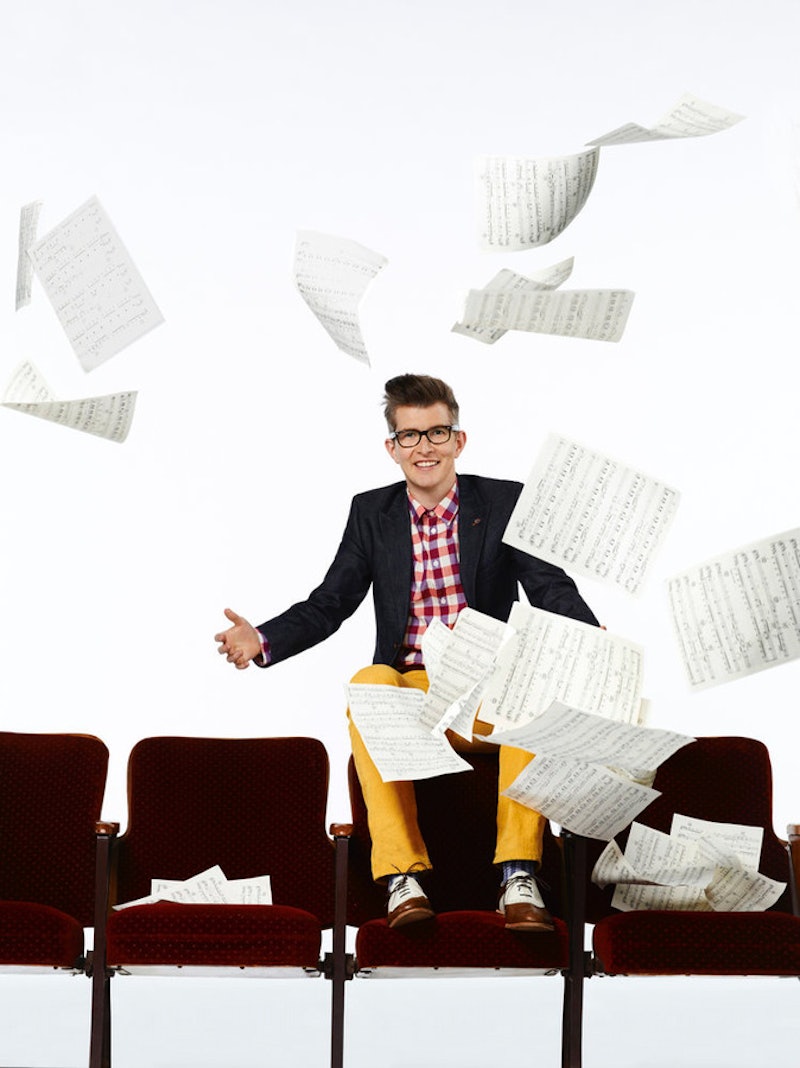 Musicals seem to be everywhere these days. NBC aired Peter Pan Live! earlier this month, which was somewhat of a sequel to the network's 2013 hit musical Sound of Music Live! Disney's Into the Woods, a feature film based on the fairy-tale musical by legend Stephen Sondheim, opened in a theaters on Christmas Day. And USA Network will all eight episodes of It Takes a Choir, starring British choirmaster Gareth Malone, on Monday. The long-delayed reality series is based on the BAFTA-winning BBC docuseries The Choir, also starring Malone, but will all those U.K. accolades translate to U.S. success and a second season for It Takes a Choir ?

It doesn't look too likely. It Takes a Choir has been in the works at the USA Network for a long time and was filmed in 2012, but the show has been pulled off the network's schedule at least four times since last year. Ouch — that's not a good sign for a feel-good show where Malone focuses on attempting to unite schools and communities through the joy and love of music — and specifically, turning them into a choir. With USA airing all the episodes between 12 and 8 p.m. ET on Monday, one could say the network is burning off the episodes at once to finally get the show off its plate. But on the off-chance that every single musically-inclined person tunes in that day and makes USA sit up and take notice, maybe the U.K. adaptation may have a slight chance.

Here's a little bit more info about the long-delayed choir series (and why it might stick to "event series" status):

Its British Roots Are In BBC's The Choir

The inspirational three-episode docuseries premiered on the BBC in 2006 and became an instant U.K. sensation. The Choir followed Malone as he put together a real-life Glee (but with a choir) at Middlesex's Northolt High School — auditioning and selecting students who have never had choir experience. After nine months, Malone takes the Northolt singers to compete at the 2006 World Choir Games.

The Choir Follow-Ups and Other Series

After the original three episodes, The Choir had many spinoffs and follow-up series. The Choir: Revisited takes a look at how choir changed the lives of Northolt students two years later. In 2008, The Choir: Boys Don't Sing followed Malone as he set up a music program at an all-boys school, where they strongly believe that, well, "boys don't sing." The Choir: Unsung Town, which premiered in 2009, had Malone take on teaching the entire working-class town of South Oxhey how to sing their hearts out.

Malone has also taught Olympic and Paralympic athletes to sing for Sport Relief 2010, celebrity chefs (who sang Rick Astley's "Never Gonna Give You Up") for the BBC's fundraiser Comic Relief 2011, the wives of military vets in The Choir: Military Wives, and businessmen in The Choir: Sing While You Work. The series has won several BAFTA and Royal Television Society Awards in the U.K.

Just like the it has done with The Office, Skins, and The Inbetweeners, Hollywood saw how successful The Choir was in the U.K. and decided to bring it to American soil. Besides, Glee was a huge hit and this show sounds like real-life Glee with a British Mr. Shue, right? It even filmed an episode at Pittsburgh's Brashear High School in December 2010.

At last, the series will debut all day Monday after a long wait.