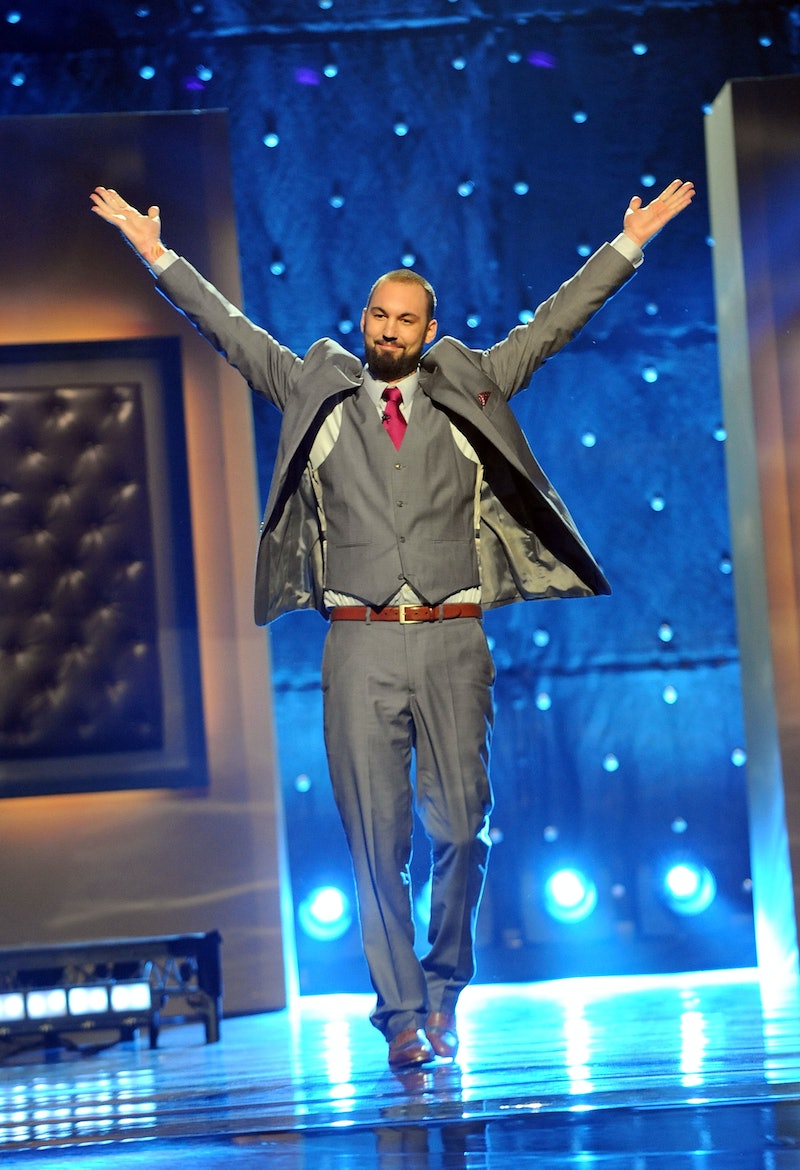 When I was a kid, I specifically remember having quarters in my hands and a big dilemma in front of a bunch of vending machines: Go with the ooey, gooey elastic hand, the temporary tattoos just like my friends, or a handful of Skittles. Truthfully, I always went with the Skittles, because tats always had this certain forbidden-ness — even though back then, they were temporary and you could put them where ever you wanted. However once you graduate to real permanent tats, you can pick whoever you want to handle the needle, including a contestant from Spike's tattoo competition series Ink Master and upcoming special New Year's Ink, Josh Hibbard. In fact, you can totally make an appointment with Hibbard in Portland, Ore. right now.

Hibbard starred in Season 3 of the competitive series and returned for Season 5's Rivals edition this year to face off with Jason Clay Dunn, but got eliminated last month for a shocking reason: He admitted to smoking marijuana to deal with his anxiety, which totally breached his contract with the show. Fans stuck by him with a #KeepJosh hashtag on Twitter and Hibbard released a statement, saying, "I competed fairly and used nothing but experience and skill. I was eliminated not for cheating, but for breaking a rule that was a conflict of my lifestyle. Even if the laws in Oregon allow me to smoke marijuana with out legal repercussion, I understand that I violated the rules of the competition."

Even though he didn't win Ink Master, there are undoubtedly tons of fans out there hoping to get tattooed by Hibbard, and if you're one of them, here's how.

If you're not already in one of the hippest cities on the West Coast, you should probably get there. Inspired Tattoo, Hibbard's shop and headquarters, is based in Southeast Portland on Morrison Street. Hibbard is originally from Oregon and decided to open up the shop in his home state this past August. Sometimes, though, Hibbard does make guest appearances in other cities for tattoo expos.

Previously, Hibbard rose from apprentice to big-time pro at two shops in San Diego: Classic Tattoo and Above All Tattoo.

Actually, call it a consultation. First, you need to fill out the form on Hibbard's website to request a consultation, where you'll discuss with him the "project" and extent of the art you want on your skin.

"During the consultation, I will talk with you more in-depth about your design, take a tracing to map out the size and shape for the tattoo, and look at any references that you might have," he writes on his website. "After talking if we both agree to move forward with the project then the artist will take a deposit and set up a future date to start the work."

Hibbard is quite an accomplished tattoo artist. His official bio states that, "Skilled with objects and portraits, he adds depth to his design using aesthetic techniques that accentuate the unique contours and natural lines of each dynamic human canvas. Joshua has developed and refined artistic techniques that enhance details and generate striking visual effects." So whatever design you choose, it's bound to look amazing when Hibbard inks it onto your skin.