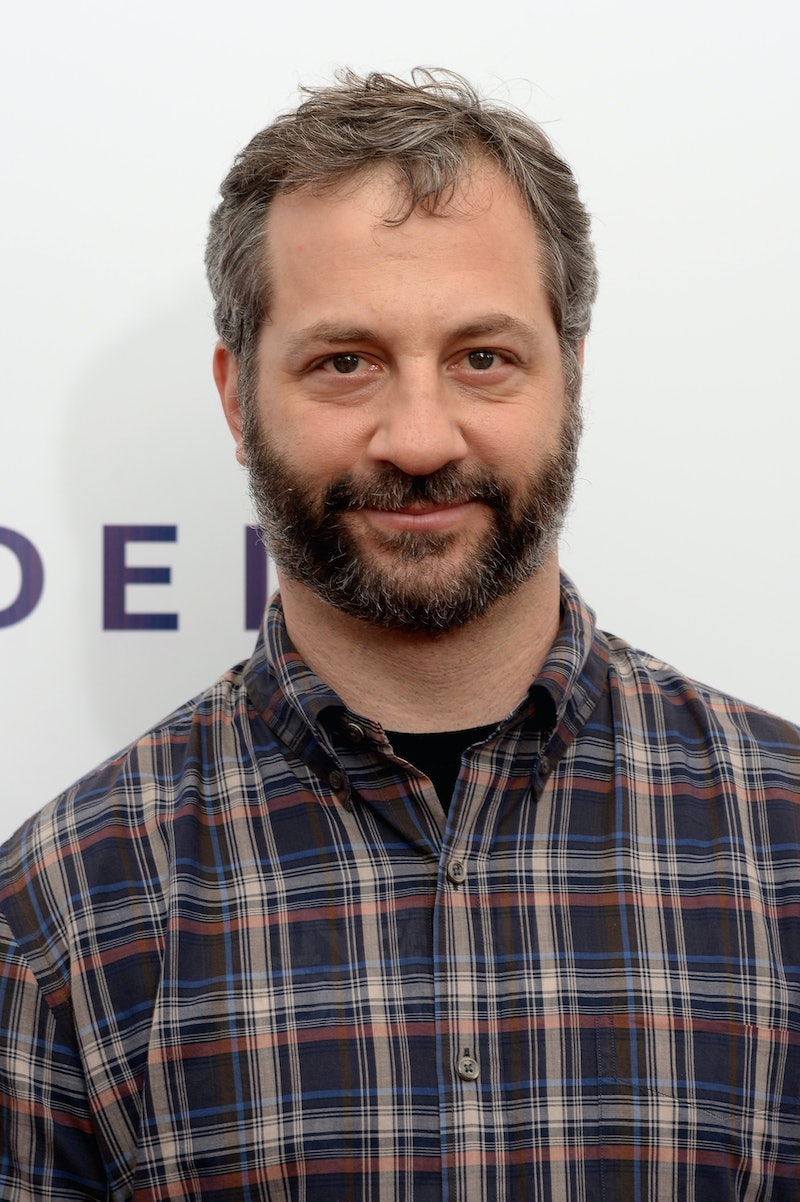 Well, we know where the Girls producer stands. Judd Apatow has taken to Twitter to question why so many people are sticking up for Bill Cosby, responding to many of his Cosby-supporting followers with rebuttals. "He should speak publicly about how false this all is. 30 alibis," Judd Apatow replied to a follower who tweeted "innocent until proven."

The number of accusers at this point appears to be closer to 21, and Apatow's point certainly stands. And he didn't stop there in confronting the Cosby sympathizers. "It is not extortion when most of the accusers do not want anything. There are much older woman who suffered for decades."

It's important for celebrities to speak out so explicitly. For Apatow, so often associated with the bro-ier aspects of comedy (Girls aside), it's an important move of solidarity with Cosby's female victims. He also voiced his confusion about "why some people try so hard to not believe women who have been assaulted. What is the root of that?" Hint: it probably has something to do with the patriarchy.

It's good to see a man who is considered by many to be a comedy god addressing the fact that comedians can be questioned and held accountable, even a great like Cosby. Apatow also questioned something I've been wondering about, having seen Cosby on lists of touring comedians:

I'm glad Apatow is holding these venues responsible, especially considering the horrible fact that, as E! points out, Cosby recently received a standing ovation at a show in Florida. However, Apatow seems to have lost a little bit of heart, tweeting:

I'm not sure if this is true, though I also wonder how many people in that number are just ambivalent. Don't stop fighting, Judd! Apathy can be just as dangerous as denial.