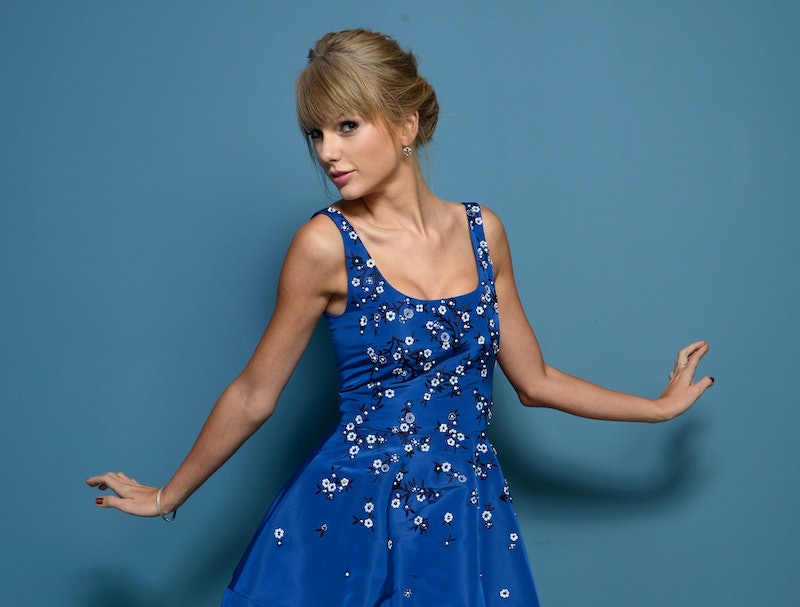 Although 2014 is coming to a close, there's something that isn't ending anytime soon. I'm talking about the amount of times I'll be listening to Taylor Swift's 1989 on repeat. I just can't get sick of those songs, and apparently I'm not the only one. Proving the reason why Billboard named Taylor Swift "Woman of the Year," the 25-year-old singer recently made music history... again! Swift became the first artist to hold the top spot on the Billboard Artist 100 list for 10 weeks in a row. It's longer than any other musician in the chart's history. Here's what the Artist 100 chart measures, according to Billboard.com:

Previous front-runners included Sam Smith, who held the top spot for three weeks, and Ariana Grande, who ranked first for two weeks. Either way, Swift blew those records out of the water.

This isn't the only time T. Swift made history this year. She became the only female artist to ever replace herself at the top of the Billboard charts with back-to-back top singles, which happened when "Blank Space" outranked "Shake it Off." Also, Swift was the only artist whose album went platinum this year.

So it's official, we can declare 2014 the Year of Taylor Swift. Congrats, Tay!

More like this
Taylor Swift Wants To Direct A Movie Next — But You Might Have To Wait
By Radhika Menon
Everything To Know About Taylor Swift’s 10th Studio Album, 'Midnights'
By Grace Wehniainen and Jake Viswanath
Ramin Djawadi Is Living Out His Dreams
By Rebecca Long
Twitter Is Freaking Out Over Rihanna’s 2023 Super Bowl Halftime Show Announcement
By Stephanie Topacio Long
Get Even More From Bustle — Sign Up For The Newsletter