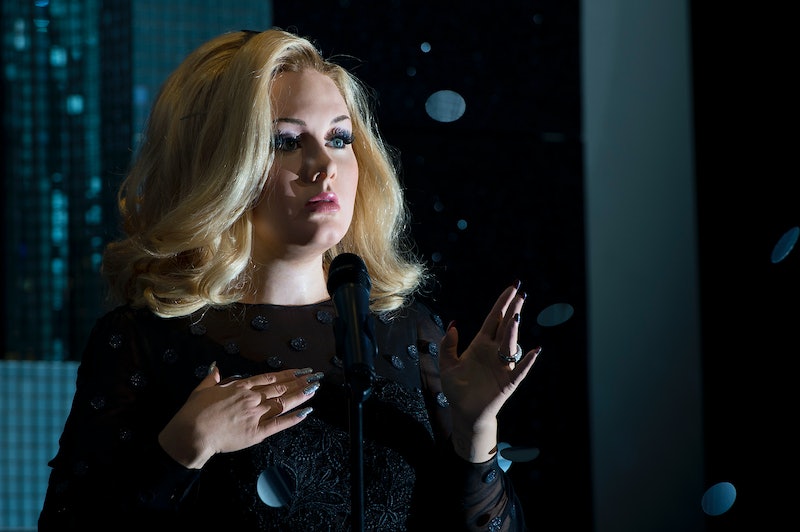 As one can imagine, many celebrities try to keep their personal lives hush hush, especially when it comes to significant others. I don’t blame them; they’re basically like ants under a magnifying glass when it comes to the media scrutiny over their relationships. Celebs like Emma Watson (who claims not to date famous people), Matt Damon, Lady Gaga, and even Emma Stone and Andrew Garfield like to keep their love lives under the radar. So it’s understandable that Adele fired back at rumors that she broke up with Simon Konecki recently on Twitter, setting the record straight about her own relationship.

Rumors recently spread in British tabloids this weekend that Adele and Konecki, who raise their 2-year-old son together, had parted ways, but unsurprisingly that isn’t true. And Adele wants everyone to know it.

“Just wanted to wish everyone happy holidays & all the best for 2015,” Adele tweeted. “PS Simon & I are still very much together, don’t believe what you read.”

So there you have it. Despite a supposed “source,” who revealed to The Sun that “Simon is back at his bachelor pad” and that “It doesn’t bode well for the relationship,” the couple is doing absolutely fine.

The source also said this:

It isn’t clear if they’ve formally split, but they are certainly not living together anymore. They’ve not spent any real time together in the past two months. Adele spends time with her mum Penny and friends in London while Simon is nearly two hours and 60 miles away. One of the last times they were seen in public ended in her heading home alone after an argument.

Personally, I think this source’s information sounds a bit iffy, and Adele clearly thinks so too. If there really was something wrong between the pair, I’m sure the singer would let us know or just wouldn’t comment on the matter at all. Plus, we all know how little Adele uses Twitter; the last time she posted something was on Oct. 30. So she must have really wanted to clear things up. Sorry, tabloids, but you lose again.