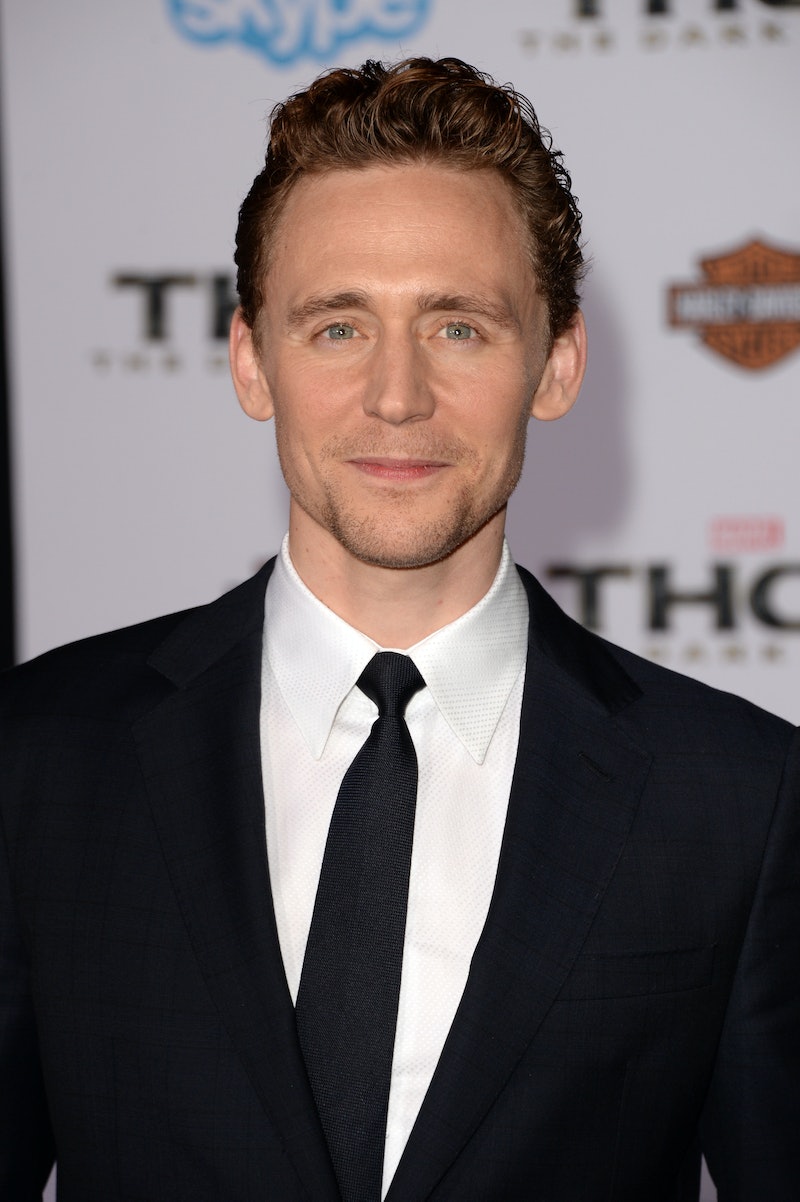 I think it's important to have goals, and there's no better time to try to achieve new things than the start of the new year. 2015 is right around the corner and even celebrities probably have things they'd like to do differently in the future. So what are Tom Hiddleston's New Year's resolutions? No one can know for sure, but I've been a fan for long enough that I think I could guess at some things he'd like to do.

Hiddleston has talked about New Year's resolutions in a 2011 interview and had some lofty goals including traveling more and buying a new car now that he finally had the money to get a decent one. (In 2015 he should go for a Jaguar since he's in their ads and he could probably get one for free!) There's no word on whether he accomplished his goals of years past. But even if he didn't, that's no reason not to make some more this time around.

He's an adventurous person, so I'm betting Hiddleston have some grand resolutions for 2015. None of this "exercise more" stuff, especially since he's already a pretty impressive runner. Instead he'd probably like vow to do one or more of the following things.

Hiddleston has been woefully unrecognized by the awards circuit. Now that he's doing some films like the Hank Williams biopic I Saw the Light, he could finally be in contention for an Academy Award. He totally deserves one, and 2015 could be the year for him to get some nominations and maybe even a trophy or two.

Connecting to fans is important for an actor so people stay engaged in your projects, both on and off the screen. Hiddleston's fans are craving more social media time so hopefully he'll throw us a bone in 2015 and tweet a little more.

Do Even More Charity Work

Even with a schedule as busy as his, Hiddleston always finds time to donate his time, money, and efforts to helping those in need. But because he's such a good person I doubt he'll stop at the bare minimum. I'm sure in 2015 he'll join even more campaigns to help the underprivileged of the world.

This was his resolution for 2012, but I think it's important to keep in mind every year especially when you have such a hectic life—something Hiddleston totally understands. "I tend to go hell for leather with everything—in work, in relationships, with food, drink, exercise and stuff," he told ShortList.com. "I just need to get the boat on an even keel, otherwise I’ll fall apart."

Yes please, because we don't want Hiddles falling apart on us.

Go on a Vacation

Hiddleston loves to travel and try new activities. He deserves some R&R after his busy filming days, but I doubt he'd spend it laying on a beach. More likely he'd use the time to learn some new skill like rock climbing or surfing, which he told ShortList.com he'd always wanted to try.

Write or Direct a Movie

Hiddleston told ShortList.com that he'd like to step behind the camera at some point. "I keep having these ideas for films that I’d like to make myself, so I’m going to start writing and directing more," he told the website. His schedule has been packed with his acting roles, but hopefully he'll have some time in 2015 to write or direct because he'd be amazing at it.

Help Get an MC Hammer Biopic Made

Sorry Hiddles, you probably can't play the lead, but you can help stir interest in the film and write or direct it. You'd accomplish two resolutions in one that way, and the world would get a Hiddleston-approved MC Hammer movie. Everyone wins.

Be Known for More Than Just Loki

Loki is a great character and Hiddleston loves him, but I'm sure he'd like to be recognized for his other work too. His talent is so wide-reaching that he deserves to be known for more than just his Marvel movies. 2015 is the perfect time to start getting his other projects out there and add to his public resume.

Inspire Others to Change Their Lives

After I wrote about Tom Hiddleston's niceness, I noticed many people on Twitter were writing about how his attitude was inspiring them to want to be more like him. I'm sure he'd be beyond flattered to learn that people don't just love him, but they look up to him and want to follow his lead by doing good in the world.

Here's to a great 2015 in which I'm sure Tom Hiddleston will continue to give us all the feels.