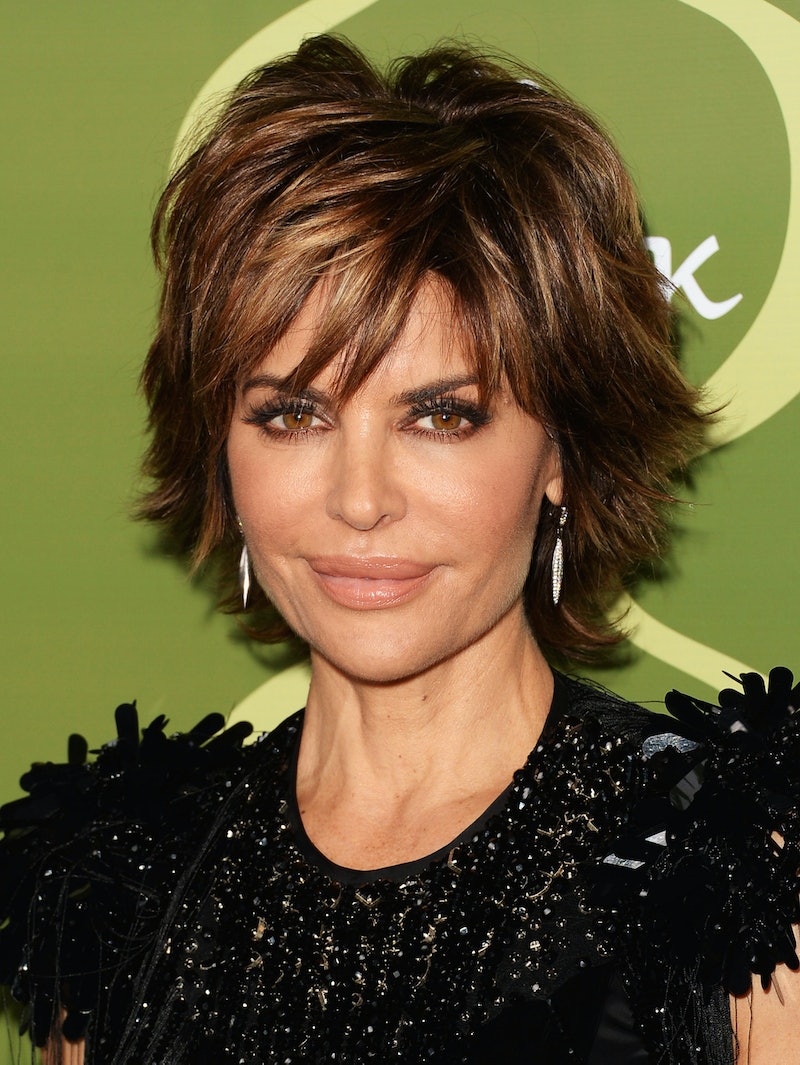 The cast members of Bravo's The Real Housewives of Beverly Hills are renaissance women. Lisa Vanderpump is a restaurateur and could sort of bust a move on Dancing with the Stars. Brandi Glanville is a model, author, podcast host, and troublemaker. Now we all know RHOBH newbie Lisa Rinna can act, but does she have what it takes to host Access Hollywood Live , too?

That's exactly what the Dec. 30 episode of RHOBH will be about, at least on the Lisa R. front. Last week, we took a walk with Lisa down memory lane as she visited her hometown of Medford, Ore. before she said goodbye to her childhood home for good. But now it's back to reality and back to work this week, as we tag along behind-the-scenes of Lisa's guest hosting stint on the Aug. 13, 2014 episode of Access Hollywood Live.

If you're not familiar with Access Hollywood Live, it's pretty much what it sounds like. It's the live version of that syndicated entertainment news show Access Hollywood, but it's, well, live. It also has more of a talk show format with hosts Billy Bush and Kit Hoover discussing the entertainment news of the day and interviewing some celebs eager to plug their latest projects.

Lisa filled in for Billy one day while he was on vacation last summer, and if you had any doubts in Lisa's ability to get the job done, you were so, so wrong. I mean, have you seen how open, kooky, and downright funny Lisa is on RHOBH? She basically has no filter and is never afraid of looking ridiculous. The woman is naturally entertaining, not to mention she does this sort of thing for a living as an actress and TV personality.

Of course, Lisa brought her delightful self to Access Hollywood Live last August. She helped Mark-Paul Gosselaar and Breckin Meyer from Franklin & Bash complete the ALS Ice Bucket Challenge by asking them to take off their shirts. Hey, can you blame a gal for trying?

Lisa also spiced up one of those usually dull lifestyle how-to segments on throwing an end-of-summer bash. She asked if she could add alcohol to some blue punch decorated with rubber duckies, said she would "eat anything on a stick" while making fruit shish kabobs, and was brave enough to actually eat some of the snacks on live TV. In a world where women are seldom shown eating on TV, you have to admit that is (sadly) quite impressive.

Finally, the piece de resistance of Lisa's Access Hollywood Live hosting stint. Earlier in the show, Meyer nominated her to complete the ALS Ice Bucket Challenge, which Lisa accepted. Clad in athletic gear and standing in a small, inflatable pool, Lisa nominated Kim and Khloe Kardashian and Kris Jenner to take on the challenge next. Then, she doused herself in ice water on live TV, and of course screamed and shivered after she had done so.

Maybe Lisa should think about adding another TV show to her growing resume.